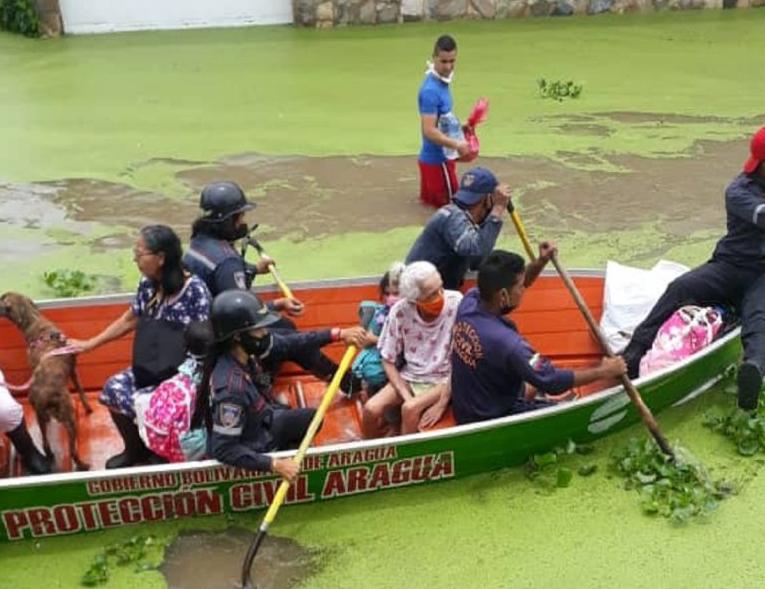 Within the framework of Global Climate Week in Venezuela [September 21 to 25], the Venezuelan Observatory of Political Ecology has compiled some key elements that allows one to understand the advance of climate change in our country, as well as the climate emergency.

2020 has been a year of great uncertainty, in which we, as societies, have been overwhelmed by the global health crisis detonated by the COVID-19 pandemic. However, this current juncture is part of a broader crisis of civilisation, of which the climate emergency is one of the clearest expressions.

The advance of climate change in Venezuela has been reinforced by the pandemic, but it also continues to show indicators of an escalating climate emergency.

What does “climate emergency” mean?

To understand the declaration of a climate emergency, subscribed by 11,258 scientists from 153 countries, we recommend Erick Camargo’s article “Scientific Report Declares a Climate Emergency. What About the Social-Civilisation Elements?” Camargo’s article also questions this declaration from a critical ecopolitical perspective, which contextualises it as part of a crisis of civilisation.

From a critical perspective, researcher Liliana Buitrago has also analysed the dynamics of consensus and dissent behind the scenes at the COP25 in her recent column Climate Emergency, Notes on a Disagreement. The COP25 conference could not be held in Chile because of the social conflict there.

What is the progress of climate change in Venezuela?

According to a study published by the scientific journal “Nature,” millions of Venezuelans could lose their homes due to [the impact of] rising sea levels and as a result of climate change in general, including entire cities on the Maracaibo Lake coast [Zulia State] and in areas of the Orinoco Delta and Tucupita [Delta Amacuro and Monagas States].

Likewise, according to a team of Venezuelan scientists, Venezuela’s last glacier – Humboldt Glacier [Merida State] – could disappear in 20 years due to rising temperatures in the higher parts of the planet rather than in the lower plains.

One of the most evident impacts of climate change in our country is the change in forest and vegetation fires pattern, providing evidence about the rising temperatures in the region and the increasing number of hotspots in different parts of Venezuela during the dry season. This analysis by geographer Mariangel Vielma offers technical elements to understand the effect of climate change in Venezuela.

Similarly, evidence can be found in the recent bursting of the banks of the Limon River in Maracay, Aragua State, similar to the iconic tragedy that occurred more than 30 years in the same spot due to similar causes. Currently, hundreds of families in the region remain in a state of a health emergency due to the disaster. This event allows us to evaluate some key aspects and to understand the climate emergency in Venezuela, as Erick Camargo proposes in his essay “What does the bursting of the banks of the Limon River tell us about Venezuela’s climate emergency?”

Can we understand the coronavirus pandemic as an effect of climate change and the crisis of civilisation? Does the fight against climate change lose visibility in the context of the pandemic that has overwhelmed the health systems of many nations? Sociologist Elsa Rodríguez’s article “Coronavirus: hidden connections, woven narratives” discusses the relationship between coronavirus, the COVID-19 pandemic, and environmental aspects.

Alternatives in the fight against climate change in Venezuela

In his article “Educate for the climate emergency,” José de Sousa Infante invites us to ask: how can we live our lives, in the proximity of a planetary catastrophe, in which a huge number of living beings may disappear?

In this series of documents, researcher and activist Francisco Javier Velasco presents a reflection on the possibilities that cultural contexts – particularly local indigenous and campesino communities – offer, with designs, plans, and programs that represent an alternative to those driven by dominant institutionality at the global, regional and national levels in the fight against climate change.

The Venezuelan Observatory of Political Ecology is an independent left wing organization that promotes policies to counter environmental damage and climate change in the country.