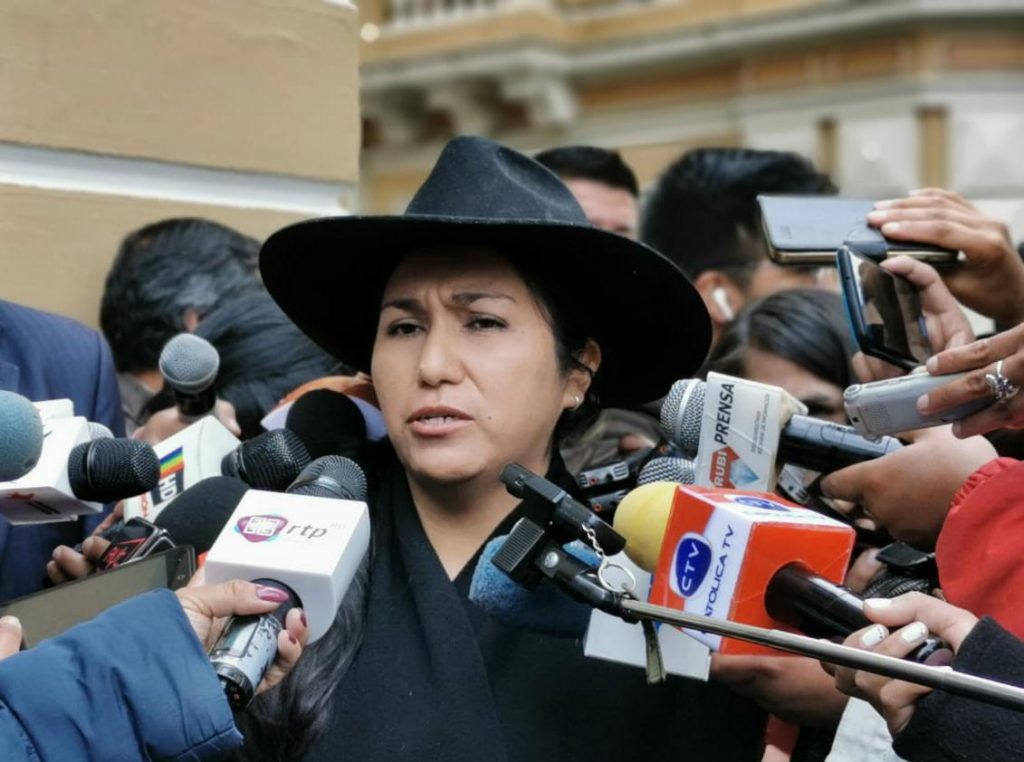 Marianela Paco, in a press conference this Monday. Photo: MAS

The MAS spokesperson questioned whether there is an inter-institutional agreement that TSE President Salvador Romero signed with the Armed Forces and the Police, keeping the details confidential.

The spokesperson of the Movement Towards Socialism (MAS), Marianela Paco, denounced this Monday, before the international community and the country, that a “second coup” to democracy is underway with several aspects that she detailed.

She said that her party fears a total absence of transparency in the quick count of the votes of the Supreme Electoral Tribunal (TSE), the return of the same observers from the Organization of American States (OAS), the declaration of a “curfew” for six days and the custody of the voting records by the military and police who participated in last year’s “coup d’état”.

“To date (the TSE) has not shown the Bolivian people whether the rapid count system is internationally certified, as was the case with last year’s count system; it has not shown what changes have improved this count system from last year. If the results are shown by minutes and with photographs, if the results are shown by table or enclosure, they have not shown us how that system is going to work. Therefore, there is no transparency”, denounced Paco on behalf of MAS.

The MAS spokesperson questioned whether there is an inter-institutional agreement signed by the president of the TSE, Salvador Romero, with the Bolivian Armed Forces and Police, the details of which are in reserve.

“Those who have ordered the burning of the minutes and the electoral tribunals again want to guard our votes; then the population is unprotected. For that reason, I denounce before the international community this lack of transparency and lack of guarantees to the claim,” she said in a press conference.

She assured that with these solid arguments the international community is alerted to take a stand and prevent these people from returning to Bolivia because they were responsible for taking away democracy, peace and development from the country.

The elections will take place on Sunday, October 18. Six candidates are qualified; Jorge Quiroga, from the Free Alliance21, has just declined, and earlier Jeanine Áñez, from Juntos, had withdrawn.