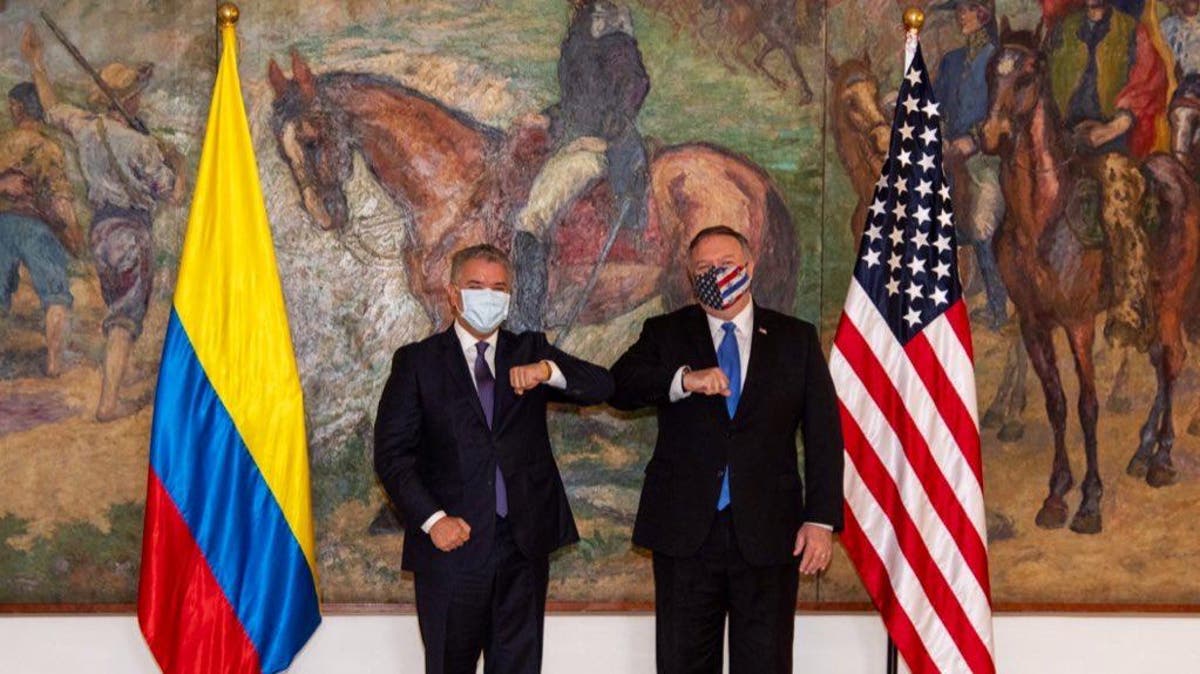 The same week that a report denouncing the Venezuelan government for crimes against humanity was made public, by an “Independent International Mission” that never set foot in the country and was based on opposition testimonies and social networks, Secretary of State Mike Pompeo was visiting Brazil and Colombia to continue feeding the rhetoric against the Bolivarian revolution during the U.S. presidential campaign, but also in the middle of the electoral campaign for the legislative elections that will take place on December 6 in Venezuela.

In Brazil, Pompeo called Nicolas Maduro a drug trafficker, and said that Washington will continue to work to get to the “right place” regarding the crisis unleashed by the blockade and sanctions imposed on the Venezuelan economy. In Colombia, his main partner in the region, he accused the Venezuelan government of collaborating with terrorism and harboring ELN members and FARC dissidents.

Although Colombia is the main supplier of cocaine consumed in the United States, Venezuela is not considered responsible for terrorism and drug trafficking, despite the fact that Venezuela has no coca leaf, unlike its neighbor, which has more than 200,000 hectares of crops, 10 times more than, for example, the hectares of coca leaf cultivated in Bolivia.

But it is necessary to stop at Pompeo’s visitto Colombia, who we should not forget was Director of the CIA. His main objective was to promote a change in strategy to overthrow the government of Nicolás Maduro, beginning with the impact on the electoral result of the December legislative elections.

The US delegation finalized details for the arrival of 300 soldiers who would be installed in a new military base in the border city of Cúcuta, specifically in Cerro del Tasajero, a key location at the geopolitical level because from there one can see a good part of the Colombian-Venezuelan border, and the oil tanker Lake Maracaibo.

In addition to asking Ivan Duque for his support in promoting the Republican vote among the Colombian community in Texas, New Jersey and South Florida, Pompeo asked Colombia for its considerations on the new operational and media strategy designed against Venezuela, which would include everything from a military action in a tripartite coalition (US-Colombia-Brazil), to the declaration of fraud and ignorance of the results in the style of Bolivia, paramilitary infiltration from Colombian soil, terrorist revolts in the form of guarimbas, and even an attempted assassination against Maduro.

Pompeo mentioned to Duque that during his stay in Brazil, he agreed with Bolsonaro on the support of the Brazilian army for an eventual military intervention in Venezuelan territory. The creation of false positives that justify an armed intervention of the coalition is being contemplated, which could be translated into an attack to an embassy in Caracas of a country allied with the United States, as well as aggressions to diplomats and high opposition leaders. To this end, a paramilitary group, trained in Inirida by Venezuelan deserters supervised by US and Israeli mercenaries, has already moved into Venezuelan territory.

Pompeo also asked Iván Duque to carry out, during the month of October, anti-narcotics operations, especially on the border areas of the departments of Arauca, Norte de Santander and Guajira, so that they would serve as a pretext for the arrival and deployment of military personnel who could be used in destabilizing actions in view of the December 6 elections.

Another element that would justify a possible military aggression would be the prepared denunciation of an alleged purchase of medium and long range Iranian weapons, with which Venezuela would allegedly attempt to attack Colombia.

As we have already denounced in the column “G4 electoral sabotage”, on December 6 it is expected that there will be serious alterations of the public order in Venezuela (looting and attacks to public institutions) with the objective of promoting the thesis of a failed state that would increase international pressure on Venezuela.

Pompeo also made it clear to Duque that Guaidó is no longer a main player in his strategy of interference, so that he must not protect his idea of a parallel government in exile that may end with Chavismo being favored electorally. The US bet is now moving towards Capriles, who in spite of the doubts that surround him after his release from prison, is useful to them in promoting the campaign to discredit the elections, together with Almagro, the OAS, and other voices of the international right.

Colombia was key in the election of Mauricio Claver Carone, the State Department’s candidate for the presidency of the Inter-American Development Bank (IDB), and it seems that it could once again play a decisive role both in the international justification of new economic sanctions against the mining and oil sector, and in becoming a platform for a new paramilitary aggression with the aim of destabilizing the Venezuelan legislative elections.

In the month before the presidential dispute between Trump and Biden, where a good part of the result can be played in the pendulum state of Florida, and unfortunately, votes in the United States can be translated into deaths in Venezuela.