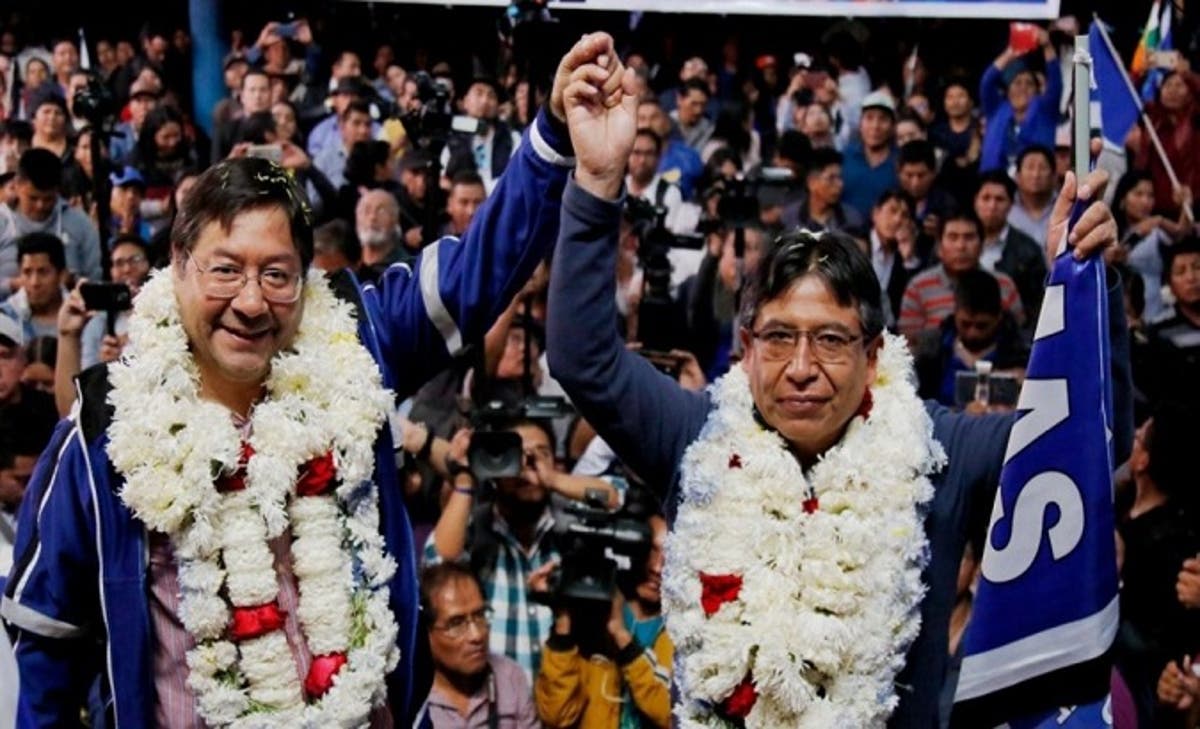 It has become clear that Washington, supported by the Lima Group and the reactionary forces in Bolivia, is striving, at all costs, to maintain control over the high plains nation, beyond the elections of October 18.

This objective can only become a reality and materialize according to Washington and its optimistic forecasts, with the victory of the candidate of the right-wing party and former President Carlos Mesa Gisbert. This, considering that after the defeat of one of the US puppets in the region, businessman Mauricio Macri who protected US interests by leading Argentina into a deep economic crisis, the White House, after this resounding failure, seeks to restore its political influence in Latin America. How? By interfering in the internal affairs of Bolivia, as was the case with the coup d’état of November 2019, subsequently establishing the guidelines for the actions of the de facto government and the right wing in general, and now giving priority to Carlos Mesa.

Washington has spared no expense or effort to impose as a candidate its man of confidence, through manipulation and disinformation, financial support and political influence, as was clearly observed, when it demanded the withdrawal of de facto president Jeanine Áñez from the race as a candidate for the presidency so as not to disperse the vote of the Bolivian right. In spite of these efforts by the US administration to establish its objectives, which are becoming less secret, the Bolivian population, according to internal and external opinion polls, clearly rejects the interference plans of the United States and its intelligence agencies that would turn their country into an obedient colony of Washington.

In the face of these threats of intrusion and destabilization, every day the people of Bolivia are expressing more and more support for the candidate Luís Arce as the leader of a country independent from the influence of the United States. A politician whose mind would allow Bolivia to return to the path of development that it had enjoyed for fourteen years. A progressive advance accompanied by clear stability, which in the range of candidates can only be guaranteed by the representative of the left forces of MAS, the economist and former minister Luis Arce. A candidate who with a firm step is approaching victory in the first round. The task today is for him to surpass his follower by ten percentage points, in such a way as to avoid a second round.

To avoid this unfavorable scenario in terms of the hegemonic pretensions of the Trump administration – which is also in the midst of an electoral process – Washington withdrew support from the de facto president and presidential candidate Jeanine Añez, who resigned her candidacy on September 17. The idea of the United States, two weeks away from the general elections, where the president and the legislative body are elected, is to play all the cards for its chosen one and the White House favorite: former president Carlos Mesa Gisbert, and to concentrate political communication efforts, economic and logistical support on a right-wing candidate, which could mean in a few days the resignation of Luis Fernando Camacho under the same arguments of Añez “Today I leave my candidacy aside in homage to freedom and democracy” which in plain language would be “I leave this candidacy because Washington ordered me to”.

For the October 18 election, the White House is playing its chips to the hilt. And, to do so, it counts on the unconditional support of the genuflexion of the Secretary General of the Organization of American States (OAS), the Uruguayan Luis Almagro, who has confirmed the deployment of a mission of observers made up of 30 people, in order to guarantee the result expected by his master in the north: the defeat of Luis Arce by any means, and since it will not be possible through the votes, we can expect accusations against him and opinions aimed at undermining the image and the triumph of Arce. Almagro and his people know how to do this. Let us remember that a similar situation occurred in November 2019 when the OAS, the US colonial ministry, under various pretexts did not recognize the legitimate triumph of Evo Morales, applied the whole menu that Washington usually uses in its coup kitchen with its color revolutions, proven in countries where Washington places its instruments of domination and then washed its hands of the fact that the elections were clean: the damage was already done.

The US intelligence services, supported by agencies like USAID and local partners on the ground, have focused on trying to divide the Bolivian population, pushing criminal cases against MAS militants and sympathizers, as well as instilling a negative view among Bolivian society towards the image of former President Evo Morales Ayma and the government he headed, accusing him of sexual misconduct, corruption and terrorism. An international arrest warrant was even issued, which was rejected by Interpol for the second time. The management and ownership of the right-wing media were able to put these issues on the table and at one stage centered the debate, but that has not resulted in a decrease in the votes of support for Luis Arce, who has intelligently avoided entering the terrain to which they are trying to lead him.

The disturbed political panorama, the shameless intervention of the United States, the arrogance of the right-wing armies, the supremacist violence and the climate of hatred created, suggests that if the right-wing candidate Carlos Mesa Gisbert wins the October 18 elections, the country will face new social, political and economic upheavals. A generation of processes of strong instability and chaos, which could lead to a bloody social confrontation, the impoverishment of the population, principally its indigenous population, also aggravating the situation of insecurity that the country is experiencing. This prognosis is not very encouraging, but it is not lacking in realism, since only fraud, a task destined to falsify the results by the Supreme Electoral Tribunal presided over by Mr. Salvador Romero, a close collaborator of the candidate Carlos Mesa Gisbert, could prevent Luis Arce from reaching Palacio Quemado.

The Bolivian people have only a few days left to decide their political future, there at the polls, where political confrontations in representative democracies are usually elucidated.  A Bolivian people that mostly realizes the forces that threaten its plurinational state. That is why, in this type of democracy, the recipe for Bolivia’s future recovery is quite simple: rise early, go to the polls and cast your vote for the only candidate, who among the range of candidates, has presented a coherent program, has proven experience in good state management and exhibits positive economic figures under his management as Minister of Economy, which guarantee possibilities for Bolivia to return to the path of sustainable development.

There are no second choices for the sake of Bolivia and its people. A country threatened by a right-wing that intends to reverse all that has been achieved in fourteen years of MAS government and above all by the efforts of a United States that wants to recover the dominance it once had over this South American nation. An objective in which the presence and exploitation of numerous minerals and the focus on diversification of its imports and exports that Bolivia did, with China for example, play a fundamental role. All of this combined with the 21 million metric tons of lithium reserves that this South American country has. An alkaline metal, strategic for the energy transition, which represents almost 70% of the world’s reserves. For the dignity of Bolivia and the Latin American peoples, US interference must be widely rejected.

(1) https://www.pressenza.com/es/2020/08/salvador-romero-del-tribunal-supremo-electoral-de-bolivia-vinculado-a-usaid-y-cia/ Salvador Romero, president of the TSE is aware of this. What is his game? He appears in the cables revealed by WikiLeaks that demonstrate his link with the US State Department and the US Agency for International Development, known by its acronym: USAID. Through USAID, the Central Intelligence Agency (CIA) channels funds for political operations against non-aligned governments to the United States. Moreover, the cables reveal that Salvador Romero was an informant for former U.S. Ambassador Philip Goldberg (2006-2008), who was expelled from Bolivia by Evo Morales on charges of conspiring against the government.

USAID funded Salvador Romero’s “talks” against Evo Morales in the past. Where is his supposed political neutrality? On the other hand, the close ties with Carlos Mesa, candidate for president for Comunidad Ciudadana (C.C.) are exposed in the photos that circulate in social networks. In 2003 Salvador Romero was appointed as president of the Electoral Court (CNE) by Carlos Mesa, who was president of Bolivia that year. Evo Morales had denounced that this electoral body was an organ managed by the United States.