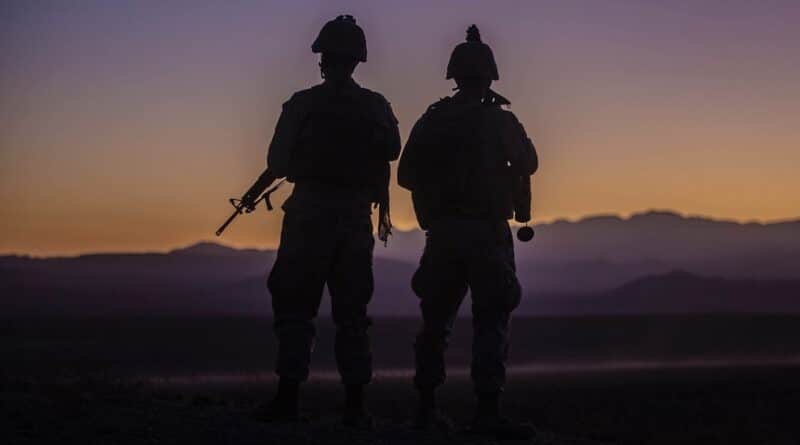 On September 11, the capture of Matthew John Heath was reported, an US spy linked to a private security contractor (MVM Inc.) who carried out a 10-year mission in Iraq as a communications operator for a secret CIA base.

Matthew John Heath was conducting espionage activities at the strategic Cardón and Amuay refineries (located in Falcón state) with a view to carrying out a sabotage operation that would paralyze their gasoline and other fuel production operations.

At the time of his capture, John Heath had in his possession an 84mm caliber AT4 grenade launcher, a 9mm caliber UZI model submachine gun, among other logistical resources, according to the record presented by the Venezuelan authorities.

The incursion of the US mercenary, far from representing an isolated action, configures a new unconventional war scenario that is outlining the use of sabotage methods, low intensity violence and focused actions to hinder the critical areas of operation of the Venezuelan State, among other classic resources of fourth generation warfare, such as psychological warfare via social networks and the plausible denial of international actors involved.

In this context, in his speech yesterday, President Nicolás Maduro warned that the US government has given a “green light” for the CIA to engage in “covert operations” against Venezuela.

For his part, the president affirmed that the DEA has been delegated an operative role to advance in new attacks against the Republic, focused on affecting sensitive areas such as oil production, gasoline, electricity service and other areas of strategic importance for the stability of the nation.

Maduro described these actions as a “dirty war” and asked the Venezuelan people to be on alert. In addition, he announced the activation of “Plan 76” “in all the states, municipalities and peace quadrants of the country so that, in perfect Civic-Military-Police union, we guarantee peace, stability and a sovereign election in which our people elect the new National Assembly.”

The use of mercenaries for sabotage activities and targeted terrorism in Venezuela is nothing new. It is enough to refer to May 3 of this year when a mercenary incursion, led by the United States, Colombia and drug trafficking groups in La Guajira, ran aground on the coasts of La Guaira and Aragua states.

The capture of Matthew John Heath shows that outsourced warfare, by proxy, leveraged on the use of mercenaries, continues to be the most profitable and expeditious option to prop up the violent “regime change” against the Bolivarian republic.

But perhaps the strategic data is not only there. The Matthew John Heath case is emerging as a variable within a new frame of tension that acquires features of timing and planning, but above all, of urgency.

The recent and improvised tour of the US Secretary of State, Mike Pompeo, through Guyana, Suriname, Colombia and Brazil, had as a priority to rekindle the international harassment against Venezuela, taking advantage of the timing of the report by the “independent mission” trotted out by the Lima Group and used as a new weapon of criminalization against the Venezuelan State and its main representatives.

Pompeo’s movement sought to capitalize on the media effect of the report as part of Washington’s “maximum pressure” policy at the external level, an essential base of Donald Trump’s electoral campaign to win the key votes of the Venezuelan diaspora in the state of Florida.

But only the electoral calculation operated, even though Pompeo has focused his speech on the figure of Maduro in order to amplify and strengthen the main line of attack of the manipulated report.

The Secretary of State surely views with concern the failures of Iván Duque in managing armed operations against Venezuela. A similar sentiment occurs with Brazil, but at another extreme: the lack of dedication of the government of Jair Bolsonaro, a partner much closer ideologically to Donald Trump than the Colombian “deputy president” should change to contribute much more to the “maximum pressure” campaign.

So the result that the tour has left has been to tighten the nuts on an attempt at a war coalition that has not fully materialized. Heating the Venezuelan borders to inject greater pressure on the scene has been the guiding principle of the tour of the head of US “diplomacy”.

Pompeo’s visit has already had some results: taking advantage of the context of the 75th United Nations General Assembly, Duque has restarted his impulsive statements marked by aggressiveness against Venezuelan parliamentary elections, accusing Nicolás Maduro of “protecting terrorists” and sharpening the tension between the two governments a few days after an armed confrontation between the Venezuelan military and Colombian armed groups in which 4 FANB troops were killed.

The clash represents another variable of unconventional warfare, aimed at attrition through low-intensity actions against the FANB. In Colombia there is a special brigade of the US Army that supposedly advises the Colombian military forces, which raises all kinds of concerns about these latest movements.

In Brazil, on the other hand, the Senate has confirmed Nestor Forster as the country’s ambassador to the United States. The diplomat, in February of this year, declared his intention to increase military cooperation with the United States, just one month before the Southern Command and Brazil signed a defense agreement that provoked multiple criticisms in the Brazilian military sector.

In the White House there is uncertainty about what may happen from November 3 onwards when the presidential elections take place. In these circumstances, the message transmitted by Pompeo on his tour consisted of accelerating the pressure and taking advantage of the favorable conditions offered by Colombia and Brazil: extensive and porous borders, where drug trafficking groups and various mafias coexist, could be exploited in destabilizing events, skirmishes and chaos aiming at undermining the electoral climate in Venezuela.

The synchronization of Pompeo’s movement with the publication of the report and the arrest of the US spy, and that of these with the confrontation between the FANB and Colombian armed groups, is outlining a line of unconventional warfare deployed especially in the security field.

With this panorama of actions and maneuvers exerting their objective weight on the national political situation, yesterday there were clashes between Venezuelan police forces (FAES, CICPC, PNB) and the El Coqui and El Vampi gangs at the Caracas’ barrio “Cota 905”.

These heavily armed gangs with an important operational deployment in the Cota 905 have become symbols of organized crime in Venezuela, and in recent times they have been showing signs of paramilitarization.

The activation of criminal groups in contexts of political and international aggression does not only exist in the doctrinal record of unconventional warfare. In Venezuela, within the framework of the color revolutions of 2014 and 2017, criminal groups were used by the opposition to degrade the containment capacity of the security forces.

But in this case the synchronization of armed factors is subordinated, partially, to other events on the political scene.

For example, the criminalization report promoted by the Lima Group aggressively questions the actions of the FAES, a special operations body that has a strategic role in neutralizing dangerous armed gangs.

The immediate effect of this questioning has been the whitewashing of all the illegal armed groups that confront the FAES, be they foreign mercenaries or local armed gangs.

The report grants, in this sense, a kind of license for the action of irregular factors that could be being taken advantage of, while the special operations corps already carries with it the stigma of the “violation of human rights” that tries to delegitimize its functioning.

President Nicolás Maduro has been emphatic in noting that Washington has given a “green light” to the direct involvement of US intelligence in a new agenda of “regime change,” low-intensity warfare and selective and forceful sabotage. And, from previous experience, we know that the security field is strategic and the first nucleus to be attacked and destabilized.