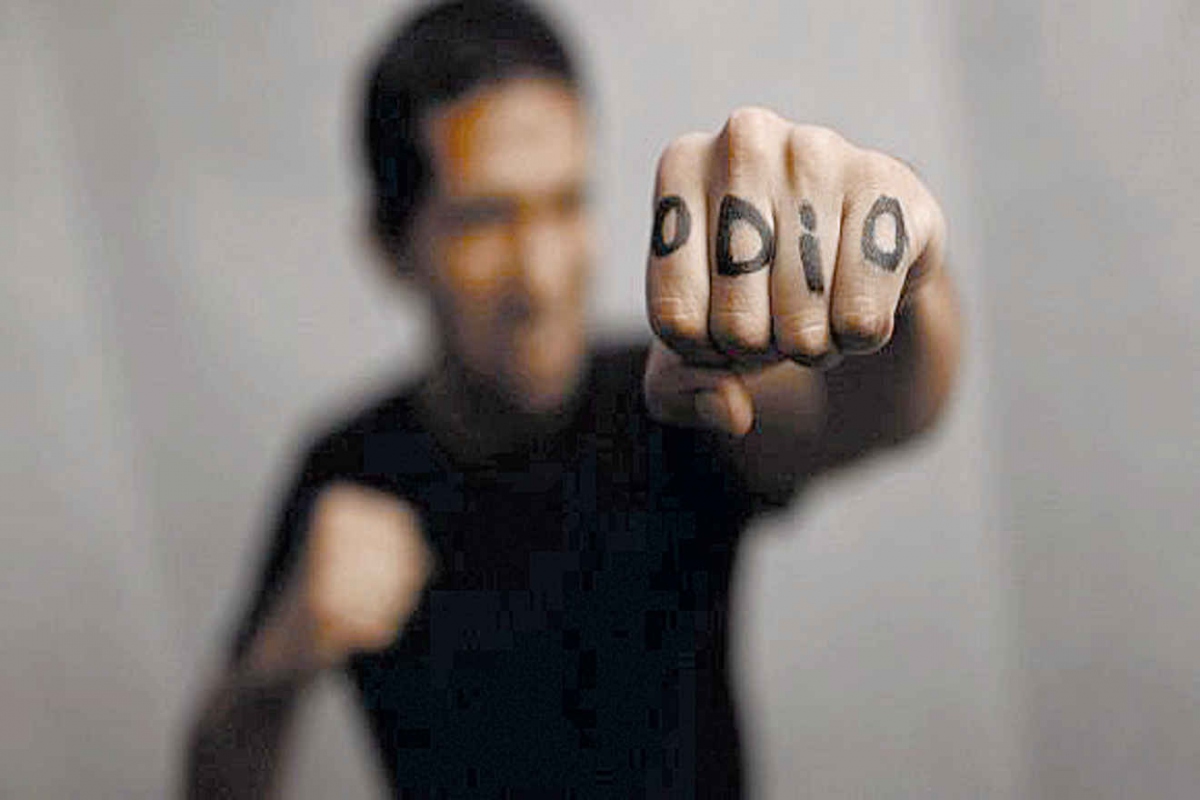 In a video recently released on social media, an anonymous performer sings a song expressly justifying the assassination of Venezuela’s legitimate and constitutional president, Nicolas Maduro, by the White House’s Donald Trump.

The musical garbage also sings about the prospect of killing other leaders of the Bolivarian Revolution, with a message aiming to convince listeners that with the extermination of Chavismo, all the evils suffered by our besieged homeland would disappear overnight.

The distribution of this type of grotesque production is not a coincidence, especially in the context of Washington’s escalation in genocidal threats, which happens in collusion with the greasy governments of Ivan Duque and Jair Bolsonaro in Colombia and Brazil, respectively, as well as those at the forefront of the most extreme sectors of the Venezuelan opposition.

The intention is to prepare the ground in the media, and especially psychologically, so that people internalise the idea that foreign intervention would be the best thing that could happen to the country and to the bulk of the population in the current circumstances.

In the lyrics of the aforementioned “song,” there is an intrinsic element that has been around with significant intensity in the last two decades and which has intensified in recent weeks: hatred became a tool used by the opposition in its efforts to regain the power and privileges which it lost upon the arrival of Hugo Chavez.

Recently, opposition sectors on social media have wretchedly celebrated the passing away of two important Chavista figures: former minister José “Chino” Khan and the head of the Capital District government, Dario Vivas, who was also the iconic organiser of the mass marches of the United Socialist Party of Venezuela (PSUV) and other revolutionary forces.

When COVID-19 infections began to exceed 1,000 cases per day and fatalities began to climb, these same sectors celebrated as the news supposedly fuelled their macabre calculations of an overflowing pandemic which could open the door to their golden dream of the desecration of our territory by foreign military forces with the “mission” of “saving us” from the apocalypse.

This is a recurrent conduct with one obvious purpose: to destroy what they consider to be their enemy at any cost. They have expressed it in different ways and on multiple occasions: incinerating people alive; setting fire to institutions with children inside; placing steel wires between streets to slit the throats of people going by; preventing those who require urgent medical attention from passing through barricades; applauding “sanctions” which attempt to deny us access to food, medicine and other essential goods; promoting the murder of innocents at the hands of snipers; persecuting peers for “looking” like Chavistas or having blown skin.

When the terrible disease that would eventually lead to the passing away of our supreme leader [Chavez] was announced, they painted “Long Live Cancer!” on the walls.

Other examples include shooting at marches or throwing blunt objects. In fact, in the 2002 coup d’état, this was the driving force behind the attempt to assault the Miraflores Presidential Palace along with the attempt to carry out a terrorist sabotage of our oil industry.

This hatred without argument is inoculated in the population through the press and social media, and it sits deep inside some of the opposition’s main “leaders,” including Leopoldo Lopez, Juan Guaido, Julio Borges, Maria Corina Machado, as well as in their master, the current tenant of the White House.

Psychologist Fernando Giuliani, a professor at the Central University of Venezuela, has dedicated some of his recent work to the presence of hatred in Venezuelan politics. He is also a member of the Collective of Psychologists for Socialism. The following is his take on the issue.

Hate has always been used in politics, with the most extreme example being Nazism and fascism. The basis of hate is usually a conflict based on prejudice. When we observe a collective conflict, prejudice, through its attribution to a certain type of people or characteristics that threaten those who feel it, is usually the way out ahead. These type of people or characteristics are then transformed into a psychological object which makes one afraid. They are saddled with perverse characteristics, which touch upon unconscious elements that awaken prejudices and stimuli in people.

Not everyone feels hatred. There is a seed in some people’s personality which makes them able to feel some things, and if that is stimulated by attributing power over one’s own life to a certain group, that becomes more dangerous. Not only will one reject them, but now one begins to fear that if they have power, they will impose unacceptable conditions.

Hate is used because it has a very high irrational and emotional component, which is the easiest thing to manipulate. Thoughts and feelings are manipulated while addressing the most irrational aspects of our lives.

We are not born with prejudices. They are built socially. There is an ample field of thought which is not irrational because it is pathological. It is habitual thought, and it does not necessarily go through reason. We are not yet talking about hate, but about prejudice. When it is stimulated (and it is very easy to do so when the media starts repeating the same thing over and over again), people’s common sense starts reproducing it and thus socialising it. Socialisation agents can even include family members. Prejudice is in society.

When this is used in politics, the goal is to create a breeding ground for instability. This leads intentionality to the introduction of elements that, in turbulent waters, may lead to the collapse of a government. It’s not too hard to see. The problem is that not everyone believes it because it is not easy to accept that one can be the target of manipulation. People resist believing it. It has been induced, and, in political terms, has always been used as a strategy.

Hate is a human possibility. It is unpleasant to say so, but it is a persistent feeling which is directed towards a person or group of people. We need a group that, under persistent conditions, generates a desire to inflict suffering on another group. It is a psychological state that is installed and works back on us. Part of that desire can include exterminating others. Generating suffering is what defines hatred. It is its main engine and must have been previously created. There is no spontaneous hatred.

In Venezuela, hate is introduced into politics as a destabilising tool. A society permeated by violence, with high levels of irrationality, is a breeding ground for factors that will make a country ungovernable, thus triggering the government to fall. Because there is a high dose of irrationality, one does not know how far it can go, and that demonstrates the lack of scruples of those behind it. Here, this has been applied through unconventional warfare, including psychological operations, which take advantage of the cracks already existing in our society.

In Venezuela, the construction of social classes always involved discrimination towards the poorer classes. This was especially evident in the 80s and 90s when the model of extreme consumerism began to consolidate itself and ended up dividing society in two very unequal camps, with very great poverty levels and a deep exclusion rate.

The basis of prejudice was always there, and we can trace it back to before Chavez’s arrival in office. After that [opposition sectors] began to affirm absurd things, like Chavismo was going to take away people’s parental power over their children. People believed this because there is an alteration in what we call the principle of reality: they tell you that something is going to happen; time passes and it does not happen, but the irrational part of fear does not allow you to verify it. You are convinced that while it has not yet happened, it may happen. The prejudice acts upon people not because they have a pathological problem, but because the threat is so strong that it can not be forgotten, even if it has not been fulfilled. It continues to feed fear. Given this situation, the inciting of prejudice towards Chavismo was always going to yield its terrible dividends from an ethical point of view.

This was always present because [opposition sectors] have never regarded Chavismo as a political force or as a cultural expression. Chavismo generated contempt because the opposition has never assumed that it is a project which can be confronted.

All this generates what we have today. The great objective [by the opposition] is to unleash a confrontation that, according to them, is always just around the corner.

They don’t take into account that if they manage to assassinate President Maduro, it will be very difficult to contain the response from Chavismo. With accumulated anger against Guaido and against Borges that can explode at any moment, [this conflict] has been controlled so far because the President is a man with great political and historical sense who knows that if we open the dam propped up by our peace, it would be impossible to resume governance afterwards because hatred will operate with functional autonomy.

Hate, which is more than an expression of political struggle, is an underlying feeling in social relations. Transposing the personal aspect into the complex world of the social, I would say that hatred, the superior stage of negative feelings that one human being could feel to another, emerges and is used as a driving force in politics when class struggle moves towards a higher stage.

As long as the ruling elite can manage political power at will and multiply its capital at the expense of the vast majority, it uses all means at its disposal to hide the inevitable social tension generated after a convenient peaceful social coexistence. This peaceful social coexistence is a façade, and when the position [of the elite] is threatened, the door to hatred and all kinds of prejudice will be opened by wildcards justifying the imposition of their interests and privileges by force.

Destruction was unleashed since the beginning of the century by US representatives in the service of the lords of large capital, who try to defend the US’s global hegemony. In the case of Venezuela, re-founded as it was as the Fifth Republic, we can see how the dominant elite, which had managed to establish a peaceful coexistence with the leaders of the Democratic Action and Copei parties, sought all kinds of tricks to prevent Commander Chávez from coming to power [in the build up to 1998] and upon seeing their status jeopardised.

Once they were defeated in the elections and persuaded of the futility of negotiating with Chavez, [the elite] devoted themselves to slandering him, sabotaging his administration and trying to overthrow him, which they achieved for a few hours. But, with the return of Chávez, of the constitutional order and of the laws affecting their interests, with the quantitative and qualitative strengthening of Chavismo, the [opposition’s] electoral failures and the subsequent victories of President Maduro, [these sectors] switched to the side of complete active and militant hatred. This hatred has been sharpened as a combat weapon cultivated as a habit to capture the support of middle range classist and racist sectors, and to recruit cannon fodder in the popular sectors surrounding their comfort zones.

This is aperverse hatred, which has turned [opposition supporters] into abominable beings, criminals and agents of the enemy, co-responsible for the blockade and all sorts of attacks from the United States and its allies against Venezuelans.

This disastrous and very dangerous hatred is exacerbated now by the failed attempts to undo Maduro and Chavismo, by the resistance of a people who are unwilling to fall into provocations, by [the opposition’s] collapsing national and international reputation, and by the closeness of an electoral process that will bring back the devastated National Assembly under [Chavismo’s] control.