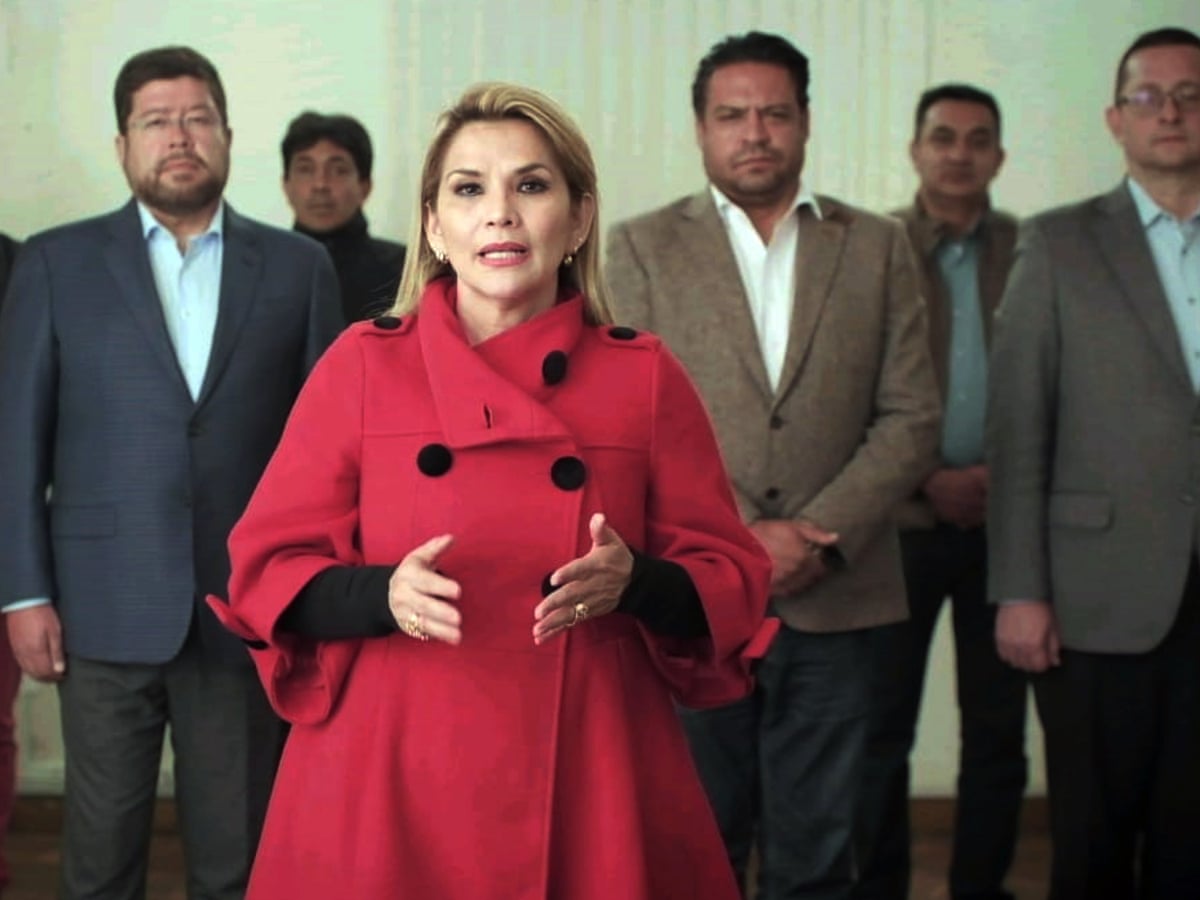 Just 31 days before the elections, Bolivia’s de facto president, Jeanine Áñez, announced her withdrawal from the presidential race. The news came one day after the most extensive electoral survey conducted to date placed her in fourth place in terms of voting intentions, far from being able to contest a second round. Her frustrated candidacy generated harsh criticism from opponents and allies since she had sworn that she would not run because she would only comply with the transitory management she assumed after the coup against former President Evo Morales. “If we don’t unite, Morales will return,” said Áñez, arguing that she made the decision “to protect democracy”. The important question now is which candidate from the right will receive the votes of the ex-senator to challenge the candidate chosen by the Movement towards Socialism, the economist Luis Arce, who is in the lead in all the polls.

“Today I put aside my candidacy for the presidency of Bolivia to take care of democracy. It is not a sacrifice, it is an honor because I am doing it at the risk of dividing the democratic vote among various candidates and that, as a result of that division, MAS will end up winning the election,” said Áñez in the message recorded and broadcast on television and social networks. “I am doing this to help the victory of those who do not want the dictatorship and I am doing it in homage to the struggle that the Bolivian people have sustained so that the dictatorship will leave forever,” said the senator who assumed the presidency in a session of the Upper House without a quorum, just a few days after then President Evo Morales resigned amidst strong pressure from the police and the army.

A poll released Wednesday ranked Añez fourth with just 10 percent voting intent. Morales’ former economy minister, Luis Arce, came in first place with 40.3 percent, and former president Carlos Mesa second with 26.2 percent. Much lower down is the former civic leader of the department of Santa Cruz and one of the great promoters of the violence that led to the coup against Morales, Luis Fernando Camacho, with 14.4 percent of the votes.

It remains to be seen which candidate will absorb the votes from Áñez. To avoid a victory for the MAS, at least half of the votes would have to go to Mesa to eliminate the more than ten percentage points that divide them and attempt to force a second round. But Áñez was very hard on the ex-president in the last few weeks. “He is in a situation of hiding in his house and now is not the time for lukewarmness,” she said days ago. According to a survey by Mercados y Muestras, the absence of Áñez would favor Mesa and Camacho’s possibilities, although it would not be enough for them to dispute the presidency with Arce.

BREAKING: Bolivia's self-declared President Jeanine Añez has withdrawn her candidacy following poor approval ratings for her regime. She has not endorsed another candidate, but says that if the pro-coup right does not unite, then 'Morales returns'. pic.twitter.com/yQCeQ3iA2p