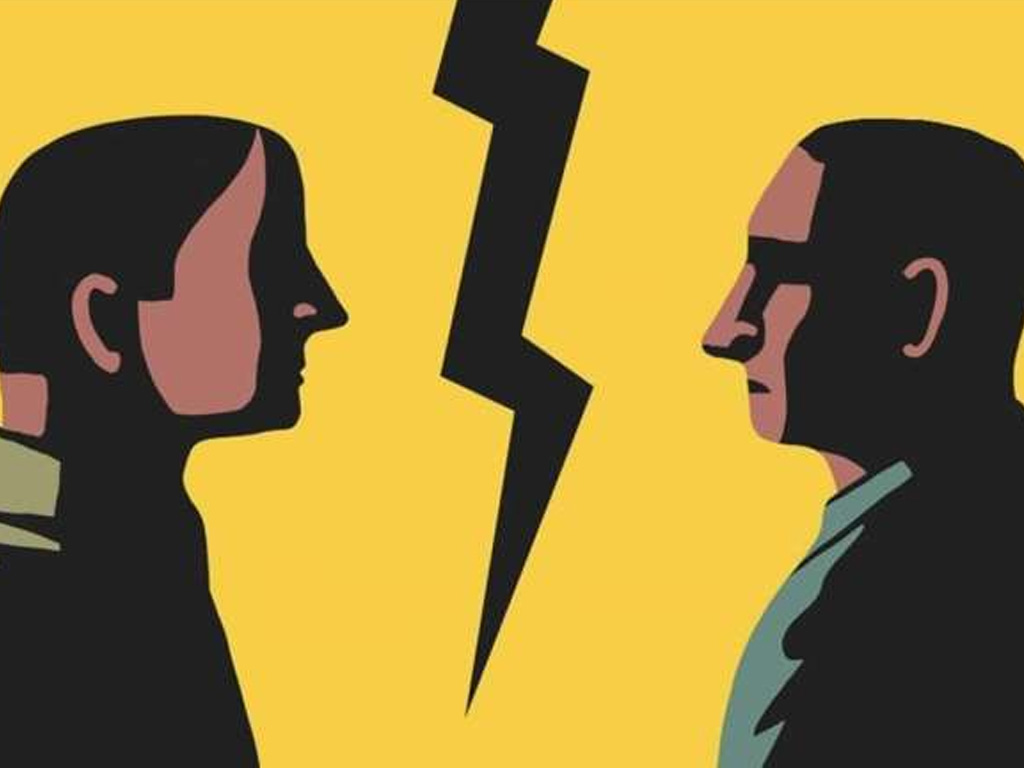 In a scenario such as the one we find ourselves in, with a paralyzed world, one might imagine that the hate-mongers would be moved to reflect and would recover some of their lost humanity when faced with so much human suffering.  However, the facts are demonstrating the persistence of hate and lies.

The pandemia of disinformation and manipulation, the perversity of media terrorism, the attempt to keep trapping captive populations as if nothing was happening in the world continues, and has become a crime against humanity.  Media lies are a weapon of war.

Reality, which in these extreme circumstances overcomes the wicked tricks of psychological warfare, establishes that the majority of the mass media on the worldwide level are managed from the center of imperialism in this period of history, and this center thus maintains hegemony over the technological revolution in communications and information technology.  This is part of their plan of achieving an absolute control of strategic communication worldwide, and is an essential part of the wars of all types that the imperialist system wages on us.

“In turn, the scientific techniques of communication, developed on a massive, world-wide scale by the large media conglomerates of capitalism, created the bases for their utilization for strategies of manipulation and of social control developed from the goals of imperial-capitalist domination,” notes Manuel Freytas, an analyst specializing in structures of power.

On this scale, the same powerful groups who accompany the predatory, neoliberal, colonial projects of undisguised capitalism have under their control the majority of the so-called “independent” (although they aren’t) communications media; making them complicit in their universal misdeeds.

They have converted disinformation into a key weapon and media into weapons of mass destruction, allowing devastation and terrible crimes, like those committed in the world by imperialist terrorism in the colonialist wars of the 21st Century.

The global media dictatorship offers no truces, nor does it pause even when confronted with a tragedy of these proportions; this includes the majority of mass communications media in the world which continue to try to confuse people with a perverse plan of manipulation that daily moves closer to the most primitive fascism, which produces long lists of victims, who, in the language of dominant power, are converted into assassins.

That is how they appear in the daily messages created by the centers of imperial power, always, to confuse and paralyze important sectors of a trapped society.

Those who let themselves be trapped by the message of those who prey on human beings, and who become sick with inhumanity, those who find it impossible to distinguish between manipulative messages and those that stick to the truth – huge segments of the population have no access to this latter type – these people fall into the trap of hatred.

In the midst of this hurricane of false news, of mercenary offers, there are a majority of journalists, communicators, film-makers, and documentary makers, just as there were in ancient times in the Catacombs, who resist and create forms of communication to confront hate and to accompany the dispossessed, the millions of human beings thrown without pity into the slums of the world.

If this network of false news could be interrupted, if a quarantine might be imposed on circulation of lies sold as information then this world in crisis might be different, for the essence of dissemination of information is the truth, which is true “freedom of expression’ and is something all people of the world have the right to have.

Fascist speech, which appeared in the mists of the past in refined and perverse language is today undecorated, brutal, and, combined with entertainments designed to strip away culture,  are used as genuine warfare to colonize consciences and promote hatreds, persecutions, wars, and create a network of negativism.

We might propose a quarantine to avoid the pandemic of hate and of false news, of terrifying bulletins as if this would help humankind to trapped between the paralysis of fear and powerlessness, and the possibility of truthful information that could calm and help control uncertainty and despair.

Journalism, today as never before, has a historical responsibility to fulfill its function of informing us with truth, serving humanity, and living up to the inescapable ethical commitment to respect international law, which has established that truthful information is a right of all people in the world.

Leaders and political parties also should fulfill their duty to block the spread of the pandemic of lies, in accord with constitutional and international norms and ethical requirements to stop this scourge of capitalism in decadence; a decaying capitalism that refuses to admit the impossibility of continuing the accumulation and concentration of wealth at a level never before seen in the world, at the same time that millions of people are condemned to a slow death by hunger and the complete abandonment of an outcast condition.

Environmental pillage is also a crime against humanity carried out by the powerful, who destroy everything around them regardless of how many lives it costs, in order to increase their fortunes, guarded by the most destructive armaments of all times; this constitutes the ecological-economic terrorism of maximum lethal power.

There are mountains of dead behind every palace built with an uncontrolled accumulation of wealth, but no one speaks of these topics; meanwhile, societies are led into absolute inertia, in accordance with the old but never discarded doctrine of Joseph Goebbels, employed now with other subterfuges and technological mutations, but still reconstructing in each age a matrix of fascism, always more perfected yet always more mediocre.

This is psychological warfare of Fourth Generation Warfare, which is used to carry out an enormous cultural operation against our people, with disinformation and manipulation and “entertainment” that lobotomizes and zombifies to the point that a child learns to “kill” before he learns to write.

In general, the target of these perverse death-games on the internet is represented by an Indian, a Black, an Arab, a Latin-American, a presumed terrorist, and each impact of the supposed bullets is celebrated as a triumph.  These are the deadly and death-dealing “beauties” that the true essence of capitalism gives rise to.

The coronavirus pandemic has bared this reality for all to see, although lies still hide it. The majority of the media act like mercenary commandos, psychologically “killing the enemy,” persecuted, degraded, and humiliated by the unlimited injustice of the system.

“In the Psychological War, (the backbone of the Fourth Generation Warfare, without weapons), operations where military units are replaced by operations with media units,” Freytas also notes.

All political leaders and all sovereign governments with a popular base who choose to defend their country, their effective sovereignty, independence, honor, and dignity, the defense of their own natural resources: these are the targets in this war.  Also targeted are journalists who follow the rules of journalism, militants, community leaders, those who resist the violence of imperialism and resist the imperialist pimps chosen to do their dirty work – giving up their countries and resources like the traitors that they are – in the government.

None of this is discussed in our 21st Century press, inoculated with the hallucinatory virus of ambition without limits, to a point that they sell their souls for the devil to live permanently.

This is the Time for No More Lies

“In this time of ending of an era, and to top it off, a pandemic.  In this world of illusions, we have to find strategies to recover the truth.  Because without it we cannot live,” says Mexican author Juan Volloro.

To recover the truth we need a monolithic unity of journalism and all media/press workers who will take the case for protecting the peoples’ rights to truthful information to international organizations and who will draw up the indispensable ethical norms that should guide the profession.  If lies and manipulation of information are lethal weapons, as has been shown in these fateful times and in documents like those that define Fourth Generation Warfare, then this is the moment of No More.

Sowing hate is an extremely violent action and transforms a large part of society into a lost battalion of zombies, who end up killing without guilt, destroying without conscience, and devouring their own humanity and themselves entirely.