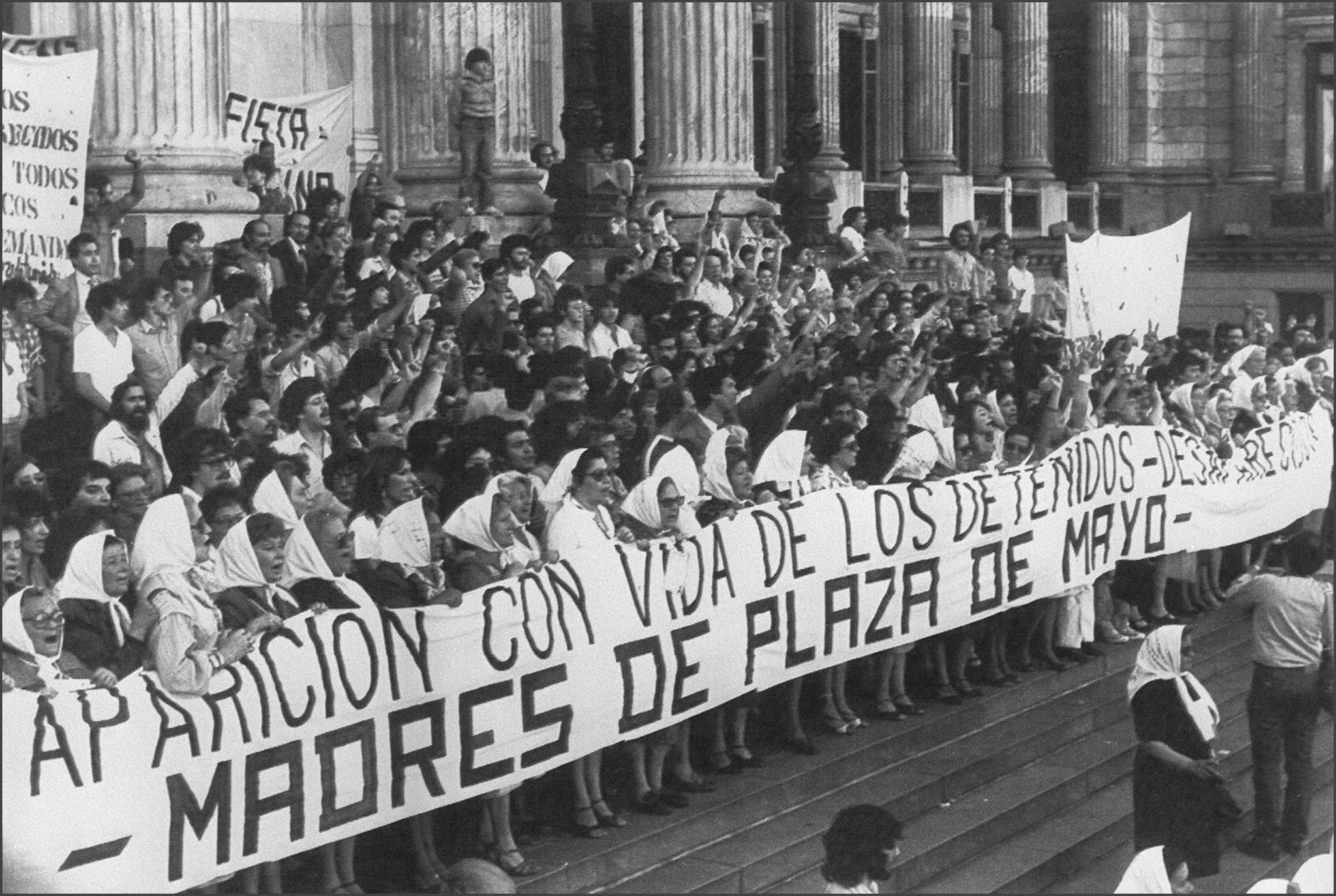 The Argentine Forensic Anthropology Team, EAAF1, created in the mid-1980s, is a very prestigious human rights organization in Argentina and Latin America2 for, among other things, having found the mortal remains of the founder of the Mothers of the Plaza de Mayo, Azucena Villaflor, and those of the heroic guerrilla, Ernesto Che Guevara. Even so, this organization has lent itself to a vile maneuver against the Nicaraguan people by endorsing a video produced on behalf of a network of false human rights operators in the service of NATO.

At the origin of EAAF lies a debate about the very concept of human rights in Argentina and the rest of Latin America and the Caribbean, the current state of affairs of which is illustrated by the example of the anti-Nicaraguan documentary produced by EAAF. The liberal-western concept of human rights may to some extent dissemble its underlying trend but eventually it does lead to outright complicity with the worst crimes against humanity. We will develop this reasoning in parts.

In May 2020, a fanciful “video reconstruction “3 made by EAAF together with the NGO SITU Research, New York, USA, was published about an alleged massacre of “students” carried out on 30 May 2018 by the Nicaraguan police during the violent acts that took place during the defeated “soft coup” attempt perpetrated against that country by the United States between April and July of that year.

As is clearly demonstrated in another journalistic work4 this video, far from being a documentary study of what really happened that day in Managua, is in fact a propaganda product which aims to provide legitimacy to the aggressive and destabilizing policy of the United States against the Central American country.5 This policy includes illegal, unilateral, indiscriminate coercive measures such as the Nica Act6, which affect all Nicaragua’s people by boycotting their access to funding from multilateral financial organizations for the fight against poverty.

The failed attempt at a “soft coup” financed by the United States in 20187 , with violent roadblocks of highways and city streets which were known in the country as “the roadblocks of death”, caused serious damage to the economy of Nicaragua, which, until then, for several years had shown record figures of sustained growth (and poverty reduction in all its aspects). It is worth noting that the prejudicial EAAF video was published in May 2020, in the middle of the Covid-19 pandemic. The pandemic seriously threatens countries like Nicaragua, which must devote enormous effort and resources to keep their health systems functioning while at the same time being unable to close their economies. The publication of the video in that context is undoubtedly part of a US policy of inadmissable intentions totally incompatible with the vocation of defending human rights that the EAAF claims to support.

A recent important part of this campaign was the reqting uest by OAS Secretary General Luis Almagro, in June 2020, that the organization, widely known as “the United States’ Ministry of the Colonies in Latin America”, apply the infamous “Democratic Charter “8 in order to isolate Nicaragua. In Latin America it is an open secret that the words “OAS” and “democracy” do not rhyme at all. From the CIA’s overthrow of the government of Jacobo Arbenz in Guatemala in 1954 to the coup against Evo Morales (the latter a product of the conspiracy of the OAS itself9 ) in November 2019, the  OAS has sought to justify, where it has not openly supported, all ruptures of the democratic order carried out by interests serving the United States, when the US government has not directly intervened itself.

As of writing, 44 political leaders from Latin America and Spain have rejected the participation of the OAS in the role of electoral observation noting that its notorious and extremely controversial participation in Bolivia’s elections essentially triggered the coup d’etat against Evo Morales, nullifying his legitimate electoral victory.10 OAS institutions lack even minimal credibility given that the United States government is their main funder and refuses to submit to the jurisdiction of the OAS human rights bodies. That alone should be enough to make any respectable human rights organization refuse to cooperate with the OAS.

In the “video reconstruction” referred to in this article, the EAAF collaborated with a body known to be completely biased11 in favour of the opposition coup attempt in Nicaragua, namely the OAS Interdisciplinary Group of Independent Experts (GIEI)12 , as well as with the New York-based company SITU Research13 , which specialises in producing virtual images and is associated with pro-Western organisations such as Amnesty International and Human Rights Watch, among others. This video reconstruction was in turn financed by the Soros Foundation14 (owned by the famous financial tycoon) and by the Oak Foundation (owned by multi-millionaire Charles Feeney), which in turn is a member of the US-based Council on Foundations15 , an association of foundations that have been promoting pro-US policies abroad since 1949 and one of the main exponents of US cultural-philanthropic imperialism.16 As t be expected, the global dissemination of the EAAF/GIEI/SITU “video reconstruction” was carried out by the Spanish newspaper El País,17,18 a medium known for its virulent positions towards the progressive governments of the Bolivarian Alliance for the Peoples of Our America, ALBA.

It is undeniable that EAAF’s collaboration in this type of activity serves the the United States government’s imperialist policies in Latin America, a region whose peoples historically and to this day have been subjected to the most serious human rights violations by that superpower. Trying to understand how a human rights group like the EAAF that is seen as “progressive” in its country acts in complicity with the US Government that was responsible for supporting a dictatorship in Argentina that left 30,000 people disappeared, we spoke to a close collaborator of the Mothers of the Plaza de Mayo19 , the most popular political and human rights organization in that country.

This collaborator explained to us that the Mothers do not work with EAAF, nor does the EAAF collaborate with them. They do not criticize the work of the EAAF as such, for example, finding the remains of people who disappeared during the dictatorship, but they do have reservations about the political-social concept of that work. This is because the Association of the Mothers of the Plaza de Mayo does not see itself as an organization guided by a liberal concept of “human rights”, but as a political organization with very clear principles of identifying with and continuing the transformation project for which their disappeared sons and daughters gave their lives.

These approaches are clearly expressed in three fundamental slogans raised by the organization since the beginning of the 1980s, which we quote below:

“No to exhumations: The Mothers of Plaza de Mayo reject exhumations because our children are not corpses. Our children are physically missing, but they live on in the struggle, the ideals and the commitment of all those who fight for justice and freedom for their people. The remains of our children must remain where they fell. No grave can lock up a revolutionary. A handful of bones does not identify them because after all they are the dreams, hopes and an example for generations to come.

No one is going to put a price on the lives of our children. The Mothers of the Plaza de Mayo will continue to insist that those who accept financial reparations are prostituting themselves.

We reject posthumous tributes: We reject plaques and monuments because that signifies burying the dead. The only possible tribute is to raise up again their banners of struggle and continue on the way they took. Posthumous tributes only serve to allow those who guaranteed impunity to wash away their guilt today. The only monument we can raise is an unwavering commitment to their ideals.”20

The issue of exhumations and reparations divided the movement of the mothers and relatives of victims who were fighting for justice after the crimes of the dictatorship, provoking a debate that has persisted to this day.21 One part of the Mothers of the Plaza de Mayo decided to accept the exhumations and reparations, and with them access to resources from the western “human rights” industry, splitting into another organization with the addition of “Línea Fundadora”. Also the Grandmothers of Plaza de Mayo, a movement of women looking for their grandchildren who were kidnapped and given up for adoption to other families during the dictatorship, decided to cooperate with groups like EAAF.22

The debate in Argentina continues, but in the case of Nicaragua what we can see from the example of EAAF’s insertion into the human rights industrial complex of NATO country NGOs funded by the wealthiest magnates of Western capitalism, is that embracing a liberal conception of human rights ultimately leads to open incorporation into the oppressive agenda of the greatest violators of human rights in history and the most relentless enemies of Latin America’s peoples.

Worse still, even by its own terms of reference, EAAF’s documentary video violates the very scientific principles that the organization claims to promote, as it dismisses evidence that contradicts the conclusions presented in its documentary video on Nicaragua. Indeed, EAAF, far from clarifying the truth about the events of 30 May 2018, misrepresents them. So its work on Nicaragua effectively denies justice to the victims of yet one more violent coup attempt against a Latin American people, promoted, as usual, by the US government.

16 The literature on the use of non profit foundations by Western cuntries for political intervention is abundant. here we only cite the seminal work of Robert Arnove: “Philanthropy and Cultural Imperialism: The Foundations at Home and Abroad” (Boston: GK Hall, 1980). An interview with the author can be read in: “Foundations and Cultural Imperialism: An Interview with Robert Arnove”, in the blog Under the Mask of Philanthropy, of Michael Barker. Last visited 29/05/2020
https://underthemaskofphilanthropy.wordpress.com/2017/03/12/foundations-and-cultural-imperialism-an-interview-with-robert-arnove/

18 On the PRISA Group which owns Spain’s El País, the journalist and media researcher Pascual Serrano notes: “Among the eight big shareholders of Prisa, according to its own information, are the US fund  Amber Capital (withl 29.8%), HSBC, the most regularly fined bank in the world (with 9,1%) ; a Qatari fund  (with 5,1%) and two Mexican big businessmen Carlos Slim, to whom Felipe González is linked, and Carlos Fernández. Between them, these big foreign shareholders own 52.3% of PRISA. There may well be other smaller, less important foreign shareholders, but all of them, for various reasons are hostile to the government of Venezuela and one might add, the other ALBA governments like Cuba and Nicaragua. Given that PRISA has been taking losses for a gret many years one might well ask why these businesses invest in it. This may be one of the reasons for the disinformation policy of El País.”