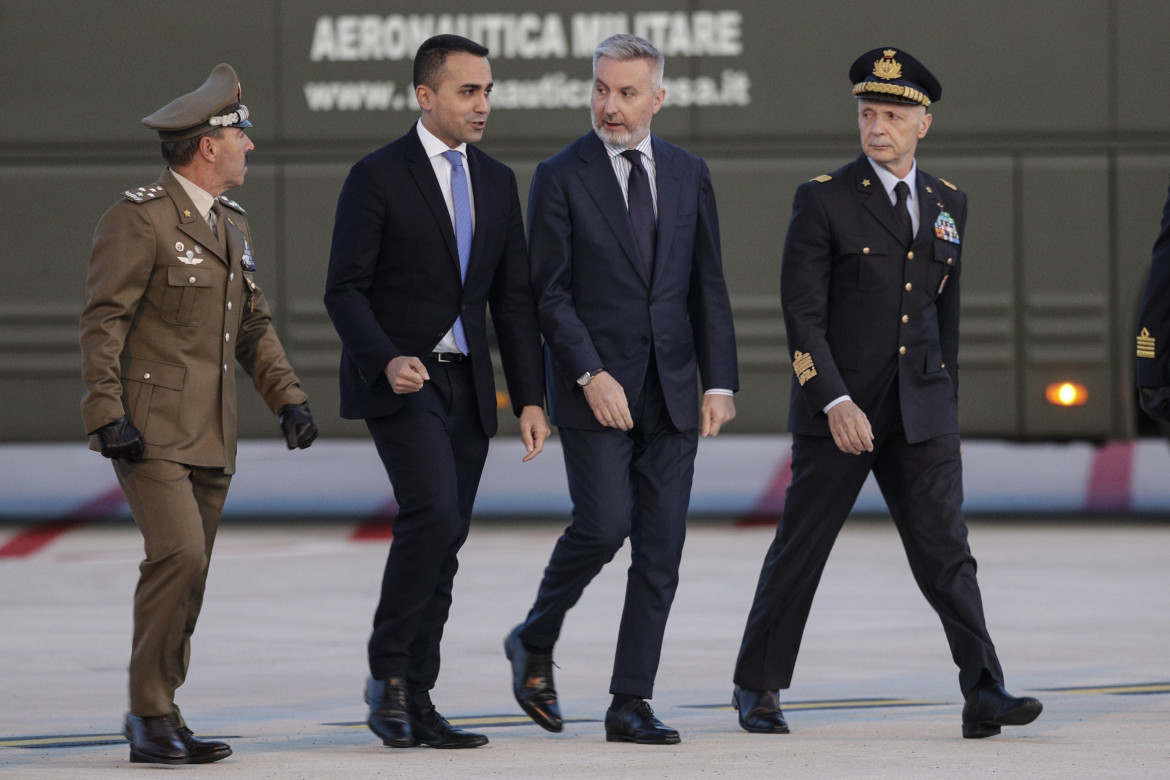 NATO Defence Ministers (for Italy Lorenzo Guerini, Pd), meeting by videoconference on 17/18 June, made a series of “decisions to strengthen the deterrence of the Alliance”.

No one in Italy, however, speaks about it, neither in the media (including social media) nor in the political world, where an absolute multipartisan silence reigns over all of this.

Yet such decisions, dictated basically by Washington and signed for Italy by Minister Guerini, establish the guidelines not only of our military policy, but also foreign policy.

First of all – Secretary General Jens Stoltenberg announced – “NATO is preparing for a possible second wave of Covid-19”, which has now mobilized over half a million soldiers in Europe.

Stoltenberg does not clarify how NATO can predict a possible second pandemic of the virus that could result in a new lockdown.

On one point, however, he is clear: this “does not mean that other challenges have disappeared”. The major issue – the Defence Ministers emphasize – comes from Russia’s “destabilizing and dangerous behaviour”, in particular its “irresponsible nuclear rhetoric, aimed at intimidating and threatening NATO Allies”.

Thus they overturn reality, erasing the fact that it was NATO, after the end of the Cold War, that extended itself towards Russia with its nuclear forces and bases, especially the United States. A strategy has been methodically implemented, under the direction of Washington, aimed at creating growing tensions with Russia in Europe.

To decide on new military measures against Russia, the Defence Ministers met in the Nuclear Planning Group, chaired by the United States.

It is not known what decisions on nuclear matters Minister Guerini has signed on behalf of Italy. However, it is clear that, by participating in the Group and hosting US nuclear weapons (which can also be used by our air force), Italy is in violation of the Non-Proliferation Treaty and is rejecting the UN Treaty for the prohibition of nuclear weapons.

Among these steps there is certainly the imminent arrival of the new US B61-12 nuclear weapons in Italy.

The other growing “challenge”, of which the Ministers of Defense have discussed, is that of China, which for the first time is “at the top of the NATO agenda”.

China is a trading partner of many allies, but at the same time “invests heavily in new missile systems that can reach all NATO countries,” Stoltenberg explains.

NATO is thus beginning to present China as militarily threatening. At the same time it sees Chinese investment in Alliance countries as dangerous.

Based on this premise, defence ministers have updated the guidelines for “national resilience”, aimed at preventing energy, transport and telecommunications, particularly 5G, from ending up under “foreign ownership and control” (“Chinese” laws).

These are the decisions signed by Italy at the NATO meeting of Defence Ministers.

They bind our country to a strategy of growing hostility, especially towards Russia and China, exposing us to increasingly serious risks and collapsing the ground on which economic agreements are based.

It is a long-term strategy, as demonstrated by the launch of the “NATO 2030” project, by Secretary General Stoltenberg on 8 June to “strengthen the Alliance militarily and politically” by including countries such as Australia (previously invited to the meeting of Defence Ministers), New Zealand, Japan and other Asians, in a clear anti-Chinese capacity.

For the Great Global NATO 2030 project a group of 10 advisors was formed, including Prof. Marta Dassù, former foreign policy advisor in the D’Alema government before and during the NATO war against Yugoslavia, which Italy participated in 1999 with its bases and bombers under US command.