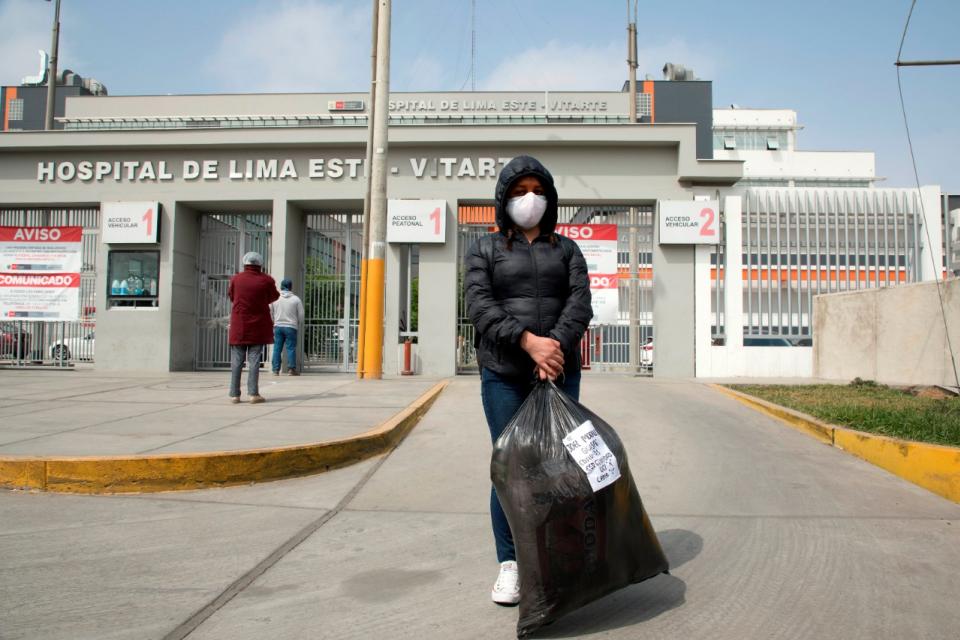 With nearly 120,000 cases of coronavirus, more than 3,000 deaths, and hospitals overwhelmed, the Peruvian government extended the quarantine that began on March 16 and was to end this Sunday until June 30. With this measure there will be fifteen weeks, 107 days exactly, of obligatory confinement. A longer time than the quarantine of Wuhan, the Chinese province where the pandemic struck. But this extension comes with a gradual opening of economic activities. The night-time curfew is maintained, but reduced by one hour. As of Monday, it will be in effect from 9 p.m.

Infections are increasing more rapidly in the working class districts. Lima, which has 30 percent of the country’s population, accounts for approximately 60 percent of the cases. According to the official report, of the 119,959 people infected, 3,456 have died, 7,779 are hospitalized and 920 are in intensive care connected to a respirator. This has brought a health system that has been neglected by various governments and by a neoliberal model that has turned its back on public services to the brink of collapse.

President Martín Vizcarra has justified the extension of the now lengthy quarantine by pointing out that it was a necessary measure to prevent contagion from multiplying at a greater rate if it were lifted to gain time to improve the weak response capacity of the health care system, which he described as “precarious”. He noted that the government’s goal by the end of June, when this new extension of compulsory confinement is completed, is to have doubled the hospital’s capacity, which is 10,000 beds, and the number of ventilators to care for the seriously ill, which at the beginning of the quarantine in March were just over 200 and now are over a thousand, leaving less than a hundred beds available, although this national figure conceals the fact that in several regions there are no longer any ventilators available and the sick die waiting for one.

“With this we have learned that important issues such as health and education have long been neglected. That has to change,” Vizcarra acknowledged. An oversight that is now being paid for dearly.

In the corridors of overflowing hospitals, sick people desperately seeking care die in that wait. More than 600 people infected with covid – 19 have died at home, without being attended to at a health centre. At the doors of the hospitals, images of health personnel protesting the lack of protective equipment to care for their patients are repeated. There are complaints of defective equipment that has been delivered and allegations of corruption in purchases made.

This Sunday, 4,205 new infections and 83 deaths were officially reported, down from 129 the day before. The government assures that the peak has been reached and now the curve is – as a national average, but with regional differences – at a plateau with a slow decline. There is debate about this.

“According to the Health Ministry, in Peru not only symptomatic cases are being registered as positive, those who are sick, but also asymptomatic cases that have developed antibodies but do not have the disease. This raises the numbers. Both data should be analyzed separately. The new cases reported each day are not contagions of the day, but registered on the day the report is made, although the disease has been contracted previously. This distorts the analysis. If we sort the data by the dates of the beginning of the disease and look at the cases of the sick, the epidemiological curve is in a downward phase. But there is still a high demand in the hospitals, which in many cases have collapsed,” epidemiologist Luis Suárez, research and public health coordinator at the Peruvian University of Applied Sciences and former director of the National Center for Epidemiology and Disease Control, told PáginaI12.

“There is heterogeneity,” says Dr. Suarez, “in the epidemiological moment that each region of the country is experiencing. The curve of cases is going down in areas that have been severely affected, but it has begun to go up in others. That’s why I don’t agree with the same measure for the whole country, I think the best option would be to put in place targeted quarantines according to the development of the disease in each area”.

With 70 percent of the economy informal, precarious jobs and no labour rights, many who live from day to day, a large part of the population has been left without income. Not only is the government’s economic aid for the most vulnerable not being fully distributed, the amount equivalent to $220 given for a month’s quarantine has been frozen for over three months of confinement.

In this complicated scenario, the government decided to opt for a gradual opening of the economy, despite fears that this would increase contagion. With the opening, the chaotic public transportation system threatens to multiply the spread of the virus. The government said that the capacity of the transport units has been reduced by half, but this is difficult to control.

The first activities to begin operating are mining, fishing, construction, textiles, medical offices, restaurant delivery, home repair services, Internet sales of clothing, salons and some other sectors. Physical distance protocols must be followed, masks must be worn at all times, and those who engage in these activities must be tested for the virus. Those over 65 years old, those who have obesity or diseases such as diabetes, hypertension, heart conditions, among other ailments, will not be able to return to work. As part of this opening, the return of professional football was announced in the coming weeks, but without an audience. This process of economic reactivation will continue in phases until August, when 95 percent of the economy is expected to be up and running.

What is uncertain is the return of students to schools and universities. The government has said that the suspension of face-to-face classes and the continuation of the virtual format could last all year. Protests by parents at the gates of private schools are continuing to demand a reduction in the cost of tuition due to this change in the education system. The government says it cannot intervene in the issue because these are contracts between private parties. Children up to 14 years old will be able to go out for walks accompanied by an adult for up to 30 minutes a day near their homes.

“Normality as we knew it no longer exists. Nothing will be the same anymore. We have to learn to live with a new coexistence. The social distancing will continue until there is a vaccine or a cure,” said Vizcarra in announcing the new extension of the quarantine. The president’s popularity, which in March after he decreed the quarantine rose from 52 to 87 percent, remains high, with 83 percent support, according to a recent Ipsos poll.