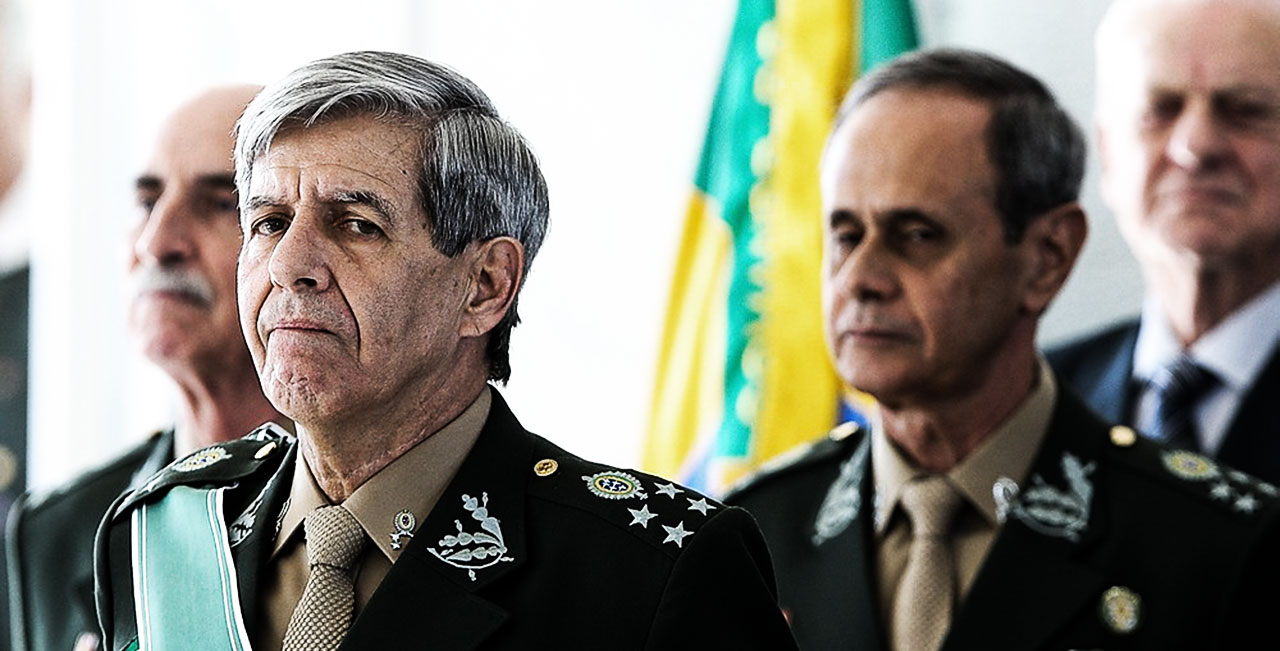 On Friday 22nd May 2020, Brazil eagerly anticipated the broadcast of a Bolsonaro cabinet meeting which took place exactly one month earlier on April 22. The video, whose release was mandated by Supreme Court Minister Celso de Mello, had already been the subject of various leaks to the media, and was rumoured to contain scandalous, possibly criminal remarks, from both his ministers and from President Bolsonaro himself.

Hours before its release the Government’s chief of institutional security, General Augusto Heleno, issued an unprecedented open statement to the country. In the letter, he demanded that the Supreme Court abandon its demand for President Bolsonaro to present his mobile phones as evidence in an ongoing investigation into a criminal fake news operation, which spread lies about Bolsoanro’s political opponants during the 2018 election campaign.

Heleno warned that if the Supreme Court did not change course, there could be “unpredictable consequences” for the country. This was interpreted by as a threat of “auto coup” as many have feared since Bolsonaro’s controversial election in October 2018.

Opposition politicians quickly responded. Governor of Maranhão, Flávio Dino, and classified the statement as a “threat to the Supreme Court”.

“General Heleno’s note constitutes an unacceptable threat to the Federal Supreme Court. In a Republic, no authority is immune from investigations or above the law. And in a democracy, there is no military tutelage over constitutional powers.” the Governor wrote.

Although Globo and much of mainstream media combed the ministerial video for proof of claims made by ex Justice Minister Sérgio Moro upon his resignation – namely of Bolsonaro’s interference in Federal Police designed to protect his family – others saw something more sinister.

Amongst other controversial statements at the meeting, education minister Abraham Weintraub called for the Supreme Court ministers to be jailed, while minister for human rights, family and women, Damares Alves, called for governors and mayors who had resisted Bolsonaro and implemented their own Coronavirus measures, to be arrested.

Bolsonaro himself talked of arming supporters. This comes in the context of recent recruitment attempts from would-be paramilitary groups around the country, some of which have been found to be armed. The President also spoke of the ease by which it would be possible to implement a dictatorship.

One day later on April 23 Bolsonaro issued a decree that triples the legal limit for purchase of ammunition.

Just five days prior, six ex-ministers of defence had issued a public plea to the military to defend Brazil’s democracy against far-right forces which demand the closure of the Supreme Court and Congress, effectively the “new AI-5” his fanatical supporters were demanding. AI-5 (Institutional Act 5) was the 1968 coup-within-the-coup which ushered in the most brutal phase of the 64-85 Dictatorship. Many parallels have been drawn between the coups of 1964 and 2016, and Dilma Rousseff has long predicted a more repressive phase to come.

In 2018, Heleno was first invited by Bolsonaro as a potential Vice President, then as Defence Minister before he eventually assumed control of the powerful GSI (Office of Institutional Security). Although retired as a General, Heleno’s resume reveals some sobering history.

In 1977, hardline General Sylvio Frota launched a coup attempt against then Dictator Ernesto Geisel. Frota and his group did not want the Dictatorship to end, and Augusto Heleno was his Chief of Staff. What followed was a years of lead campaign of right-wing terrorism aimed at maintaining the status quo.

Following restoration of democracy in Brazil, Heleno went on to be the first commander of the UN’s MINUSTAH stabilisation mission in Haiti. During his time in Haiti he notoriously led an armed assault on Cité Soleil, against members of the Lavalas Pro-Democracy movement. The action killed dozens of people including community leader Dread Wilme (Emmanuel Wilmer). President Lula da Silva immediately relieved General Heleno of his command after the tragedy, and he has been a sworn enemy of the former President ever since.

Some considered the 2018 Federal Military intervention in the state of Rio de Janeiro to have been inspired by the operations in Haiti.

Now a group of reserve/retired military personnel have issued a statement of support to General Heleno. His former colleagues from the Academia das Agulhas Negras warn of an extreme scenario, of “civil war”, and complain that there is a lack of “decency” and “patriotism” being shown by the ministers of the Supreme Federal Court.

“Thus, they bring insecurity and instability to the country, with a serious risk of institutional crisis with an unpredictable outcome, perhaps, in the worst hypothesis, civil war.” the statement reads.

The document is signed by dozens of reserve and retired military personnel. One of them, General Luiz Eduardo Rocha Paiva, told UOL that the term “civil war” is the final scenario if the conflict with the Judiciary is not resolved before an “institutional crisis” and a “social upheaval”.

Whether by the president, his ministers, or retired so-called pyjama generals; that “civil war” is being discussed at all in the current conjuncture is cause for grave concern.