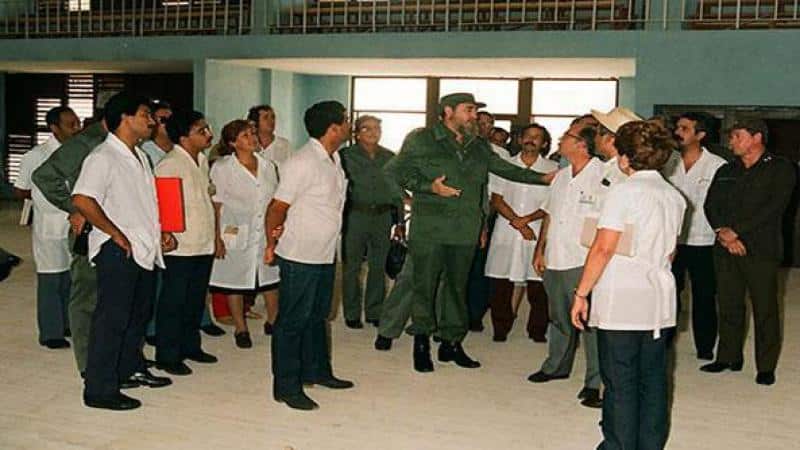 At the beginning of the silent spring of 2020, a medical mission from Cuba flew for the first time into a Western country, a well-armed member of the North Atlantic Treaty Organization (NATO), yet defenseless against a virus. It is only the latest act of a Cuban internationalism in health exercised for 60 years in Latin America, Africa and Asia, which currently has more than 30,000 personnel (doctors, nurses, technicians) in 67 countries. In the latest missions, in Italy as well as in other countries, the island’s doctors are participating in the global campaign against the Covid-19 pandemic, because “Homeland is Humanity”.

Since 1960, Cuban medical internationalism has been a national strategy of the Revolution: also in this field, South-South solidarity, considered as the “continuation of the national health system”, began in 1960, when the earthquake devastated Valdivia in Chile. Cuba did not have many doctors at that time (half of them emigrated with the triumph of the Revolution), but they still sent a contingent of doctors and eight tons of aid. This mission of the Cuban Revolution continued in 1963, in Algeria: 50 doctors went to support the few doctors who remained in the African country after the departure of the French.

Free medical assistance to the poorest countries of Africa and Latin America involved in the post-colonial transition has continued for decades, both for health systems and in response to many tragedies and emergencies, with the stated goal of “paying off the debt to humanity”.

Cuba has sent its “army of white coats” (Fidel Castro’s expression) to the world and, in parallel, has exercised peace diplomacy at the level of the United Nations (UN), consistently standing, sometimes in brave solitude, against wars of aggression waged by the West and its allies. In Baghdad, June 1991, in the desolate Iraqi hospitals that survived the so-called “Gulf Storm” (the war against Iraq in which, in the Security Council, only Cuba and Yemen, then non-permanent members, were opposed, voting against), an Italian peace delegation met with Dr. Anuar, a Cuban naturalized Palestinian, a Havana graduate.

With the collapse of the Soviet Union and the disappearance of the socialist camp, which also affected the socio-economic level of Cuba, came the challenge of the special period. In response to the serious crisis, aggravated by the tightening of the United States blockade, Cuba introduced a new mode of cooperation: technical assistance. The remuneration of the service, in those countries that have that possibility, helps to maintain the rest of the medical collaboration. Only those countries that can pay do so. For example, thousands of children from Chernobyl continued to receive free treatment at the Tarará hospital, under a programme launched shortly after the 1986 nuclear disaster.

In 1998, 100 doctors and nurses were sent to help in Haiti, Guatemala and Honduras, countries hit by Hurricanes Mitch and George. There they discovered that many patients had never seen a doctor before. Thus, in the same year the Comprehensive Health Program was launched, a long-term strategy for South-South cooperation that seeks to strengthen health systems. 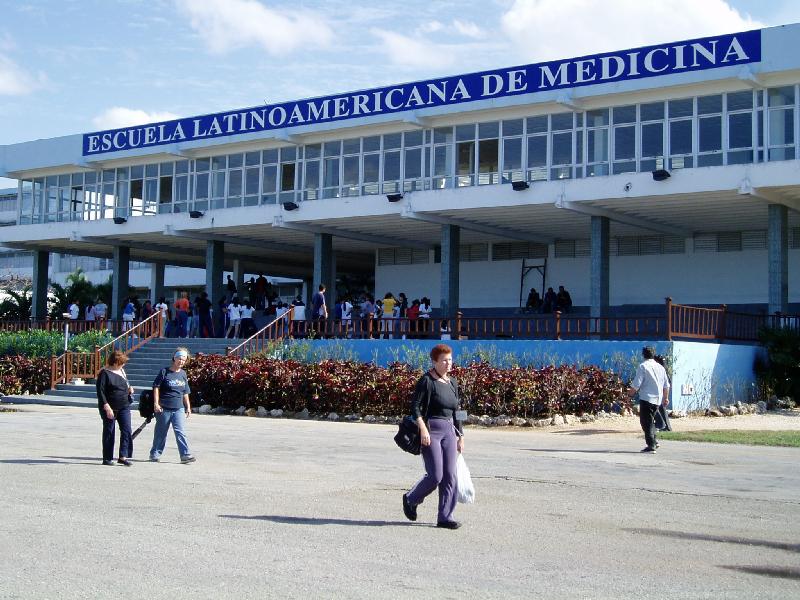 The Latin American School of Medicine (ELAM) was founded in Havana in the late 1990s to train young people, numbering to date in the tens of thousands, from three continents (including a number from the United States), on the condition that they return to their countries of origin to practice medicine. This is another aspect of international solidarity, along with free treatment for citizens of non-aligned countries.

We have reached the new millennium. Cuba is increasingly rich in health care personnel (current figures speak of 76 thousand doctors, 15 thousand dentists, 89 thousand nurses). Within the Bolivarian Alliance for the Peoples of Our America (ALBA), created in 2004 by Fidel Castro and his Venezuelan counterpart Hugo Chavez, an unprecedented international barter is emerging: “doctors for oil”. Cubans are settling in Venezuelan neighbourhoods deprived of health care, providing the population with free, high-quality medical assistance. This program includes general medical assistance, dentistry, ophthalmology, pediatrics, and rehabilitation programs, among others. The “Barrio adentro” program reaches Brazil, Bolivia and Ecuador (agreements eliminated last year by the new governments). The medical missions offer basic health services in vulnerable areas and sectors, including indigenous regions, in a proactive perspective that is truly humanistic and based on solidarity.

With “Mission Milagro”, Cuban hands and Venezuelan money, eye care has been offered in many countries to four million people since 2004, some of which have set up special centres. Cuba was a model for disaster management, and did not fail to intervene in emergency situations.

The Henry Reeve Specialized Brigade was created for emergencies in September 2005. Staff deployed to Crema, Italy, are part of it. The “Henry Reeve International Contingent of Doctors Specializing in Major Disasters and Epidemics” is named after a 26-year-old American who died in Cuba in 1876 while fighting the Spanish during the first war of independence. Months earlier, the Havana government had offered assistance to the victims of Hurricane Katrina in the United States: George W. Bush had declined to receive it. In October 2005, 700 members of the Guatemalan Brigade treated the victims of snowstorm Stan, worse than Mitch.

Earthquake in Pakistani Kashmir, 100,000 dead: more than 2,500 doctors and nurses from the Cuban tropics climbed the mountains and built 30 field hospitals in the snow, to help almost two million people. They remained there for eight months. 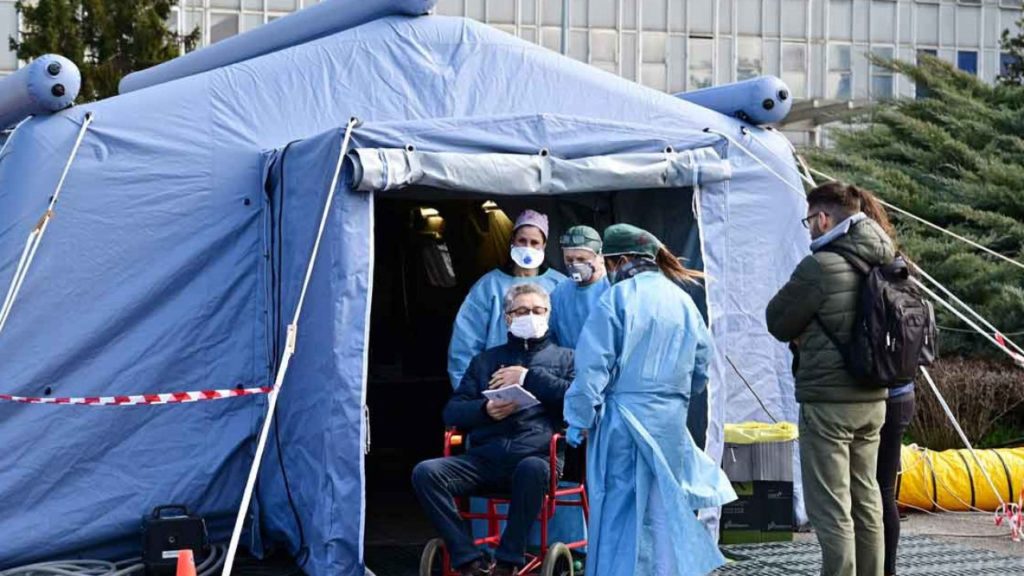 In 2006, the Henry Reeve Brigade set up 20 field hospitals in a large area of Bolivia, destroyed by floods.

In Indonesia, in late May 2006, a catastrophic earthquake hit the island of Java; six days later, the brigade was providing support at the disaster site. In a few months, 100 communities were visited, almost 100,000 people were treated and 2,000 surgeries were performed in field hospitals. It was also an opportunity to experiment with technical innovations.

In 2010, Haiti was devastated by an earthquake, with 200,000 dead and then cholera. The Cuban doctors that are already present were joined by others from the Reeve Brigade. They worked in extreme conditions, to contain cholera (and succeeded), ignored by the world at the time, they remained even after everyone else had left. After 20 years, 600 Cubans still operate on the island; they have done close to 600,000 operations, approximately 180,000 procedures, and 72,000 eye surgeries.

Ebola outbreak, 2014, West Africa. After specific training in Havana, 256 health professionals leave to work in Sierra Leone, Liberia and Guinea, at the request of the World Health Organization (WHO). Fidel Castro writes in Granma that the United States and Cuba (the two states most present in that context) could cooperate in the field. The Times headlines said: “Why Cuba is so good at fighting Ebola.”

“The best way to say is to do,” advised José Martí. Perhaps he had read Gerrard Winstanley’s exhortation: “Action is everything”.