A Slap in the Face for Humanity

The news and testimonies coming from the popular neighbourhoods of Guayaquil, Ecuador, about tens and maybe hundreds of corpses in houses and streets (1), is a slap in the face not only for the South American nation, but for all humanity. It is impossible to remain impassive in the face of such horror. There is simply nothing that explains, much less justifies, such a situation. Nor can there be room for euphemisms: the perpetrator is not the COVID-19, but neo-liberalism.

There is nothing to suggest that the fate of the people governed by neoliberal leadership will be very different from that of the American people. In general, the response of the leaders in Brazil, Colombia, Chile, Ecuador and Peru, just to mention the countries with the highest number of confirmed cases (2), has been very similar to that adopted by the Trump Administration: timid, slow, clumsy, bordering on the irresponsible and inhuman, and privileging the interests of the economic elites.

Unfortunately, what can be expected in the coming weeks is an aggravation of the health crisis in these countries of Our America, most probably overshadowed by the health chaos in the United States, today the epicenter of the pandemic, and surely concealed and even silenced by the global media, exactly as the timely and effective response of the Venezuelan Government has been deliberately silenced for the time being.

The response of the Venezuelan authorities has had an unexpected political effect: the accelerated weakening of the “dual power” strategy, in the context of US efforts to precipitate a “regime change”, and led at home and abroad by elements of the Venezuelan ultra-right, backed by a significant part of an anti-Chávez political class that, despite the permanent disputes between parties and factions, acts under the tutelage of the United States. 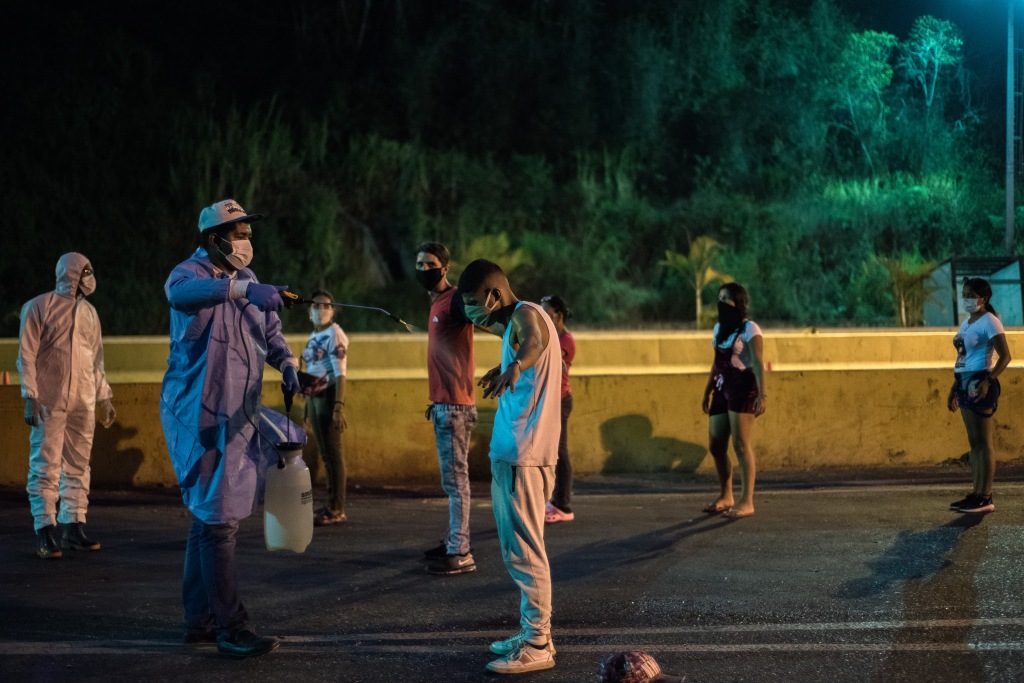 Such a situation of weakness, added to the unpopularity of unilateral coercive measures against Venezuela (which even a firm such as Datanálisis, historically aligned with anti-Chavism, is reporting), and to the growing global consensus on the need to put an end to the economic “sanctions” that weigh on several nations of the planet (this includes the Financial Times!), have meant, among other things, a displacement of the opposition’s protagonism towards figures who are calling for a “political agreement” that would allow Venezuela to eventually gain access not only to financing from the multilaterals, but also to the nation’s billions in resources kidnapped by foreign banks.

Among these figures, Francisco Rodríguez stands out, who in the past has played the role of “good cop”, arguing with characters like Ricardo Hausmann (3), directly associated with the Venezuelan ultra-right, to a certain extent ideologues of what would be the “hard line” against Venezuela, and who in fact have assumed positions of responsibility in the parallel institution promoted by the United States, as is the case of Hausmann himself.

It is worth noting the similarity between the formula proposed by Francisco Rodríguez (“interim government” with limited participation of some members of the current Venezuelan Government, who would lose all decision-making power in economic matters, but would maintain control of the FANB) and the “Framework for Democratic Transition in Venezuela” (4) made public by the Trump Administration on March 31, which implies the creation of a “Council of State” that would cohabit with the Military High Command, governors and mayors.

However, Francisco Rodriguez’s most recent opinions, which include an appeal to the National Assembly to dispose of the nation’s money that remains illegally blocked in accounts abroad, in order to assist the families of Venezuelan migrants, have been severely criticized by elements linked to the ultra-right.

The announcement made by Donald Trump on Wednesday, April 1, regarding the imminent deployment of military forces in the Caribbean to fight “drug cartels” (5), after describing President Nicolas Maduro as a “narco-terrorist” (6) on March 26, is a possible prelude to the blockade of the Venezuelan coast, the notorious “quarantine” for which the Venezuelan ultra-right wing has been publicly clamouring since April 2017 (7).

While the good and bad cops are using their respective political negotiation tactics, with Venezuela able to keep the COVID-19 at bay, neoliberalism is making its presence felt throughout the continent, revealing all its seams and miseries.

At present, this last fact is far from good news: that neoliberalism is taking on water in the midst of the pandemic means that our peoples, including millions of Venezuelan economic migrants in South American countries, will pay the greatest cost, not only in human lives, but with greater unemployment and poverty. They are the castaways of neoliberalism. And the number is growing.

We should not be surprised that, in the short term, the Venezuelan diaspora in South America is deliberately being repositioned as a priority issue in the global, regional and national political and media agenda, similar to what happened in 2019 on the occasion of the massive popular anti-neoliberal demonstrations that shook several countries of the continent. There are now signs that point in that direction (8). The ruling elites, unaware of any idea of South American nationhood, will soon resort to the same scapegoats, promoting intra-class conflicts, appealing to chauvinism and xenophobia, in an attempt to conceal the complete ineffectiveness of their anti-popular policies.

The various forms of quarantine adopted by the countries of the continent have led to a kind of fragile forced truce, which has enabled several governments to partially contain the massive popular response to neoliberalism. In this sense, it could be thought that the pandemic has given them the opportunity to catch a second wind. Nothing could be further from the truth: the clumsy handling of the pandemic will further expose the neoliberal governments. After the quarantine, in the streets, our people, perhaps even the American people, will know how to do the right thing: continue and deepen the struggle already begun and settle the proper accounts.

Then, the neoliberalism that today is taking its toll will become extraordinary news.