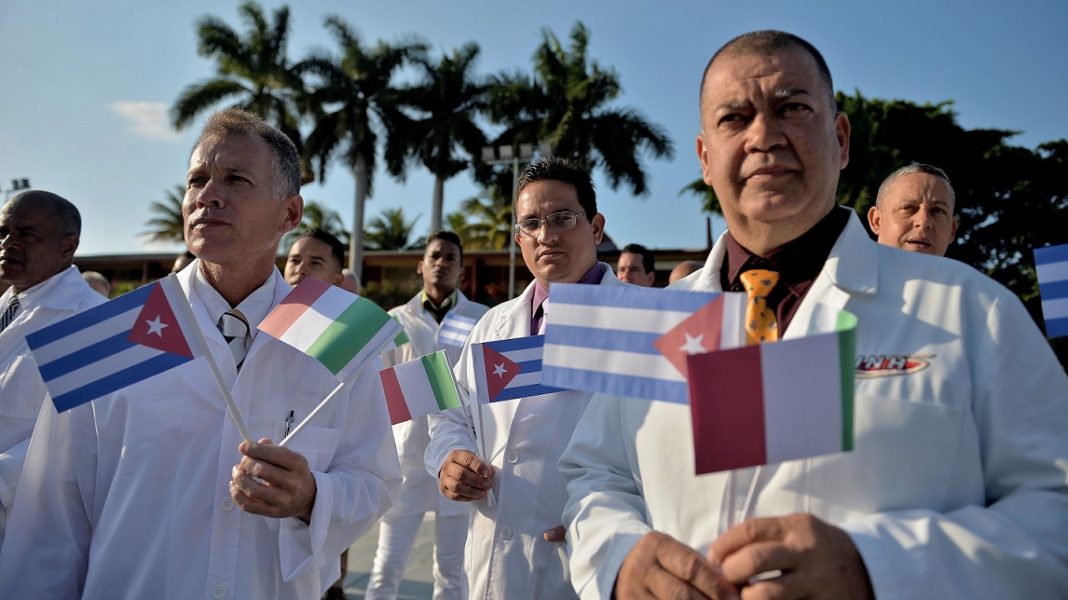 Italy is facing one of the most acute health crises due to the exponential spread of the coronavirus, especially in the northern part of the country, which is the industrial heart of the peninsula. The Government and the community are making efforts, but the reality is that there are not enough doctors for all the sick and there is a shortage of respirators, masks and other medical equipment useful for treating and fighting the pandemic. In this almost apocalyptic scenario, help is coming from far away borders, from countries that are not exactly Europe’s neighbours.

The homeland is humanity

This is the first time in the history of Cuba that the Caribbean nation has sent a delegation of 52 doctors and nurses to Italy, demonstrating the scope of its peace diplomacy. These professionals are now working at the Field Hospital, built on Saturday, March 21, in the city of Crema, in the Lombardy region, one of the areas most affected by the epidemic, with the capacity to care for 200 high-risk patients.

The foreign policy of the Cuban Revolution has always been characterized by the internationalist principle of solidarity: “Homeland is humanity,” as stated by José Martí, Cuba’s national hero, also called “the Apostle”. Internationalism, which began in Chile in 1960, is a principle enshrined in the Cuban Constitution, and therefore this is the concept of homeland that its population has and which its doctors affirm beyond the mere slogan or repetitive phrase. It is the affirmation in the action of the health personnel that provides support to humanity.

Cuba has more doctors scattered around the world than the World Health Organization (WHO), who work in the most remote and devastated areas completely free of charge. Despite the island’s limited economic resources, the Government had never suspended aid to other nations. Along with internationalism, along with the Revolution, Fidel Castro built an entire system of excellence in health care, one of the cornerstones of Cuban socialism: that is why a small, “blockaded” nation has spread the wings of its wisdom and become a world-class scientific power, at the service of those in need. 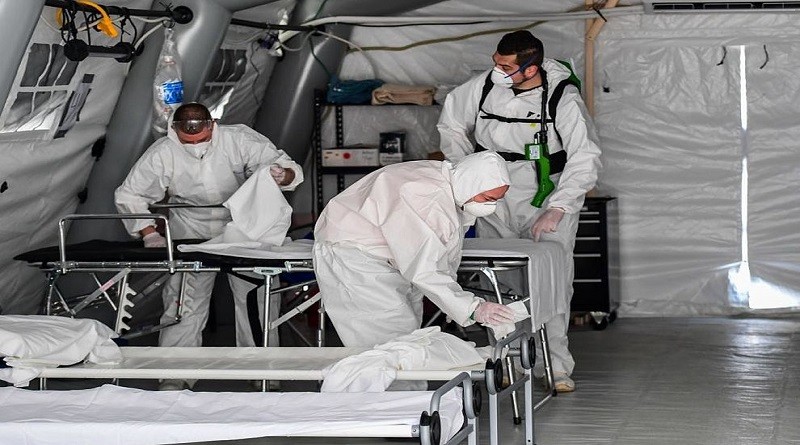 The medical personnel sent to Italy are part of the Henry Reeve Brigade, whose peculiarity is to intervene in situations of calamity and particularly serious epidemiological emergencies. The Brigade is named after Henry Reeve, an American by birth (born in Brooklyn, New York, United States, on April 4, 1850) and Cuban by choice, who was called “El inglés de Manigua” (Manigua’s Englishman), during the Cuban battles against colonialism, in the struggles of the first war of independence. He died in Matanzas on August 4, 1876, after participating in more than 400 armed actions. He was only 26 years old and left a great example of solidarity among men thirsty for freedom and justice.

A European Union (EU) that turns its back

In the current crisis, Italy has been the victim of ignominious and shameful treatment by the EU. In response to the request for emergency medical supplies, Germany and France blocked the export of masks and intensive care equipment. This was only the tip of the iceberg, because there were cancellations of orders for goods and attacks on Italian stock exchanges and companies in strategic sectors by the alleged European partners.

This situation, of absolute emergency, forces us to review the world with new eyes. It can no longer be ignored that while the allies – regarded as traditional – are closing their borders with Italy, banning the movement of goods, calling for budgetary restrictions or sending soldiers for their war manoeuvres, the small island of Cuba is offering its support, free of charge, at the darkest moment in Italy’s recent history. The hope is that, once this terrible pandemic is over, the Italian Government and people will not forget this demonstration of Cuba’s humanity and closeness, because true friends are seen in times of need and their actions are judged by the facts.