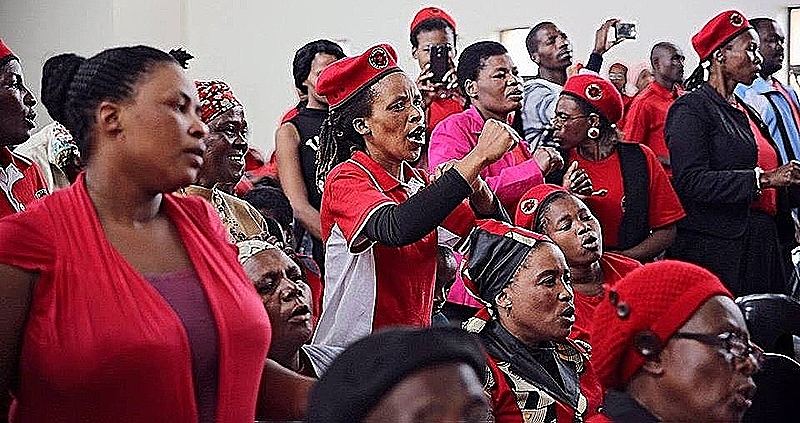 Last week, social movements representing workers and shanty town residents in South Africa, denounced that president Cyril Ramaphosa’s government has not proposed enough measures, to protect the working class and the poor during the coronavirus pandemic affecting the country.

At the beginning of this past week, when announcing a national 21 day quarantine, that began on Thursday (26), Ramaphosa stated that the measure would be decisive in saving thousands of lives. Data published by the Health Minister, Zweli Mkhize, on Wendnesday (25), shows the country has the most cases on the African continent, with 709 infected South Africans, and no reported deaths.

Organizations like the National Union of Metal Workers of South Africa (Numsa) were among those who made the complaint against the government. The unionists highlighted the lackluster approach using their own industry as an example. For them, metal workers are taking a direct hit with the closing of local factories belonging to the likes of BMW and other transportation, aviation and infrastructure companies that shuttered their doors due to the pandemic.

According to the union, BMW is laying off workers for the upcoming weeks, but with paid leave only till the 10th day. After this period, the factory wants workers to use their own funds, later having to make up for the lost hours with overtime.

Phakamile Hlubi-Majola, spokesperson for Numsa – South Africa’s biggest union – representing more than 350 000 laborers, puts forth other demands that the entity has been seeking from the government, so that in fact there may be, protection for the workers against the social impacts caused by the virus.

“A basic income fund must be available to the poor, as well as the guarantee of paid leave for all workers who are under quarantine, with reduced hours, or that have been fired due to factory closures. All rents, mortgages and any real estate debts, must be suspended until the epidemic is overcome”, defends Phakamile

In addition to this, Numsa is in favor of nationalizing all private hospitals so they may be open to all, besides the need for coronavirus tests to be conducted for free. 0% tax rates and policies to stimulate the economy, like the United States has done, are also demands the organization is making.

Among the measures undertaken by the Ramaphosa government, that go beyond the quarantine, is the alleviation of the debt burden of small and medium enterprises, reducing the loss of productivity and consequently profits for the sector. However, there has been no mention of anything geared towards individual debts, for the average person or families, another response requested by Numsa.

In this scenario, with a growing number of people being infected, and a newly started quarantine, the metal workers defend that the government should guarantee access to food for the entire population.

“Food must be a guarantee for all those in isolation or under quarantine, and it must be mandatory for all companies to follow the hygiene standards laid out by the Wolrd Health Organization (WHO). Those who are forced to keep working should be given face masks, gloves and other protective equipment. We are in favor of severe penalties for those who disrespect the rules”, affirmed Phakamile.

Just like in Brazil, it is informal and low income laborers like waiters, cashiers and those in the service industry, that in general, keep on working regardless of the recommendation of the WHO for isolation.

Criticism of the government goes beyond metal workers. The Abahlali baseMjondolo (AbM), a social movement representing shanty town dwellers in South Africa, that defends housing issues and builds shacks for the populous, points out that preventive measures taken by the president, like asking people to constantly wash hands, don’t take into account the fact that millions of people living in slums have no access to water, or basic hygiene.

The “urban settlements”, built by Abahlali members, generally consist of 100 integrated shacks, raised side by side, with whole families crammed into the space of a single bedroom. The improvised dwellings usually have only one tap as a water source, placed there by residents, with no government assistance.

The residents’ movement complains that, though in the middle of state of national emergency, the release of large amounts of sewage is still occurring.

In response to government actions against the homeless, the collective and another 26 entities fighting for social justice sent a joint statement against the release of this waste, and requested that this be halted until the Covid-19 outbreak is under control in the country.

“You cannot put social distancing into practice, if you and your belongings are on the side of the road, or in the open and exposed, with no protection”, says the document, addressed to the National Command Council (NCC), an institution created and presided by the president, to coordinate the measures undertaken during a public health emergency.

“It’s very obvious that the capitalist system is failing to transform the lives of the majority. It is important to implement these emergency measures to guarantee that we will overcome the devastating impact of the virus. It is time we place people’s well being ahead of unlimited profits”, argues the statement.

Phakamile Hlubi-Majola, from Numsa, sees the situation in the country as worrisome, and harshly criticizes the current socioeconomic model.

Last week, the head of the WHO, Tedros Ghebreyesus, alerted that, even with a smaller number of cases compared to other continets, Africa should be prepared to face the worst during the pandemic.

Regardless of these smaller figures in Africa, countries like The Democratic Republic of Congo, Egypt, Nigeria, Zimbabwe, among others, have had fatal cases of Covid-19. According to data recently published by the African Center for Disease Control, there have been 58 deaths on the continent since the start of the pandemic.