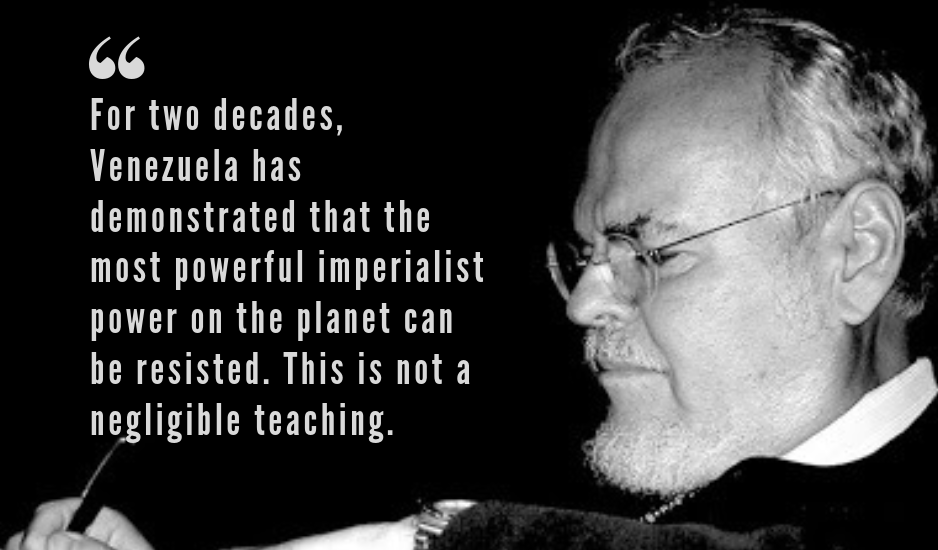 Luis Britto Garcia is probably Venezuela’s most highly regarded living writer. He was recently appointed as the coordinator of the Venezuelan chapter of the Red de Intelectuales y Artistas en Defensa de la Humanidad [Network of Intellectuals and Artists in Defense of Humanity]. A firm supporter of the Bolivarian Revolution, he has written numerous plays, novels, historical works, and film scripts in addition to regular political commentary.

In this VA interview, Britto Garcia talks about the role of intellectuals in the Bolivarian Revolution and about Chavez’s own intellectual development.

What is the role of leftist intellectuals in a process of change? Although with many exceptions, they often tend to become a sort of uncritical appendage of the movement.

The role of the intellectual is always the same: to explain reality, propose lines of action and, when necessary, criticize incorrect or counterproductive policies.

Historically the grounds for all great revolutions – including the French, Soviet, Chinese and Cuban revolutions – have been prepared by intellectual avant-gardes (I include artists and cultural producers among these intellectuals). Their function is to generate a great artistic undertaking that expresses and imposes revolutionary ethics.

In fact, in Venezuela, there is a very critical left-wing intelligentsia that thinks and produces valuable works interpreting the social dynamic and, when necessary, advances substantiated and reasoned criticisms. In my case, for instance, I went so far as to introduce appeals to the Supreme Court to nullify cases where public powers seemed to act against constitutional principles and against socialism. 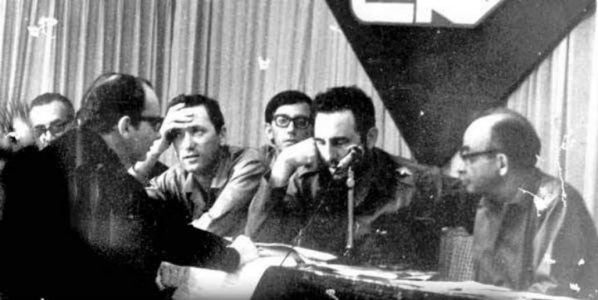 In the early ‘60s, Fidel said: “Within the Revolution everything, outside of the Revolution, nothing.” Some fifty years later, how do you read this slogan?

As is the case with any great slogan, it should be examined carefully. By saying “within the Revolution everything,” Fidel meant that the adversary’s arguments must be known even if they are not shared, or that certain aesthetic productions are accepted even if they don’t have a revolutionary content, such as abstract paintings or novels of the absurd. When that is followed by “outside the Revolution, nothing,” then it becomes necessary to define what is “outside.” For example, the production of Soviet constructivists, which laid the grounds for twentieth-century painting, architecture, furniture, and aesthetics in general, was seen with suspicion by many Soviet officials. At the other extreme, there are artistic productions that are so bad that, no matter how loudly they are proclaimed to be “revolutionary,” the opposite is true. Perhaps it would be better to say “Against the Revolution, nothing.”

Chávez was an extraordinary leader and pedagogue, but not much is said of Chavez as an intellectual. What are your reflections on that question?

He was an extraordinary leader and a unique pedagogue for the same reason. As an intellectual, he had a correct reading of reality and developed proposals for acting that were coherent with that interpretation. Chavez began his political formation exactly like that: reading and thinking. At the Military Academy Jacinto Perez Arcay guided him. His brother Adan [Chavez] and Ines Marskman gave him access to revolutionary readings.

In fact, he often talked about how he devoured the books and brochures he found in the trunk of a car abandoned by a leftist fugitive. Already in power, and despite the limited time he had, Chavez read obsessively. In each Aló Presidente, he delivered commentaries on a pile of books that he had recently read. There are thousands of volumes in his personal library, almost all with underlinings, marks, and annotations. Most often, his speeches had a coherence that qualifies them as serious intellectual productions. In fact, he delivered so many of them that the process of compiling and organizing is still going on.

additionally, Chavez felt (and expressed) deep admiration for leftist intellectuals and artists. Think of how he admired Ali Primera, Aquiles Nazoa, and Eduardo Galeano! And let’s not forget that Chavez sang and drew, and that during his military career he improvised theatrical pieces of a patriotic nature. Obviously all this makes him an intellectual. 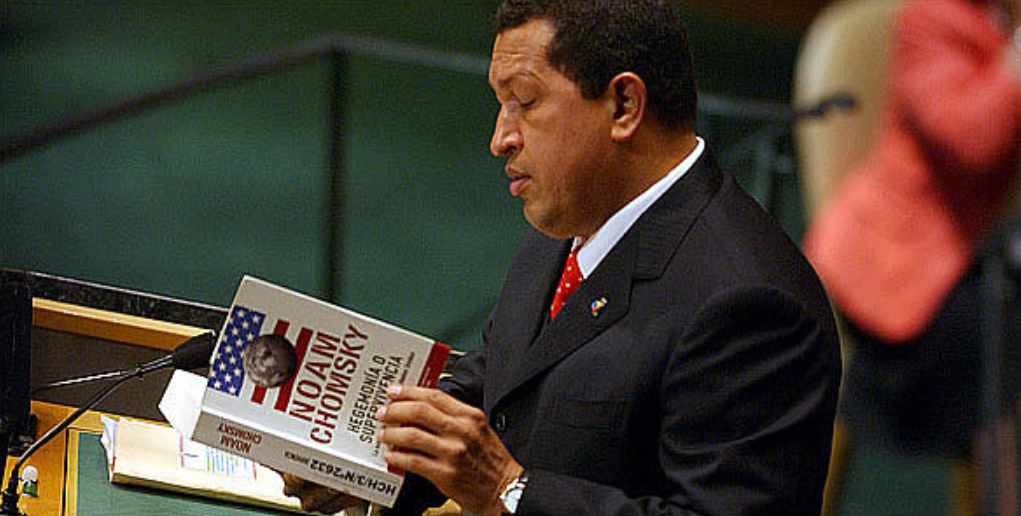 What are the Bolivarian Revolution’s universal lessons – both in regard to successes and errors – for left intellectuals? Were there times when the relationship between intellectuals and movements or processes was more fertile than others?

The first and most obvious lesson is that every successful revolutionary process is based on a coherent intellectual project. I have pointed out before that the Bolivarian platform has been part of the Left insurgent project since the ‘60s, ‘70s, and ‘80s. There we can find everything: socialism, anti-imperialism, the search for continental unity, dependency theory, social control of natural resources, participatory democracy, intellectual commitment, and even civic-military unity. We should remember that during those decades there were two major leftist military rebellions: the Porteñazo and the Carupanazo [both in 1962]. Many military people sacrificed careers and lives in their commitment to revolution. Therefore, the second lesson Venezuela offers is a critical review of the left prejudices against the military sector.

In Venezuela, the military career is open to all social sectors. That is why our army has a policlassist body of officers which is much more permeable to progressive projects than that of other countries. A third lesson is that progressivism can and should elicit great popular support that remains even in difficult periods. At times the Left, isolated by repression, came to think that power could be attained by means other than popular consensus. Bolivarianism has shown that consensus can be the basis of power. Finally, the fourth lesson is that Venezuela has demonstrated for two decades that the most powerful imperialist power on the planet can be resisted. That teaching is not a negligible one!