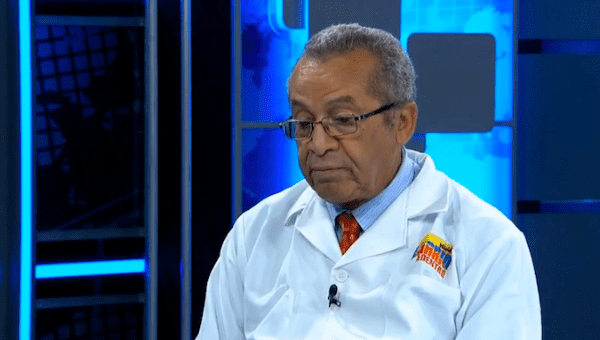 This molecule has been used for different purposed against several conditions hepatatis A and B, also all kinds of leukemia, dengue, explained the professor in an exclusive interview with teleSUR. | Photo: teleSUR

For 40 years, Cuba has been using a molecule named Interferon Alpha 2B , which has successfully been used to combat the new Coonavirus in China and elsewhere.

“The world has an opportunity to understand that health is not a commercial asset but a basic right,” Cuban doctor Luis Herrera, the creator of the Interferon Alfa 2-B medication, one of the most successful medications in the fight against COVID-19 told teleSUR Tuesday.

Interferon has been known for more than 40 years: first, it was produced from original sources in local sites, then nationally and later in the United States and even Finland.

“At the beginning of the 80s, an important professor from Houston came to Cuba and advised our President Fidel Castro than the Interferon we had here was a very interesting molecule for a different purpose,” Herrera told teleSUR.

“Then a group of people went to Finland to get training in the production of interferon,” while people were also producing Interferon from recombined sources using genetic engineering.

The first one was Beta Interferon in Japan, and the second one was the family of Alpha Interferon by Genetec in California, according to the Cuban doctor.

“One year later in Cuba, we cloned different genes of Interferon from local sites, and we started to produce Interferon in 1981 and 1982, which we used in the outbreak of dengue fever, and we presented the results in the United States in California.”

One of the ways the virus can multiply inside the cells is by decreasing the levels of Interferon naturally produced in human cells. The molecule thus, through a different metabolic way, can create conditions to limit the replication of the virus.

During the MERS-CoV epidemic three years ago – another type of coronavirus – people realized that Interferon was decreased during the replication of the virus, highlighted Herrera.

In China, practically a few weeks after the beginning of the outbreak, people started to use Interferon in a way to avoid complications in people infected with the virus. According to Herrera, this molecule has “some side effects but not too critical.”

He concluded that Cuba must participate in this solidarity movement with other nations, just “the same way other countries have had solidarity with Cuba, especially with Latin American and African countries.”

“We have more physicians working abroad than practically any other country in the world, not because we are exporting anything but simply because we want to participate in building a world with better health conditions and living conditions.”