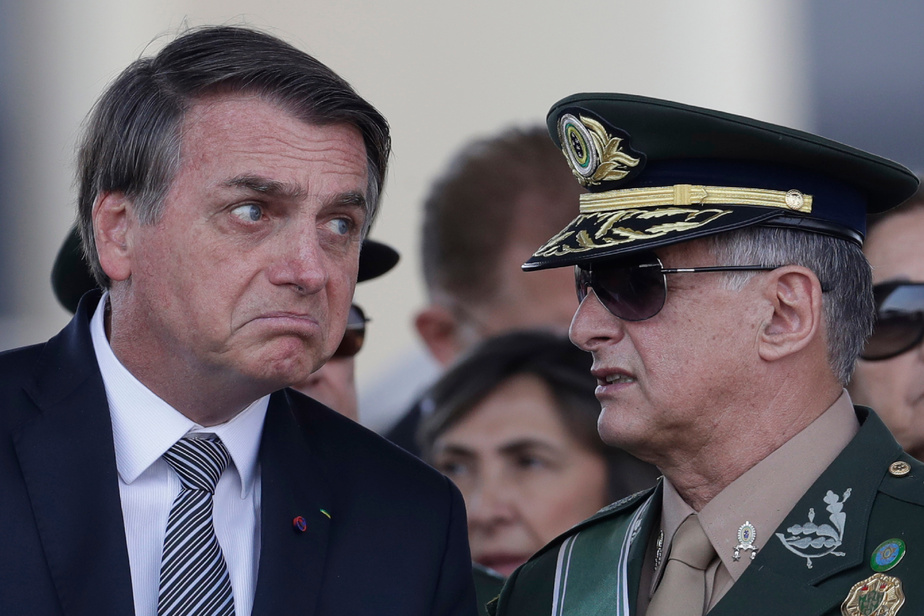 In the classic liberal state, the Armed Forces had the function of guaranteeing national sovereignty, protecting its borders and leading possible wars against other countries. Political representation was reserved for parties.

But, over time, the Armed Forces have become a reserve political agent for the dominant classes. The case of the coup d’état in Brazil in 1964 became typical, in the framework of the Cold War and the National Security Doctrine, assumed by the Armed Forces, through the High War College, since its foundation in the late 1940s.

As the popular camp grew, throughout the 1950s and early 1960s, the right wing’s ability to act through its traditional parties weakened – especially after the failure of the Jânio Quadros government that ended abruptly in 1961 after just 7 months – the armed forces were asked to intervene, break with the democratic process and establish a military dictatorship that would last more than two decades.

After this regime ended, the process of democratic transition in Brazil did not represent an open political defeat for the Armed Forces in our country, contrary to what happened in Argentina, Uruguay and Chile.

The Armed Forces have had to withdraw from the militarization of the State with which they had played a leading role in Brazilian political history. But they have never assimilated the democratization of the country, they have instead tolerated it. They were powerless to prevent it, and, above all, they have never been self-critical of everything they had done during the dictatorship.

It was not by chance that the Truth Commission represented a hard blow to the institution’s image. In the democratic transition, the Armed Forces managed to impose their amnesty, which included the crime of torture.

The negotiated nature of the transition, reflected in the defeat of the campaign for direct elections for president of Brazil and in the central role of the Electoral College, produced a fusion between the old and the new, with the election of Tancredo-Sarney, preserving the amnesty imposed by the Armed Forces.

The Truth Commission became unacceptable to the Armed Forces because the systematic repression put in place by the dictatorship, including torture as a repeated method of action by the military, was widely opened and common knowledge to the whole of society.

The witnesses of its victims revealed to society, with names and faces, the monstrosities committed by the Armed Forces. Several high-ranking officials revealed their discomfort, never being able to counter the unquestionable allegations. The political and legal persecutions launched by the right-wing to try to evict the PT from the government, after having exhausted the attempts to do so democratically, with the repeated electoral defeats of the Toucans, were accompanied by statements with the tone of threats by officials of the Armed Forces.

On the eve of the habeas corpus trial for the freedom of Lula da Silva by the Federal Supreme Court, the head of the Army made a threatening statement, which had an effect on the negative decision of the Judiciary. He would later justify that statement, claiming that without it “the process would have gotten out of control”. He was referring, of course, to Lula’s freedom and his role in controlling the political process to the limits he saw fit.

The Temer government, established by the 2016 coup d’état, immediately resumed the neoliberal model, governing with the traditional right-wing parties. The Bolsonaro government intended to present an image of independence for these parties. Initially, his government was supported by three axes: the ultraliberal economic policy (which guarantees, until today, the support of the big businessmen), the police state of the Minister of Justice Sergio Moro and members of the Armed Forces. These were indispensable because, unlike Temer, Bolsonaro did not have a solid party, which had been dismantled over time.

Later, the military assumed a large number of government positions, including at the governing offices. They took on the traits of a corporation, but not just any corporation, but one that concentrates on the use of military force, and that represents the values of order and hierarchy. Their discourse has always continued to guarantee the struggle against “subversion,” that they identify in social movements and leftist parties.

The military personnel belonging to the Armed Forces, demoralized by the democratization of the country, the success of the leftist governments and the revelations of the Truth Commission, have increasingly joined a government elected for the judicialization of politics and the manipulation of the electoral process. Without ideology or a political project, apart from the control of the political process in the hands of the oligarchy, they did not hesitate to join the government, individually.

As the president became weaker, due to his innate inability to add, prioritize and govern, the option of the right to replace the president with the vice president arose, Bolsonaro decided to give a show of strength, that he is the head of government and fired several military personnel. Those who remained were weakened.

But as his government lost the support of many of its promoters and popular support, as the wear and tear of the president’s actions and his sons, involved in corruption and other crimes, intensified, the president decided to resume the process of militarization of the government.

The neoliberal model has lost its hegemonic capacity; it is incapable of obtaining any social base of support that gives it stability, as demonstrated by the accelerated erosion of the Mauricio Macri government in Argentina. It governs according to the interests of financial capital; it is a policy that promotes financial speculation, without favoring either production or job creation. It is a policy that systematically reproduces social exclusion, and therefore requires repression, policies of domination, since it does not have the capacity to persuade and to conquer the bases of popular support in a stable manner.

The armed forces are a guarantee of resistance against the return of the PT to government and against any other participation of social movements. They represent a reserve of cadres for a government that has no party and as a reserve for repression. But the Army is not made to govern, in the sense of convincing, dialoguing, living with differences, discussing ideas. They are made to command (just as military schools train young people for war, unlike other schools, which serve to train young people for freedom, democracy, living with diversity, learning with knowledge). They will have difficulties in dialoguing with the Congress, facing criticism, living with popular mobilizations.

They may represent a greater dose of pragmatism in government, replacing or silencing talkative, incompetent and mediocre ministers, seeking greater effectiveness, perhaps even from the ministries of economy, education and foreign affairs. But they will have to live with the president’s intransigent behavior and the actions of his children’s militias. They have a tough political test. This may be the last letter from that government. That needs militarization but loses even more political leadership. No one can extract water from the stone and, by sitting on the bayonets, also risks falling victim to them.