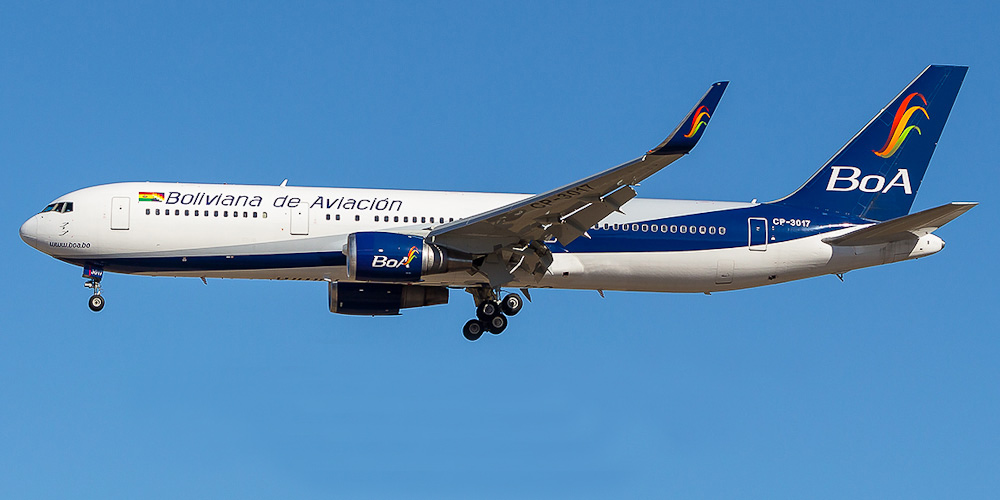 Elimination of its directors.
Intimidation of personnel.
Dismantling of the company.
Declaration of bankruptcy.

Elimination of its directors.

This phase has already been practically concluded with the forced resignation of the directors of the previous administration. Boliviana de Aviación is a company built through the efforts of each and every one of its workers; however, the main targets of persecution have been those whose knowledge and positions could have been dangerous for the planned destruction of the company by the executives of “Amaszonas”.

The general sentiment of the personnel is one of fear due to the constant intimidation and authoritarianism since the new BOA management was established. Punishments and unjustified dismissals, as well as forced resignations have become a weapon to achieve submission within a long chain of reported abuses, ranging from sexual harassment by the operations manager (Stanislao Finfera), the Chief Pilot (Boris Garcia Agreda) and other managers, to illegal actions such as hiring new staff without external calls or regulatory selection processes, such as the case of people who were rejected in previous recruitment calls because of their insufficient merits and skills. These and other facts have also been the object of public denunciation as in the case of the letter from Adolfo García Pinedo, former operations manager of BOA.

A meme that circulates internally in BOA

In addition to what was expressed, the strong contrast with the previous administration and the origin of the new managers, who are actually employees of the Amaszonas company, has led the BOA workers to attempt to found a union recently, despite the threats received. This has been acknowledged by the COB, but vetoed by the Ministry of Labour.

Dismantling of the Company.

–Destruction of the Service for the purpose of corruption and damage to BOA’s image.

Despite the fact that ticket prices have remained at the same level, food has been reduced on international flights, and completely eliminated on domestic ones. This irregularity is accompanied by another illegality: the catering company that provides the food and beverages has been hired without a public call or tender, and is currently preparing to renew its “contract”.

–Routes, schedules and frequencies were altered to benefit Amaszonas.

In the Bolivian press there are numerous complaints, even from a congresswoman who is close to the current de facto government, about different irregularities that point to the dismantling of BOA. Among them, it is worth mentioning the closure of routes, as in the case of Chimoré or Monteagudo, the alteration of flight frequencies, as is the case of Bolivia’s largest tourist pole: Uyuni, while those of BOA decrease, those of Amaszonas increase. The same happened with respect to the timetables, always in favour of the Amaszonas schedules.

But this is not all, SABSA, whose manager also comes from Amaszonas, prioritizes the airport services for its “mother” company, to the detriment of BOA, while the director of the DGAC, another “son” of Amaszonas, is certifying the new Amaszonas aircrafts in open violation of the regulations on time limits for this procedure. It goes without saying that the new aircraft will cover the demand that BOA has lost due to the described sabotage.

The situation is now so serious that, just three months after the coup d’état, it is beginning to affect the regular payment of salaries and per diems to BOA personnel and even fuel, as in the case reported in Santa Cruz. But the economic damage caused does not end there. Several people whose dismissals by an ignorant and deficient administration were outrageously illegal have initiated labour processes. Several are demanding substantial compensation, others rehire or both.

–The destruction of the Cochabamba base to move it to Santa Cruz.

As in the case of the Urea plant, the destruction of the Cochabamba base to move it to Santa Cruz has already begun. A month ago, an official communiqué was issued establishing the transfer of 60 crew members and pilots to the city of Santa Cruz, as a first step toward stripping the cradle of Bolivian aviation of its traditional place at the forefront of national air transport. Cochabamba will be a mere destination, a stopover on the air routes of Santa Cruz companies. This situation is still not properly understood, thanks to the complicit silence of the media, and so, when the time comes, one can expect the outbreak of massive mobilizations against this attack on the department’s heritage, as in the case of the Urea plant.

–The rental of airplanes that will end up “sinking” BOA

The previous administration had planned and initiated negotiations for the rental of Air Bus aircraft (used by Avianca Brazil) to supply the international routes (Miami and Madrid) at a price of $260,000 per month. The current administration of Amaszonas in BOA has decided that such a measure is “excessively cheap” and has begun negotiations with Boeing to rent similar aircraft (787) at a price of $600,000. The purpose of such a “unique” measure is evident.

In the finance department, fraudulent manipulations have already been identified with the purpose of forcing negative balances in the company, as if sabotage were not enough to affect BOA’s operations and profitability. The announced “strategic alliances” involve not only Amaszonas, but also Eco Jet. What the public does not know is that Mr. Humberto Roca has shares in Amazonas and rents planes from Eco Jet, a company where non-payment of salaries and per diems is chronic. BOA will also have to deal with the bankruptcy situation of this company and the Amazonas’ shortcomings.

When BOA’s bankruptcy is declared, Mr. Humberto Roca will appear as the “saviour” of the situation, replicating what happened with Lloyd Aero Boliviano and Aerosur.

It has barely been three months since the coup d’état but it seems like three years have passed: Is there anyone who remembers who guaranteed that the BOA workers would provide their families with bread?

Since the coup, there's a wider corruption going on at BOA. The new leadership, appointed by the regime, are former executives of Bolivia's largest private airline, Amaszonas. The state airline has been scaling back and handling over routes to Amaszonas. BOA is being killed off. pic.twitter.com/38oXjl7M84

Under his leadership, the executives have been living full time at a 5 star hotel and making BOA foot the bill. pic.twitter.com/xb2QjmuKhc

Evo created BOA after the former airline of the neoliberal period, LAB, collapsed under the weight of it's own corruption. BOA was hugely efficient and provided internal flights that were much cheaper than other Latin American countries. All of that is being destroyed. pic.twitter.com/TmdJeDkZ1Q