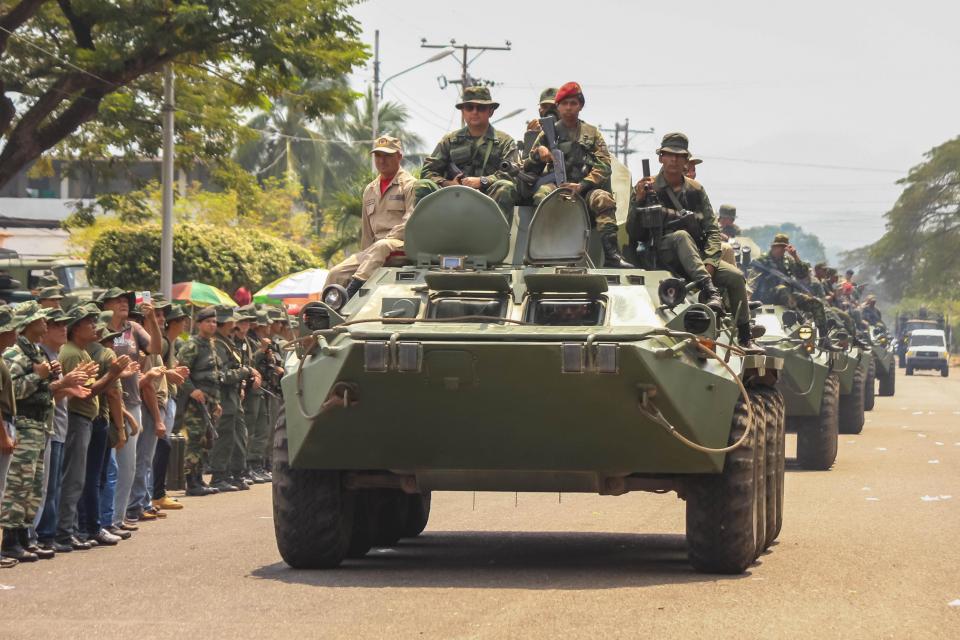 It was the Bolivarian Shield 2020 exercise involving the activation of 2,300,000 combatants, announced by President Nicolás Maduro last Friday. The last operation of similar dimensions was held in the month of September, centered on the border areas, under the name of Sovereignty and Peace.

The exercises were televised and presented what a military deployment would look like in the face of a scenario of aggression. The deployment of soldiers, anti-aircraft system, the firing of missiles from warships, as well as an operation to establish resistance centers in Caracas in a bombing and troop attack scenario could be observed.

One of the significant elements within the Bolivarian Shield was the activation of the Militia. The General in Chief, Vladimir Padrino López, highlighted the importance of this component: “the incorporation of the Militia as a special component of the FANB gives an added value to the defense of the Nation (…) they are regular combatants, not armed civilians”.

The Bolivarian Militia has been the object of different attacks by the Venezuelan opposition, which has oscillated between ridiculing those who are part of the Militia on the one hand and, on the other, expressing their concern for the increase in the number and training of militia men and women.

This is one of the most distinctive features of the Venezuelan political process, which allows and encourages the participation of the population in the process of defense of the Nation under Article 130 of the Constitution. The Militia consists mostly of men and women from the popular sectors, slums, rural areas, workers, identified with Chavism and the need to prepare themselves against current threats.

These threats come at a critical time in Venezuela after the US tour of Juan Guaidó, with the central scenes of his presence at the State of the Union address, as well as the meeting at the White House with President Trump.

These are not merely photographs: a sector of the Venezuelan right is openly calling for forceful actions to be taken against the Venezuelan government. The work of that opposition wing is to achieve that operation through the campaign they have been carrying out in the United States, where a sector of the Republican Party and the State Department are working in that direction.

Within this framework, the Bolivarian Shield 2020 was a demonstration of force, military readiness, and dissuasion to both the United States and neighbouring countries, particularly Colombia and Brazil, both of which have been areas of high tension.

This is not the only defence action developed by the government, within the hypotheses of conflict where regular military action seems the least likely. The framework of possibilities indicates that the possible operations are centred on manoeuvres via paramilitaries, mercenaries, with attempts at surgical shootings – such as assassinations or extractions – or attacks that seek to provoke social upheaval.

The exercise was also a new reaffirmation of the authority of Nicolás Maduro and the fiction of the presidency of Juan Guaidó, which, since his return, has made no concrete or decisive announcements.