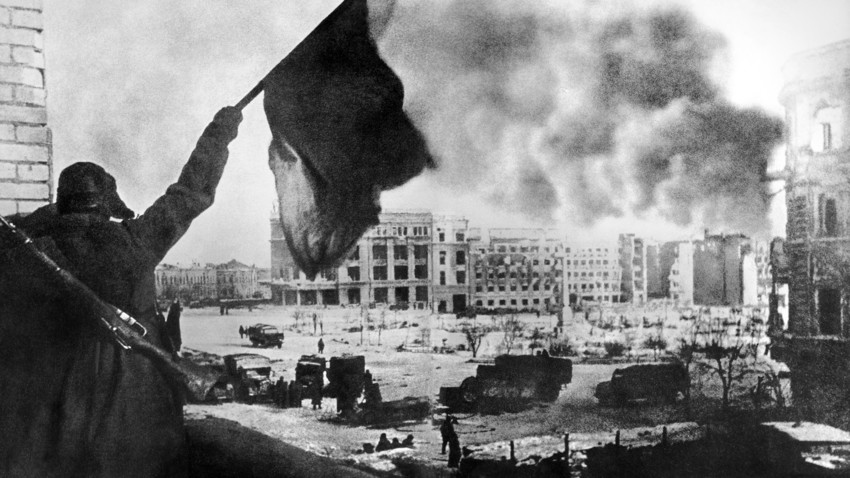 This February 2nd was the anniversary of a date that was completely ignored by the deceitful global hegemonic press: the end of the Battle of Stalingrad (according to historians the bloodiest in the history of humanity) with the defeat of Hitler’s Wehrmacht at the hands of the Red Army and the civilian combatants of the Soviet Union.

This denial is compounded by the fact that the 75th anniversary of the liberation of the Auschwitz concentration camp in Israel was commemorated without, with few exceptions, a reminder that the liberator of those unfortunate captives condemned to forced labour and atrocious genocide was none other than the Red Army.

Auschwitz was not only liberated but was liberated by Soviet troops, something that the perfidious propaganda of the capitalist press does the impossible to conceal. The same is true of the Battle of Stalingrad, which marked a turning point in the Second World War.

The German offensive began on August 23, 1942 and ended, in defeat, on February 2, 1943. It is estimated that the losses incurred during these almost six months of bloody fighting accounted for some two million military and civilian casualties, the vast majority on the Soviet side.

The city, now called Volgograd, was completely razed to the ground and in the last few weeks the fierce fighting was fought door to door. With the surrender of the invaders, a final page was turned that opened the door to the Allied victory in World War II and put an end to Nazi barbarism. A fact that should always be remembered.

There are many documentaries on the subject, most with a distinctly American slant. The one I’m encouraged to share is one of the least partial. But you have to take it with a grain of salt:

The important thing: without the Red Army and the heroism of the Soviet people, the Nazis would have eventually conquered the world. Never forget this simple lesson.