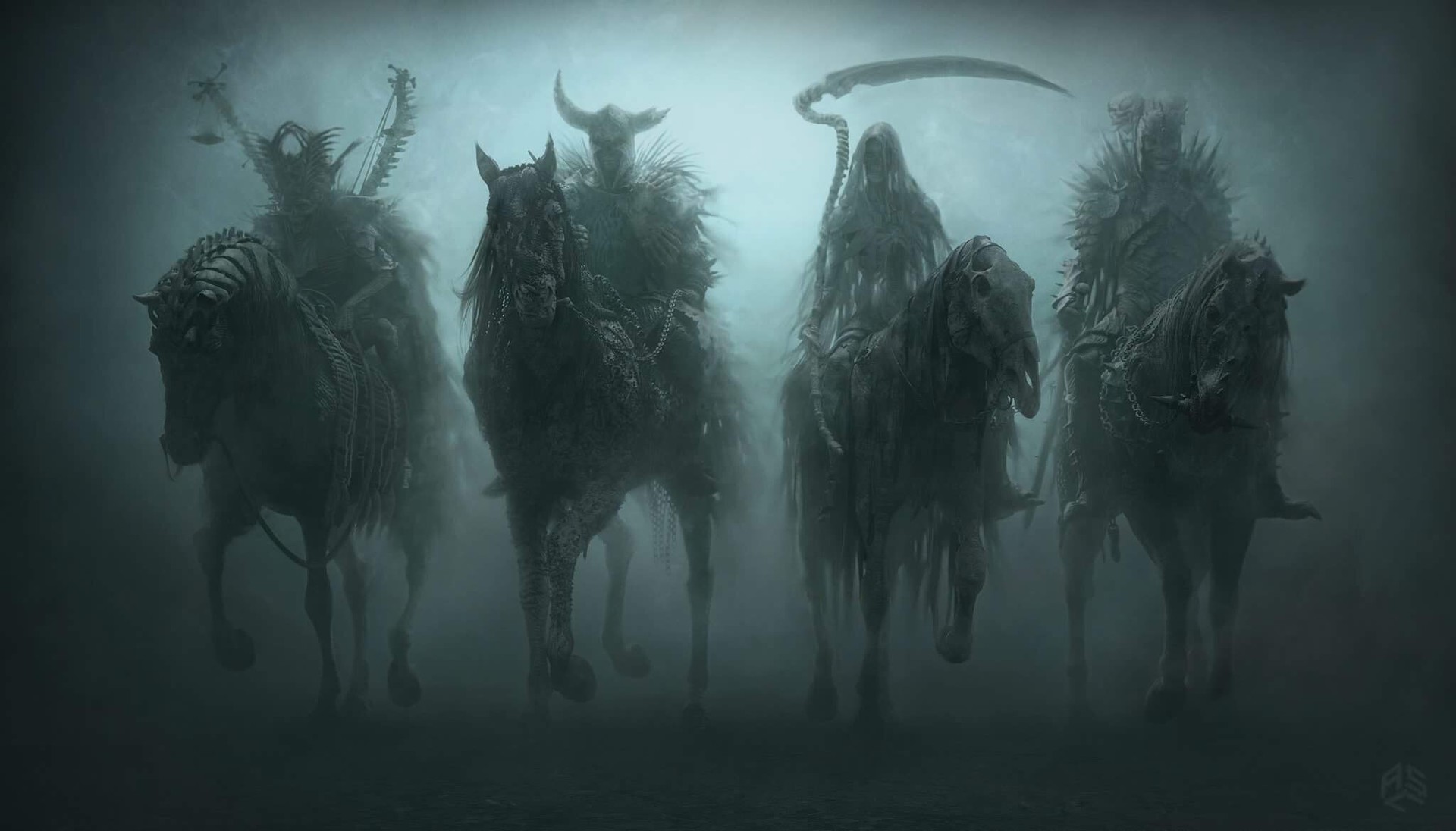 Once upon a time, there was a country vilified and impoverished (for nearly two centuries of a failed Republic), which through the almost “miraculous” work/sacrifice of its prominent social movements regained its dignity, and began to prosper economically by more than 4% per year (when its neighbours barely reach 2% on average) during more than a decade.

It achieved an unprecedented political stability. It came to be recognized and studied as a regional economic phenomenon or miracle. While in the world, millions of the middle class fell into poverty, simultaneously, about 3 million Bolivians ceased to be poor… The country was no longer inhabited by illiterates and beggars…

Because of its prominent material and symbolic achievements, the country became an enviable model of “development with inclusion” for the region and the world.

But four horsemen of the “Bolivian Apocalypse” (Camacho, Mesa, Albarracín and Pumari), riding on the back of naïve and traditional gourmand middle-class youth, managed to materialize the civic-Christian-military coup against that enviable Bolivian process, and in a matter of months turned Bolivia into a country of shame.

They convinced the vast majority of Bolivians, from social networks and corporate media, that “Evo Morales sought to eternalize his power through electoral fraud… “That God had sent them to overthrow Morales and restore democracy and the Bolivian Republic”…

They consummated the coup d’état, set up a de facto government which they referred to as a “transitional government ” so that they could “call general, free and transparent elections”. They imprisoned the main magistrates of the previous Electoral Body without providing any evidence of the alleged electoral fraud. But, once they formed a new Electoral Body, presided over by none other than the delegate appointed by Jeannine Áñez, the latter officially proclaimed herself President and then presidential candidate for the next general elections on 3 May.

They humiliated Bolivia internationally with the coup d’état. They massacred 36 indigenous people who were resisting the coup, accusing them of being terrorists (without any proof). They persecuted and criminalized hundreds of social leaders and/or leaders of the Movement Towards Socialism (MAS). They closed down approximately 60 community radio stations (accusing them of sedition). They placed their families and friends in key positions in the state and in public companies. They cut off state subsidies to marginalized sectors, all in the name of “restoring democracy”! The most shameful thing, intellectuals, writers, academics, still say that: In Bolivia there was no coup d’état!

Luis Camacho confessed that it was his father who negotiated with the police and the army to overthrow Evo Morales. Two former presidents of the country maintain: “now that the transitional president has made official her candidacy for the presidency for next May 3rd, no one in the world will believe us anymore that there was no coup d’état in Bolivia”.

In this context, beyond the dispute over the events of the recent New Year’s Eve, Bolivia is experiencing a political turmoil similar to what happened at the beginning of this century. This time, it is caused by the unscrupulous fight between the coup leaders in function of the de facto government that keeps Bolivians with “Jesús en la boca” (Jesus-their hearts-in their mouths). Perhaps the difference is that, now, there is a sociopolitical structure (MAS-IPSP) that restrains or contains the social anger with the promise that “we are going to defeat them again at the polls,” and thus avoid the social upheaval required to shake off the coup. 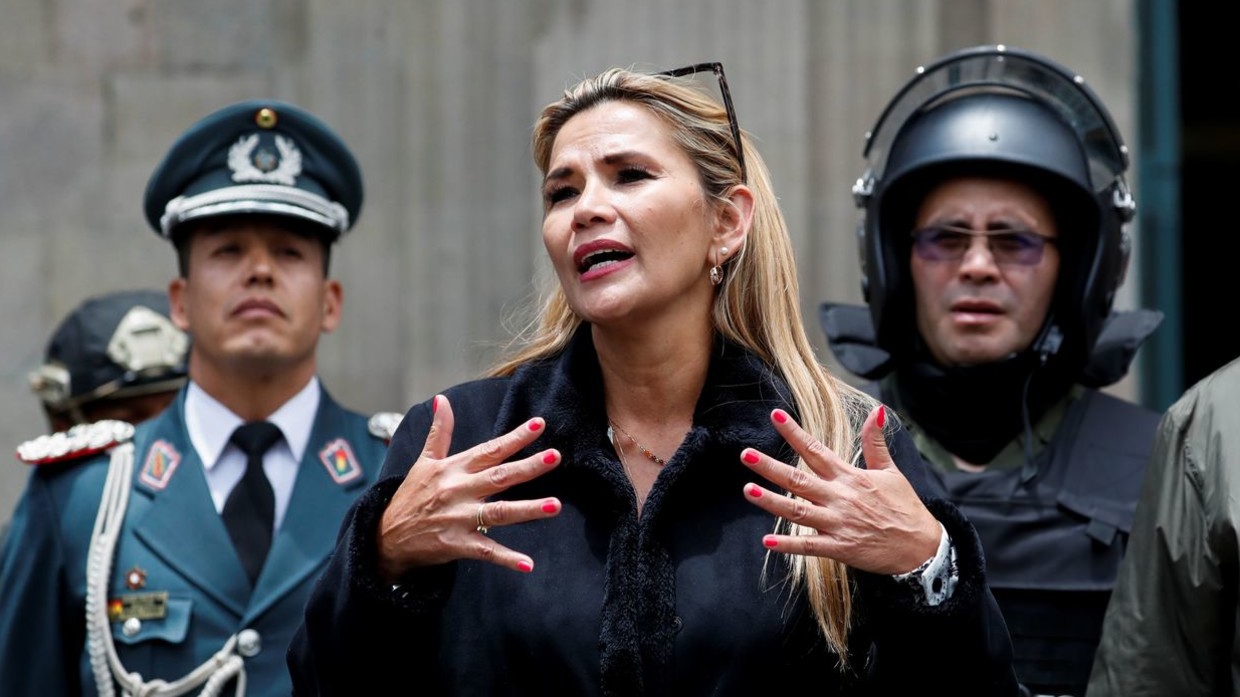 No one knows for sure what will be the fate of Bolivia’s promising recent past. The only thing certain is that the usurper will not easily abandon power, either to party lines or through the ballot box. Much less, now, that she, through her appointed magistrate (Salvador Romero, President of the Electoral Body) controls the entire Plurinational Electoral Body of Bolivia.

Remember that she took the “presidential sash” from the hand of the head of the Armed Forces to complete the constitutional period. This period ended last January 22. But the self-proclaimed woman, far from speeding up her exit from power, bolted herself to the presidential chair. And to “address her election campaign” she reorganized her entire ministerial cabinet to become her campaign team using public money.

The horsemen of the “Bolivian Apocalypse,” now excluded by the usurper in office, do not have many options: either they join, or they persist in their worn-out presidential candidatures separately, or they abandon the electoral process. Unfortunately, the MAS’ opportunity continues to be in the weakness of the coup leaders…