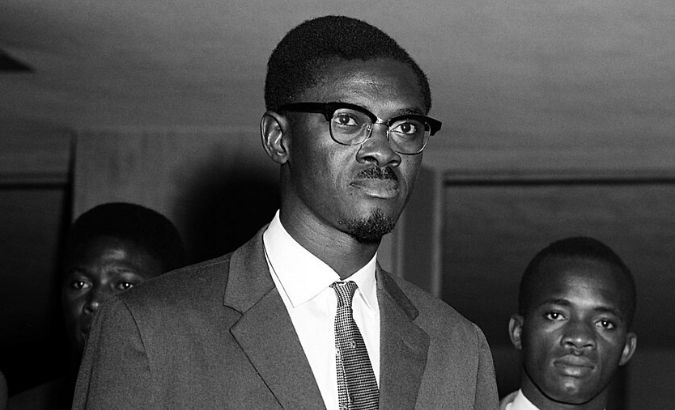 The Prime Minister of the Democratic Republic of Congo Patrice Lumumba during a visit to U.N. Headquarters in New York. (July, 24, 1960)

On Jan. 17 1961, the African leader and first head of government of the Democratic Republic of the Congo (DRC) Patrice Lumumba was brutally murdered in a heinous crime that after almost 60 years remains unsolved; yet his legacy endures spreading across free peoples in Africa and the world.

Lumumba led the Democratic Republic of the Congo to independence on Jun. 30, 1960 after more than half a century that the country became “private property” of Belgium’s King Leopold II since 1880 and then a Belgian colony since 1908.

The African leader wanted the decolonization of his country but even more, he wanted to totally eradicate the European colonialist power present in Africa, pushing out the abuse and plundering that the continent had suffered for centuries.

As a successful tactician, he had managed to organize the bases to rise up against the Belgian colonialist system and his ambitious aspirations for independence that transgressed the borders were inspired by pro-independence groups across Africa like the feeling of ‘African socialist unity’ coming from Ghana.

This ascension to become a leader in the region made him also an enemy for Europe and the United States, who, according to several analysts, were responsible for his death.

Belgian sociologist and writer, Ludo De Witte, known for having written an acclaimed book on the murder of Mulumba, described it as “the most important assassination of the 20th century,” due to the historical importance connected to several factors, but above all the global context in which it took place, and its impact on Congolese politics that can be seen and felt until this day.

That misery and violence that has plagued the DRC, despite being one of the countries with the largest natural wealth in the world, can be traced to what Lumumba died fighting: the colonial past and its rooted mechanisms.
DR Congo as a Belgian Colony

In 1880, King Leopold II of Belgium acquired the rights for the territory of Congo and made the territory his own property. Over several decades, Leopold exploited the local population to make profits from resources, particularly from rubber, ivory, and diamonds.

Under Leopold’s command, the DRC had one of the most traumatic colonial histories of Africa and the world. Millions were murdered and tortured living under as slaves in extreme conditions and subjected to the most inhuman abuse; characterized mainly by the cruelest torture methods to be used: hand amputations, chains, lashes, kidnappings, sexual abuse were common practices during his rule.

Leopold exploited the Congolese lands freely and with the support of the Belgian State, which, through loans, provided him with the necessary infrastructure for the exploitation of the colony’s wealth.

“Of all the Europeans fighting for control of Africa in the late 19th century, it can be said that the Belgian King Leopold II left the greatest and most horrible legacy of all,” Mark Dummet, former BBC correspondent said in 2004.

The denunciations and international pressure, who accused him of violating human rights in 1908, forced him to transfer his “property” in Africa to Belgium. Now, the Free State of the Congo became the Belgian Congo.

The colony became controlled by the Belgian government and, although there was a notable reduction in the levels of violence, slave labor continued strongly, now also in the copper, gold and tin mines. While privilege and concentration of wealth in the hands of Belgian interests prevented the social, political and economic demands of the working class or the native population from being heard and addressed.

In the backdrop of such a violent history, self-organized groups emerged with pro-independence feelings firm to demand a free and sovereign Congo. One of these groups was the Congolese National Movement (MNC), in which Lumumba was the best-known face.
Lumumba: Revolution and Independence

In 1958, inspired by the independence movement of Africa after attending the All-African Peoples’ Conference in Ghana, Lumumba was determined to fight for the decolonization of the DRC, despite the limited possibilities of social action that allowed the Belgian colonial system.

Lumumba was in favor of creating an independent and secular state, whose unitary political structures would help to overcome tribal differences and feed the creation of national sentiment, a key feature to understand African societies and a way to capture Pan-Africanism.

After several protests for some years led by Lumumba and the Congolese National Movement, under the pressure, in 1960 a round-table conference was called in Brussels.

At this conference, the Congolese strongly rejected the guidelines drawn up by Belgium and demanded the immediate transition of government. Elections were called in May of that year and Lumumba was elected the first Prime Minister, while Joseph Kasa-Vubu became the first President. The country became officially independent on Jun. 30, 1960, later changing its name to the Democratic Republic of the Congo.

“Who will forget the rifle-fire from which so many of our brothers perished, or the gaols into which were brutally thrown those who did not want to submit to a regime of justice, oppression and exploitation which were the means the colonialists employed to dominate us?,” Lumumba said during his speech at the ceremony to proclaim the Congo’s independence in the presence of the Belgian King Baudouin.

However, independence came with problems, as Lumumba was unable to prevent the withdrawal of the Belgian army from giving way to conflicts with military pronouncements, attacks, and widespread disturbances, mainly in the provinces of Katanga and South Kasai, where there were attempts at separatism supported by the Belgian government.

The Katanga region was the heart of the country’s mining wealth and where large-scale industrial mining started in the early 20th century, mainly through the system of colonial companies, closely aligned with the Belgian state. The profits as expected were stripped of the Congolese people and increased the pockets of an industrial and political elite. Something that after independence, they were not willing to lose.

It was inevitable that the construction of a legacy based on colonialism of economic exploitation and political authoritarianism wouldn’t vanish overnight. The uprisings and secession of Katanga became stronger with the mutiny of the military forces and already at this point, also with the support of the U.S.

As a strategic ally for Belgium, for the U.S., it was important, according to some analysts, to maintain closeness in the DRC’s affairs, given their interest in uranium, likely from Katanga’s mines.

It is for Lumumba’s determination on the interests of the nation and the search for Congo’s natural resources to benefit the people, that he was perceived as a threat to Western interests, which led them to use all possible strategies to eliminate him, including negotiating with the U.N.

After the separatist revolts in Katanga supported by Belgium, Lumumba demanded before the U.N. the rights of sovereignty and inviolability of its territory and called the immediate expulsion of the Belgian troops. However, the U.N. ignored the request and Lumumba in Cold War-mentality sought the support of the Soviet Union (USSR), which for many was the defining point that led to his death.

Soon after a military coup was led by Joseph-Desire Mobutu was perpetrated in Sept. 1960, and the African leader Lumumba, “a martyr of the revolution” in the words of Che Guevara, was captured and killed. Although his body was dissolved with acid in an attempt to erase his legacy, his thoughts and the importance of his struggles for the liberation of the African peoples live on until this day.

Few speeches have marked our history as much as that given by the Congolese Prime Minister Patrice Lumumba on 30 June 1960, the day that Congo achieved its independence.

This speech could be considered the birth certificate of modern Congo, a country that was then emerging from eighty years of colonialism and which looked with confidence to its future.

In Africa this speech is considered one of the key moments in propelling the continent onto the international stage. In the West, many have seen it as a call to arms opening up Belgian-Congolese hostilities, plunging this former Belgian colony into chaos.

A chaos marked by the fall of the Lumumba government in 1960 and, the following year, by the assassination of the man considered in Congo to be the country’s first ‘national hero’.