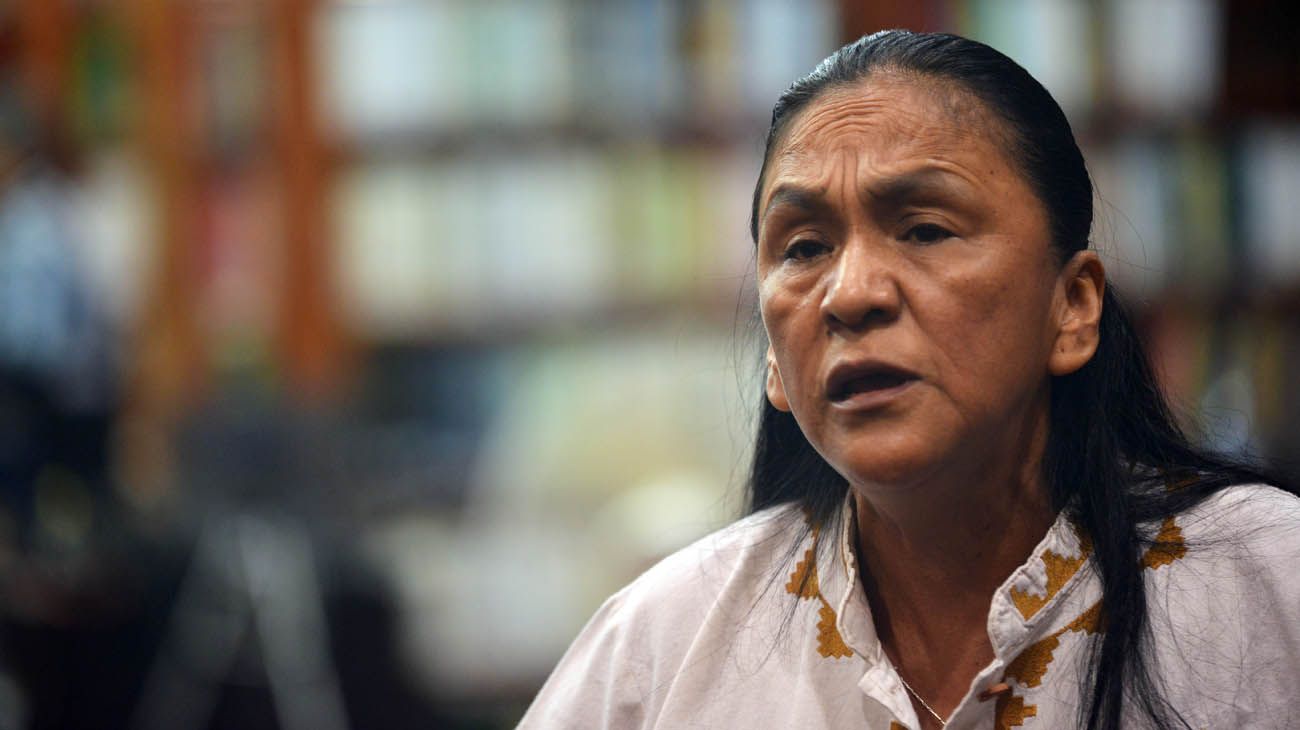 In the first meeting with the Mothers and Grandmothers of Plaza de Mayo and human rights organizations, President Alberto Fernández reminded them the words of Néstor Kirchner in 2003, “For fighters of your stature, the Casa Rosada will always be open. They do not need to ask for a meeting”.

He added: “It is an honor to receive you, and I feel like an ant in front of you because you are so big […]. I will always receive you because you give prestige to this house and to Argentina”. And in a clear allusion to his predecessor said, “If ever someone closed the door to you, it was a scoundrel.”

The cause of human rights has returned to Argentine politics. For example, if Mauricio Macri had a civil servant in his office that was insensitive and too friendly with the Israeli extreme right (Claudio Avruj), the headline today is Horacio Pietragalla, son of disappeared persons.

The same with Eduardo Wado de Pedro, Minister of the Interior, Juan Cabandié Minister of the Environment, or Victoria Donda of the National Institute against Discrimination, Xenophobia and Racism,( INADI). And the appointment of Elizabeth Gomez Alcorta to head the new Ministry of Equity and Gender was seen as recognition of her tenacious defense of Milagro Sala, leader of Jujuy’s social organization, Tupac Amaru.

We spoke of Milagro exactly four years ago, when she was arrested on the orders of the right radical governor of Jujuy, Gerardo Morales for being accused of instigating a protest of people from housing cooperatives in front of the government house (https://www.jornada.com.mx/ 2016/01/27/opinion/017a1pol). Although she was released from prison in that case, Milagro never regained her freedom. From then on, other proceedings against her accumulated, in a number of consecutive accusations to deprive her of freedom for an indefinite period of time.

Sensitive to the persecution which she was subjected to by Morales and the judges of Jujuy, Alberto Fernández visited her in prison at the end of 2016. There he realized that the Salas had become, he later said, the first victim of a system that would end up imprisoning all opponents on remand.

In February 2017, Horacio Verbitski, a journalist and head of the Center for Legal and Social Studies and who had closely followed her case, wrote an open letter to the governor, pointing out, “The catalog of perversions that you and your people dumped on this woman and her organization is unparalleled in the three decades of Argentine democracy.”

In his long letter, Verbitski added that the governor had consented without penalty to the beating in prison of one of Milagro Sala’s collaborators because he did become a State’s witness against her, and to the killing by strangulation in his cell of that man’s 21-year-old nephew.

In July 2017, the Inter-American Commission on Human Rights (IACHR) ordered the State to adopt alternative measures to imprisonment. The State failed to comply with the decision and only in November did it agree to grant her house arrest. But Milagro was moved to a remote house, under the same subhuman conditions of detention.

In January 2018, as the two-year deadline for keeping a person in custody was about to expire, the courts decided on an extraordinary extension of her detention for another year. And in August, untimely, a judge ordered the immediate transfer of Milagro to another federal prison, in the neighboring province of Salta.

Finally, in December, Milagro was acquitted of one of the invented allegations of committing a homicide.  But on January 14, 2019, she was sentenced to another 13 years in prison for conspiracy, fraud and extortion. Her lawyer now Minister Gómez Alcorta, estimated that the statute of limitations had expired 13 years ago and that it had been criminally dismissed and declared null and void.

Previously president of Bolivia Evo Morales had written in a tweet, “We send our solidarity to sister Milagro Sala, who has been unjustly sentenced to 13 years in prison, for fighting for a better life for the poor and the indigenous people of her country.”And as proof of the hatred induced by the media against Sala the journalist Eduardo Feinmann answered that in his television program: “Take her so she can steal from Bolivia. We give her to you.”

In May 2019, the Committee for the Freedom of Milagro Sala stated that “those responsible for this conviction are true executioners; direct sons of State terrorism there are no rules, no substantive standards, and no valid procedures to be followed”

Currently, Milagro is under house arrest. But unlike the convicted practitioners of the civil-military dictatorship of the 1970’s, she has six plainclothes policemen at her door, eight on the corners and others behind her house.

An emblematic case of judicial persecution (lawfare) and the criminalization of social protest, the Milagro Sala case is turning out to be a serious challenge for the government of Alberto Fernández, in a country where the women’s movement is already on a global scale and a reference point for all their struggles.