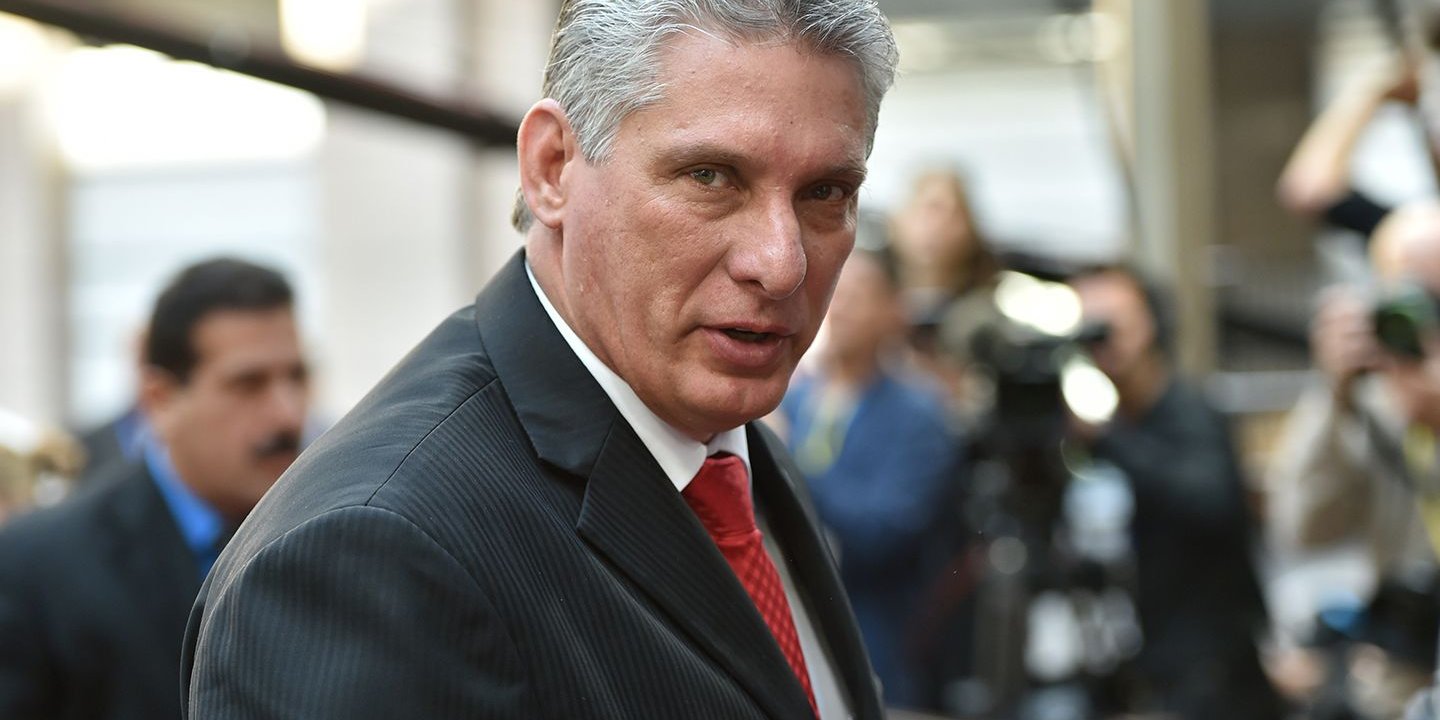 A new spectre is sweeping the world, says Cuban President Miguel Díaz-Canel Bermúdez. He warns that neoliberalism promoted in Latin America by the United States made citizens more unequal, poorer, less protected and led them to distrust politicians.

“Cuba alerts, at the same time, that the battle against neoliberalism and imperialism will be tougher, insofar as they have managed to advance unjust free trade agreements with which they have set a dangerous trap as serious as the Free Trade Area of the Americas, which was defeated here, in Argentina, in the unforgettable Mar del Plata Summit in 2005, led by Néstor [Kirchner] and [Hugo] Chávez,” President Diaz-Canel said during a solidarity with Cuba event in Argentina.

“Cuba alerts, at the same time, that the battle against neoliberalism and imperialism will be tougher, insofar as they have managed to advance unjust free trade agreements with which they have set a dangerous trap as serious as the Free Trade Area of the Americas, which was defeated here, in Argentina, in the unforgettable Mar del Plata Summit in 2005, led by Néstor [Kirchner] and [Hugo] Chávez,” President Diaz-Canel said during a solidarity with Cuba event in Argentina. “A new ghost is sweeping the world: now Cuba and Venezuela are accused of promoting instability, into which neoliberalism – with its practices of unequal trade and disdain for solidarity – has plunged several countries. As the experts state, an attempt is being made to spread a Goebelian world view, in the worst style of German Nazism, in the case of Cuba, to sustain the genocidal blockade policy, condemned by the vast majority on the planet. What is Cuba doing to confront this illegal, immoral war, which contravenes all international agreements guiding relations between sovereign countries? We have chosen to resist and defend ourselves by creating, with an emphasis on defence and the economy. When we affirm that ‘We Are Cuba’ and ‘We Are Continuity, we are not repeating just another slogan, we are expressing the will to maintain the conquests of the Revolution and the dignity that our leaders bequeathed to us, an intention shared by the absolute majority of the Cuban people.”

President Diaz-Canel noted that for Cuba, the challenge was colossal.

“The inordinate hostility of the current US government violates international law and rules of navigation and commerce, and has obliged us to face severe difficulties in acquiring fuel,” he said. “…These threats, however, will not stop us or divert us from our course. We are prepared to face the consequences of the electoral campaign in that country, which could lead to the aggravation of confrontational policies toward Cuba and other sister countries. That is to say, we are not alone in this fight against threats to regional and planetary peace and stability. At the global level, there is great concern about setbacks in important areas such as self-determination and the sovereignty of nations, the environment and confronting climate change, human rights, social justice and the search for equity. In the name of Cuba, we reaffirm that we will continue to be firm, loyal revolutionaries, worthy of our forefathers, and that we will not yield an inch in defense of independence, sovereignty and social justice, nor will we renounce solidarity with peoples who fight and resist. Let us struggle together for a better world, one that is possible, just and necessary!”

President Diaz-Canel said Latin Americans have realised that neoliberal politicians and mainstream politics “are powerless to solve our problems or improve lives, and Latin America is tired of them”.

“Wage cuts, weakening of labor rights, privatisation and cutbacks in public services do not appear in campaign speeches. They are applied later in a betrayal of the people to whom they lied. And as Abraham Lincoln said in his era: ‘You can fool all the people some of the time and some of the people all the time, but you cannot fool all the people all the time’,” he said. “In Latin America, neoliberalism weakened social benefits, considering them “too generous” and reduced access to universal health care, education and pensions. It is easy to understand that the peoples of Our America now reject the impact of neoliberalism, which increased inequality, poverty, violence and criminality. It is not true that the people are causing destabilisation. They are only defending their fundamental rights.”

President Diaz-Canel called for an end to attacks on young people and students who are killed, left blind, disabled or seriously wounded for telling their truths.

“Cuba calls on all honest political forces on the planet to demand an end to the attacks and judicial persecution of Vice-President Cristina Fernández and former Brazilian President Luiz Inácio Lula da Silva,” said President Diaz-Canel. “…Whoever said that everything is lost, Cuba comes to offer its heart…Cuba has come to express its solidarity with the new government of this sister nation and to share with all of you, who have defended and supported the Cuban people in the darkest hours, an assessment of the current situation and the ways we are confronting it. I know that you all closely follow the news about our country and I will not abuse the time you have taken from other tasks to be with us. This persecution is accompanied by threats and accusations that are as false as they are ridiculous, whether in the message comes from Presidential spokespeople, Mr [Michael] Pompeo, or the President of the United States [Donald Trump].”