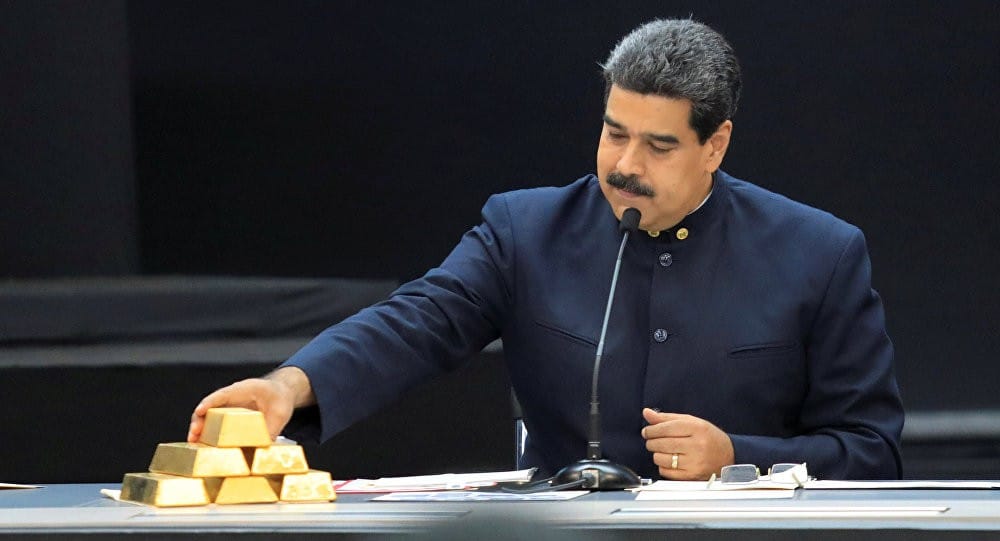 In a recent interview with José Vicente Rangel, President Nicolás Maduro was again able to present part of his economic vision. There he expressed the dramatic impact of the economic sanctions imposed illegally and criminally by the U.S. government.

The President also referred to the need to recover national production, at which point the revival of the oil industry, severely affected by the sanctions, plays a crucial role. In this regard, he announced the advancement of plans to avoid the effects of economic aggression, which is very positive news for the country. These advances are undoubtedly within the context of multipolarity, where Commander Chavez succeeded in integrating us very aptly, and now President Maduro continues along that path.

In social matters, he highlighted the efforts of the Government to meet the basic needs of our people and reiterated his categorical condemnation of the policies of the International Monetary Fund (IMF), which generate grave social upheavals, as has been dramatically revealed in the region. In this sense, the productive recovery of the country is important, fundamentally to strengthen the strategy of social justice and increasing welfare of the Bolivarian Revolution.

So far, the statements have reaffirmed the determination to resist the US blockade and the need to recover economic equilibrium and production growth. But it was his reference to the controversial issue of dollarization that generated the most reaction from specialists and media opinion leaders.

The great majority of these reactions have been based on a distortion of what Nicolás Maduro said. They claim that he expressed the need to dollarize the economy, when what he was doing was issuing an opinion in relation to existing facts: there is a growing use of convertible currencies (not only dollars) in our economy, a question he described as a kind of escape valve in the current circumstances of currency scarcity, economic blockade and social precariousness. The injection of foreign currency into the economy, at the present time expressed in the use of the same in the mercantile exchange, alleviates the consumption needs of a sector of society, opens spaces to productive activity and elevates the internal supply.

So that there is no doubt, there is an abysmal difference between a monetary system based on the dollar -which is defined as dollarization- established through the government’s decision to substitute the national currency for it, as has happened in countries such as Panama and El Salvador, and the growing circulation of the dollar in the country due to severe economic upheavals, as is the case with us.

At no time did Maduro endorse an economy based on the dollarization scheme, he always referred to the existing fact in Venezuela, consisting of the circulation of foreign currency and which has had a set of positive effects.

However, here the private media’s lack of objectivity and the “debate” carried out by the enemies of the Revolution is invariably based on lies and manipulation.

The President added two important insights to understand the meaning of his statements. First, that the legal tender will always be the bolivar and that we will continue working to stabilize and strengthen it. This rules out any biased interpretation in the sense of a supposed government plan to steer the economy toward a scheme based on dollarization.

With regard to its causes, the growing use of dollars in our economy follows the impacts of inflation which, in addition to exterminating the value of the national currency, buries confidence in it and stimulates the circulation of other currencies in the country.

As we have said on other occasions, dollarization will be reversed when we defeat the inflationary scourge and can at least curb its propelling forces, among which it is worth mentioning: speculation with the price of currency and the prices of goods and services; the scarcity of products in the national market; monetary imbalances and inflationary expectations themselves. All of this obviously involves overcoming the terrible consequences of Washington’s economic sanctions.

The President also stated that our economy has always been dollarized. In this sense, although the circulation of dollars in the country is a phenomenon that is manifest for the first time, it is no less true that since the irruption of oil in our history, the national economic performance has been marked by the U.S. dollar, by its price, by its amounts in the exchange market, by its (in)stability in the world economy, by exchange speculation and by exchange regimes.

The nation’s oil dependence is transformed into dependence on the dollar, as this is the currency that governs the international oil market. In such a way that the determinant incidence of the dollar in the national economy is dated and responds to the oil feature of our economy.

In relation to the problems generated by the circulation of foreign currency -it is impossible to think that any economic phenomenon has only positive effects in the midst of such a complex situation- one of the most acute is inequality in society. Another difficulty is the deepening of foreign dependence.

In contrast to the idea of prohibiting the circulation of the dollar, we believe that this is not the way to overcome these evils. In addition to the fact that the restriction of this phenomenon via prohibitions is not viable, the circulation of foreign currency in the country is not the cause of the problems, but rather an effect of other major ones (fall in oil revenues, inflationary increase in prices, galloping speculation, scarcity, etc.).

So, we must go to the causes of the problem. Even under the terrible impacts of the sanctions, we have to continue applying policies that allow us to re-establish the equilibrium of the economy and, with it, confidence in our monetary system; we must achieve the recovery of the productive apparatus and thus strengthen the national currency.

In the meantime, the right thing to do is to take advantage of the positive effects of this situation and try to combat the negative ones, but not through administrative decisions, but by increasing efficiency and improving production levels.

Finally, we must remember that the Bolivarian Revolution has always been against dollarization as a monetary system for our economy. This is not only due to the moral and political reflections arising from a system determined by the currency and policies of an imperial power. Beyond that, a dollarization scheme would hand over the management of our monetary, exchange rate and, to a large extent, fiscal policy to the economic authorities of the United States.

Dollarization, as a country’s monetary system, is in open contradiction with the need to implement a social policy with a broad impact on the population, to develop a diversified economy, and to build a sovereign economy.