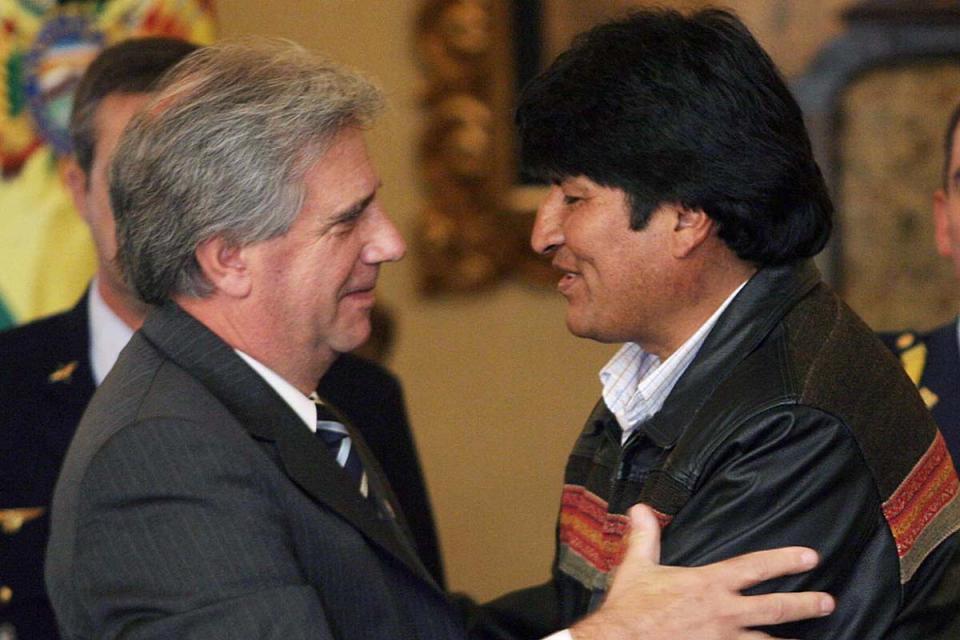 The Uruguayan government demanded that legal protocols be activated to analyze Bolivia’s permanence in the bloc because the country’s constitutional order is being violated. “Mercosur must demand from the de facto Bolivian authorities full respect for human rights,” said the Foreign Ministry.

During a meeting of the Mercosur Common Market Council, the Uruguayan government formally requested the application of the democratic clause on Bolivia and an analysis of whether the country should be suspended as a member of the regional bloc for having broken the institutional order after the coup d’état against Evo Morales.

The proposal was made by Uruguayan Foreign Minister Rodolfo Nin Novoa during a meeting in the Brazilian city of Rio Grande do Sul with his counterparts from that country, Argentina and Paraguay.

At the same meeting, Nin Novoa stated that “Mercosur must demand from the de facto Bolivian authorities full respect for human rights, strict control of the use of force and an end to indiscriminate repression against the civilian population”.

Evo Morales’ reaction from his exile in Mexico was immediate. “We salute Uruguay’s diplomatic tradition in its defense of institutionality,” he wrote in his Twitter account and framed it in the reaction of “the international community (which) rejects the illegal proclamation of the de facto government,” whose officials he accused of having “trampled democracy underfoot”.

Bolivia is not a full member of Mercosur, despite the fact that the integration process had been promoted during the Morales administration. The country has been technically in the “accession process” since 2015, when it signed a commitment to adopt Mercosur’s normative acquis.

Among the foundations of his petition, Uruguay referred to the “institutional breakdown” that occurred in the country after the “constitutional president Evo Morales was forced to resign his post”. That fact, he continued, “provoked an institutional breakdown that represents a rupture of the democratic order in the terms established in Article 3 of the Ushuaia Protocol”.

That document establishes the requirements that member countries must meet in order to be an active part of the bloc. The article cited by the representative of Montevideo indicates that “any rupture of the democratic order” in a State party will open a stage of consultation among the other members that could lead to the “suspension” of the country involved.

If this happens, the State that has broken the institutional order will not be able to participate “in the different decision-making bodies” of Mercosur. In this sense, for Uruguay, “the current situation in the Plurinational State of Bolivia, whose constitutional president Evo Morales was forced to resign his post” is sufficient for this regulation to be applied.

At the behest of the government of Mauricio Macri and then Brazilian President Michele Temer, Mercosur applied this clause against Venezuela. The argument was that the government of Nicolás Maduro, elected in open elections, “is not democratic”.

“We are here to say that in Venezuela there is no democracy; enough of repressive Venezuela, enough of repression, restore democracy,” was the statement of Argentine Jorge Faurie during the meeting in which the decision against the Bolivarian government was announced.