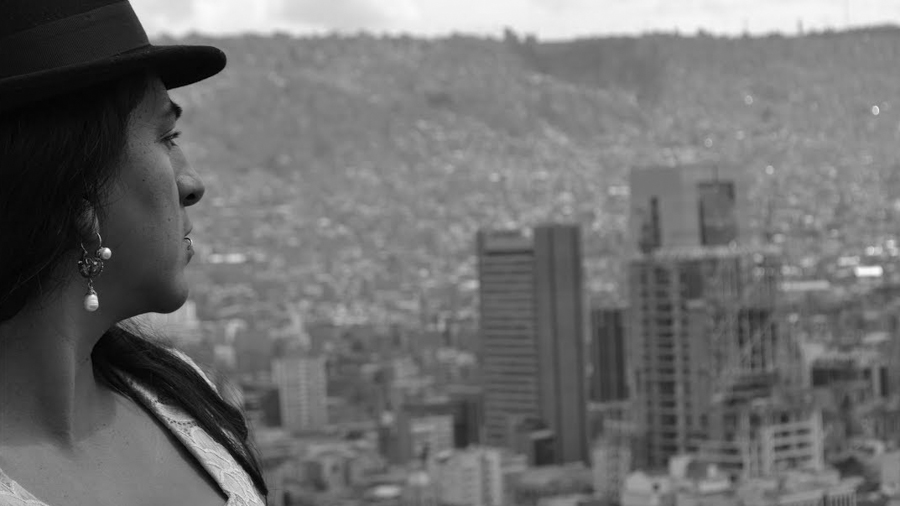 “They have carried out this coup d’état to recover colonial power over our bodies,” said Adriana Guzmán, a member of Bolivia’s Feminist Community Anti-Patriarchal movement. And she remarked: “Fascism comes to kill and comes much faster than we can calculate”.

Faced with the terrible situation that has existed in Bolivia since the coup d’état against President Evo Morales, Contexto spoke with Adriana Guzmán, member of the Feminist Anti-patriarchal movement of Bolivia.

Guzmán analyzed the characteristics of the coup, explained which sectors are really behind the self-proclaimed “president”, Jeanine Áñez, and assured that the resistance of the native peoples “does not end with the Evo, this struggle is for the defense of our dignity in the face of a racist and fascist coup d’état”.

From the Feminist Anti-patriarchal movement of Bolivia, how are you facing the resistance to the coup d’état?

We, as a feminist group, join and are organic to the main confederations such as the Confederation of Peasants and the Federation of Neighbourhood Councils. From there we confront our struggles and that is why we are in the streets, because we don’t understand a feminism that is in the air and far from the organizations.

Has the repression worsened?

After Jeanine Áñez took office, there was a lot of repression. We have learned that fascism’s pace is very fast and that political strategy is not enough. Calculation, that masculine policy of trying to look good with both sides, is not enough in the face of fascism. Fascism comes to kill and it comes much faster than we can calculate.

Today we have military and police brutally repressing. So far, more than twenty people have died as a result of the repression.

The de facto government and many of its national and international allies are trying to say that there was no coup d’état in Bolivia.

What has been the strategy of struggle of the people to resist this coup?

One of the fundamental strategies for exerting pressure has always been the encirclement of cities and the blockade of highways. In this case, a siege was carried out against the city of La Paz, where the seat of government is located. This siege has already been felt: in the market there is no food, no meat, no chicken, no eggs, no potatoes, etc. For example, today the cost of a chicken is three times what it was fifteen days ago. That pressure strategy is working.

Faced with this, the Minister of Government, together with the Minister of Economy, have decided to bring in Hercules planes with meat, chicken and eggs from the eastern zone, where they are from, because in addition the entire Cabinet is from the east and responds to that civic group. They have done that to try to destroy this strategy of struggle, but the meat they bring in airplanes from the east is so expensive that it is only accessible to people with a lot of money.

How have social organizations responded to this?

The organizations continue to be convened. We are organic to the strategy of struggle that the Confederation of NeighboUrhood Councils has decided, which is: blockade, roadblocks, the demand for the resignation of Jeanine Áñez (who is the senator leading the coup d’état at this moment), the resignation of the military high command, the resignation of the police high command and the withdrawal of the young people to their homes, because it is the young people who are doing military service who are forced to go out to shoot, and we don’t want our children to shoot at us.

What is the current situation?

On Sunday (November 17), two worlds were seen: on the one hand, the one mobilized in the center of La Paz, which is militarized, with more than fifty comrades arbitrarily detained, without rights, without the assistance of lawyers, violating all their rights, without even being able to use the bathrooms. On the other hand, the government was trying to make people believe that nothing is happening here, trying to get people to go to the market, saying that “families go to the park”.

On Saturday, November 16, it became known that the self-appointed president signed a decree that allows the Armed Forces to repress without having to answer for their actions before the courts.

Yes, on Saturday that decree was signed which states that the police and the military who shoot against the people who protest will not be judged. The minister of the de facto government, Arturo Murillo, tried to justify this decision and minimize it, but the reality is that it is a carte blanch so that they can kill with total impunity.

Jeanine Áñez is the visible face of the coup d’état, but who is behind it?

The head of this coup is Fernando Camacho, the president of the Civic Committee of Santa Cruz and who represents the group that has the political power in this country: businessmen, landowners, soy producers and the sectors that have actions in transnational corporations. They have known how to use the fundamentalist power of the Church, of the evangelicals, etc.

As in no other coup that has taken place in recent decades in the region, in this one we see a very large racist component. Why is this so?

Because of what Bolivia is like. Because 63% of the population is indigenous and because in these thirteen years we have had very important transformations, not only because of State policies, but also because we have decided to stop bowing our heads, to stop looking at ourselves with shame, to stop naming ourselves “señoritas” and to rename ourselves Aymaras. That is what they want to talk about.

That is the racist part, because they want us to be exploited on their lands and to be servants in their homes, which is why this coup needs to be racist. They have carried out this coup d’état to recover colonial power over our bodies. They want us to bow our heads again, to raise their children and be their servants.

The deeper the violence, the deeper the indignation and resistance. Unlike what they thought (that they were going to tire us out), many more organizations are coming to La Paz. This does not end with the Evo, this struggle is for the defense of our dignity in the face of a racist and fascist coup.

Now we need to continue breaking the media siege. The Minister of Communication of the de facto government, Roxana Lizárraga, has issued a resolution so that journalists who denounce the coup d’état can be prosecuted for sedition. The coup plotters have intervened the media, they have destroyed the community radios, on national television instead of transmitting the repression they have a special feature by Camilo Sesto. We need that media fence to be broken so that everyone can see the brutal repression of the racist and fascist coup d’état that is now in Bolivia.