Prescott Bush was a partner of Brown Brothers Harriman & Co and director of Union Banking Corporation which had close relations with German corporate interests including Thyssen Steel, a major company involved in the Third Reich’s weapons industry.

“…[N]ew documents, declassified [in 2003], show that even after America had entered the war [December 8, 1941] and when there was already significant information about the Nazis’ plans and policies, he [Prescott Bush] worked for and profited from companies closely involved with the very German businesses that financed Hitler’s rise to power. It has also been suggested that the money he made from these dealings helped to establish the Bush family fortune and set up its political dynasty” (The Guardian, September 25, 2004).

Without US support to Nazi Germany, the Third Reich would not have been able to wage war on the Soviet Union. Germany’s oil production was insufficient to wage a major military campaign. Throughout the war, the Third Reich relied on regular shipments of crude oil  from US Standard Oil owned by the Rockefeller family.

The main producing countries in the early 1940s were: the United States (50% of global oil production), the Soviet Union, Venezuela, Iran, Indonesia, and Romania.

Without a steady supply of oil, Germany would not have been able to conduct Operation Barbarossa which was launched on June 22, 1941. The invasion of the Soviet Union was intent upon reaching and taking control of the oil resources of the Soviet Union in the Caucasus and Caspian sea regions: the oil of Baku.

The Unspoken Question. Where did Germany get its oil from?

Prior the December 1941, Texas oil was shipped on a regular basis to Nazi Germany.

While Germany was able  to transform coal into fuel, this synthetic production was insufficient. Moreover, Romania’s Ploesti oil resources (under Nazi control until 1944) were minimal. Nazi Germany largely depended on oil shipments from US Standard Oil. 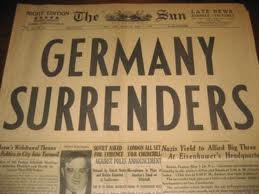 following America’s entry into World War II did not  prevent Standard Oil of New Jersey from selling oil to Nazi Germany. This despite the Senate 1942 investigation of US Standard Oil.

While direct US oil shipments were curtailed, Standard Oil would sell US oil through third countries. US oil was shipped to occupied France through Switzerland, and from France it was shipped to Germany:

“… for the duration of the Second World War, Standard Oil, under deals Teagle had overseen, continued to supply Nazi Germany with oil. The shipments went through Spain, Vichy France’s colonies in the West Indies, and Switzerland.”

It should be noted that a large share of Nazi Germany’s oil requirements was met by shipments out of Venezuela which at the time was a de facto US colony.

Venezuela’s US sponsored (War-time) president General Isaías Medina Angarita (May 1941 – October 1945) was there to protect US oil interests as well as “trade with the enemy” from the onset of America’s entry into World War II in December 1941:

John D. Rockefeller Jr. owned a controlling interest in the Standard Oil corporation, but the next largest stockholder was the German chemical company I. G. Farben, through which the firm sold $20 million worth of gasoline and lubricants to the Nazis. And the Venezuelan branch of that company sent 13,000 tons of crude oil to Germany each month, which the Third Reich’s robust chemical industry immediately converted into gasoline.

While Medina Angarita’s government pressured by Washington in the immediate wake of Pearl Harbor (December 7, 1941) remained officially neutral (de facto aligned with the US, while breaking its relations with Nazi Germany), oil shipments out of Venezuela to Germany were not discontinued. In a rather unusual twist (bordering on ridicule) Venezuela declared war on Germany in February 1945, when the war was almost over.

Without those oil shipments instrumented by Standard Oil and the Rockefellers, Nazi Germany would not have been able to implement its military agenda. Without fuel, the Third Reich’s eastern front under Operation Barbarossa would most probably not have taken place, saving millions of lives. The Western front including the military occupation of France, Belgium and The Netherlands would no doubt also have been affected.

The Franklin D. Roosevelt administration could have taken adopted severe sanctions against Standard Oil with a firm decision to enforce a blockade against Nazi Germany.

The US was not committed to peace: Washington’s unspoken objective was not only to destroy the Soviet Union, it also consisted in undermining Britain’s role  as an imperial power.

Let us be under no illusions. Without the oil shipments instrumented by US Standard Oil and its subsidiaries, Nazi Germany’s imperial design could not have been undertaken.

You cannot wage a war without fuel.

America had been “sleeping with the enemy” throughout World War II.

America’s objective was to destroy the Soviet Union.

The European Union has recently adopted a resolution  entitled “Importance of European Remembrance Day for the Future of Europe which reinforces an earlier declaration (September 23, 2008),

The resolution contends that the Second World War:

“was started as an immediate result of the notorious Nazi-Soviet Treaty on Non-Aggression of 23 August 1939, … and its secret protocols, whereby two totalitarian regimes that shared the goal of world conquest divided Europe into two zones of influence”

This is an absurd statement which distorts history. It intimates that Nazi Germany and the Soviet Union were allies.

It denies the fact that the Soviet Union was the object of Nazi aggression resulting in more than 25 million people killed (more than 10 percent of the population).

The resolution turns the realities of history upside down. The Soviet Union played a central role in defeating both Nazi Germany and Japan, Moreover, there is ample evidence that the US was sleeping with the enemy largely with a view to destroying the USSR and killing its population.

US oil shipments to Nazi Germany (until 1944) were intended to support Hitler’s Operation Barbarossa resulting in millions of deaths. In this regard, the US was complicit is extensive war crimes by supporting Nazi Germany’s military endeavors.

The broader picture of US-Nazi Cooperation

Selling fuel to Nazi Germany was one among several strategies envisaged by the US.

No attempt was made to prevent Ford from retaining its interests for the Germans in Occupied France, nor were the Chase Bank or the Morgan Bank expressly forbidden to keep open their branches in Occupied Paris. It is indicated that the Reichsbank and Nazi Ministry of Economics made promises to certain U.S. corporate leaders that their properties would not be injured after the Führer was victorious. Thus, the bosses of the multinationals as we know them today had a six-spot on every side of the dice cube. Whichever side won the war, the powers that really ran nations would not be adversely affected.

“Wiping the Soviet Union of the Map”

As early as 1942 (at the height of World War II), a nuclear attack on the Soviet Union had been envisaged. According to a secret document (declassified) released on September 15, 1945 (5 weeks after Hiroshima):

“the Pentagon had envisaged blowing up the Soviet Union  with a coordinated nuclear attack directed against major urban areas. … The Pentagon estimated that a total of 204 atomic bombs would be required to “Wipe the Soviet Union off the Map”. The targets for a nuclear attack consisted of sixty-six major cities. (For further details see Michel Chossudovsky, Global Research, December 10, 2017) 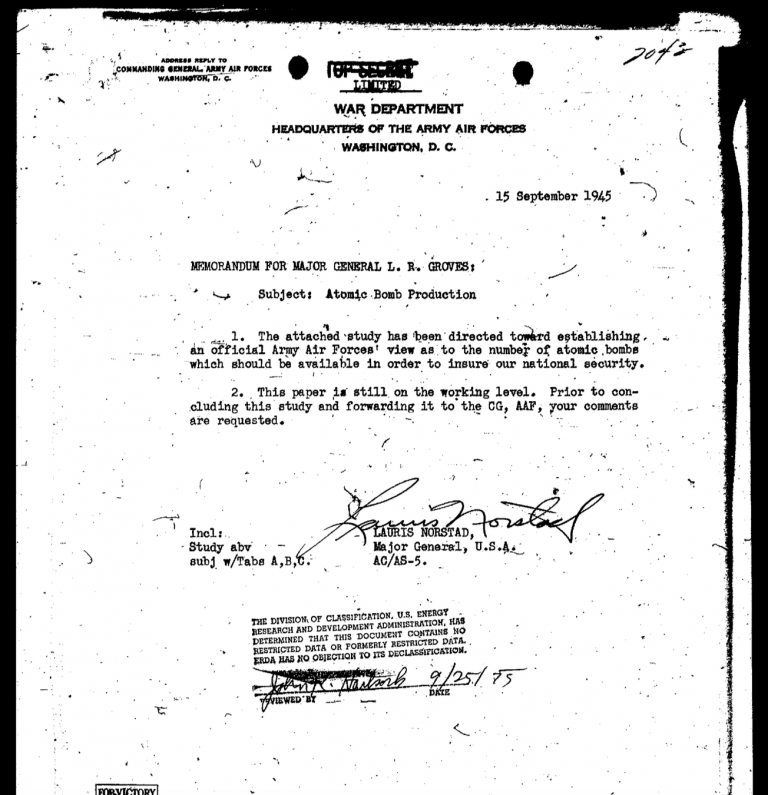 A single atomic bomb dropped on Hiroshima on August 6, 1945 resulted in the immediate death of more that 100,000 people.

Imagine what would would happen if 204 atomic bombs had been dropped on all major urban areas of the Soviet Union. This diabolical project formulated while the US and the Soviet Union were allies was tantamount to genocide.