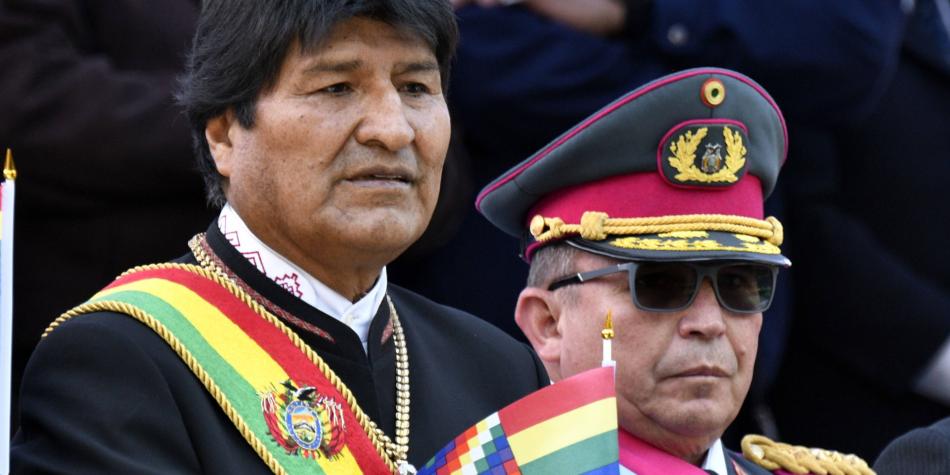 He appeared on television, on behalf of the Bolivian Armed Forces, and suggested to President Evo Morales that he resign in order to stabilize the country.

His name is Willams Kaliman Romero, 56 years old, current commander in chief of the Armed Forces, appointed on December 24, 2018 in this position by President Morales.

Who is this military man denounced by various organizations and leftist politicians as a new Pinochet, who controls the military power in Bolivia?

The NGO SOA Watch denounced that Kaliman, participant in the coup, received training at the Western Hemisphere Institute for Security Cooperation (WHINSEC), formerly known as the School of the Americas.

In the case of Kaliman, in 2003 he was trained in the Command and General Staff for Officers (CGSOC) course, OPME-4, taught by WHINSEC in Fort Beninng, Georgia, United States.

According to one statement, in 2014, Kaliman Romero participated in an event called the American Armed Women’s Conference, organized by the 2013 graduates of the WHINSEC’s Strategic and Defense Policy course.

It is important to note that the WHINSEC, formerly the School of the Americas, was founded in 1946 in order to counter Soviet influence on the continent under the cloak of “strengthening democracy”, through the military training of the region’s armies in counterinsurgency techniques, command operations, psychological warfare, intelligence, interrogation tactics, among others.

The declassification of some of the manuals used for the training of the old SOA revealed that they recommend torture, extortion, summary execution, in addition to defining members of social and trade union organizations as “control objectives”.

Among the most notorious cases are the authors of the 1989 Jesuit Massacre in El Salvador and many of the commanders of the Condor Plan who disappeared thousands of people during the dictatorships of the 60s, 70s and 80s throughout the continent.

While social movements and supporters of President Evo Morales demonstrate against the consummated coup d’état in Bolivia, Kaliman said that “the military command of the Armed Forces has ordered joint operations with the police” to prevent blood and mourning in the Bolivian family.

In some of these operations carried out by the military and police in demonstrations in favour of Morales, several civilians have been injured and others killed by bullets, especially in the area of El Alto, very close to La Paz.