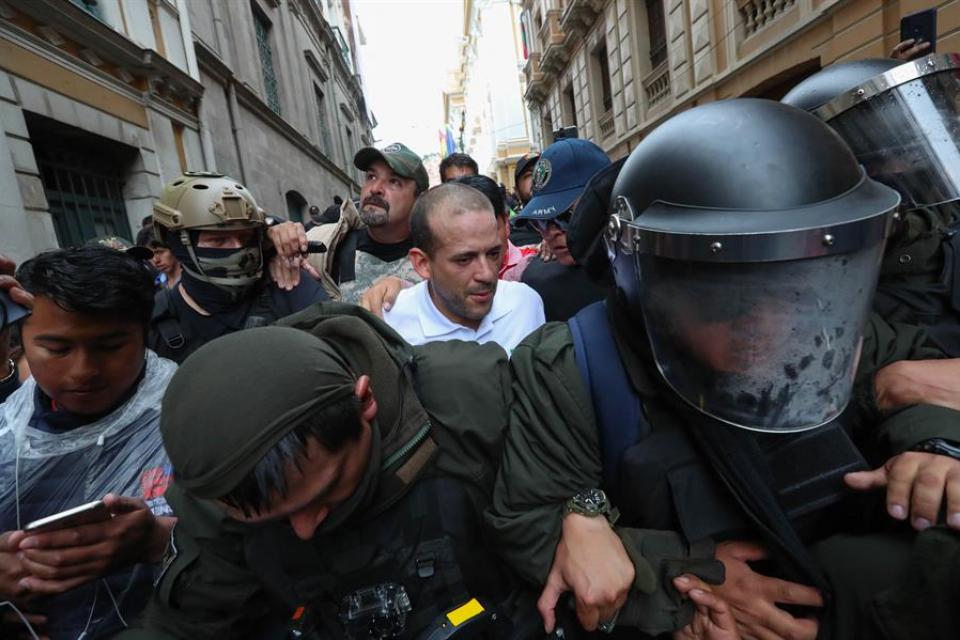 The illegal dismissal of President Evo Morales in Bolivia marks the end of an era. Since Argentina’s democratic recovery in 1983, the armed forces had not emerged as a decisive actor in a process of breaking the constitutional order in Latin America. It is clear that military personnel were involved in the coups in Honduras, Paraguay and Brazil. But they were not at the forefront in an open and institutional way as in this case.

In 1983 the recovery of the democratic illusion began. At that time there was talk of the “transition” to democracy. It was a doctrine of institutional reform that assigned a central place to parties and parliaments, that conceived of “institutional” armed forces far removed from the political game. It was also a doctrine for which popular mobilization was a pernicious noise and the redistributive and anti-colonial agendas of our peoples were mere remnants of the past that had to be displaced from the scene.

That transition coexisted within the “two demons” theory. Under their reign, the whole process of popular resistance against the oligarchic forces was reduced to its most violent and militaristic expressions, thus concealing the wealth and historical validity of this rich process of mobilization. When we speak today of looking back at that past, we see the intolerance and antihistoric obscurantism of those who seek to degrade those struggles into a great intergenerational misunderstanding. The truth is that what until recently were ghostly evocations that had to be exorcised now return, emerging again on the political stage. The mobilizations of the Chilean people are that return; the experience of the Chilean Popular Unity was a beacon in that historical circumstance with the experience of the government of the Popular Unity presided over by the hero and martyr Salvador Allende and today it is present in the multitudes that do not cease to occupy the streets of the main cities of the brother town against the sedicently successful neoliberalism of the post-pinochetist regime.

The clause not written in any magna carta but fully operative is becoming clearer and clearer: the constitutional order is only compatible with policies that respect the geometrically accumulated inequalities in our societies. It is only admissible in the framework of the firm alignment behind the American geopolitical vision, of the interests of the globalized financial oligarchy and of the submission to the new particularly intensive forms of work to the omnimodal will of the economically powerful groups.

The overthrow of Evo is a clear message. It pretends to be a new ‘Never Again’. In this case the never again of the people. No more insubordination to the powerful, no more empowered peoples (especially if they are not white and speak correct English), no more constitutions that put life, rights and justice on an axiological plane superior to private property and the legal security of money.

It is very important for Argentines to recognize this message. We are going to begin a new stage emerging from the clear and widely expressed will of the people at the polls. A stage that emerged from popular resistance and from the lucid interpretation of that process carried out by those who shouldered the process of unity against classist dispossession and the national humiliation that Macri’s government meant. We have to sustain a political process that is clearly alternative and antagonistic to the policies of the last four years. We have to do so with a peaceful will, with a willingness to engage in plural and constructive dialogue. And also with a clear and indomitable decision that no factual power, no unwritten constitution, no violent or destabilizing will can develop in our homeland. That is what the law must be used for. In order to do this, we must legislate wherever a legal vacuum may appear that encourages illegal and destabilizing actions. In order to do that, we have to deploy a great capacity for popular mobilization. Of our workers, of our social organizations, students, professionals, scientists. From the movement for gender equality, for the fullness of the exercise of the rights of all, in conditions of self-defense from any aggression.

It is necessary to re-examine the geopolitical vision and the consequent agenda that trusts in the ‘peaceful and democratic will’ of the CIA and distrusts those powers that do not practice liberal democracy (what is the liberal democracy that inspired the OAS in these tragic hours for the Bolivian people). We must destroy the myth of Maduro’s “dictatorial regime” and understand the grave crisis that the brotherly Bolivarian people are going through as a consequence of the systematic aggression of those who reveal themselves in these hours as accomplices and lackeys in the most cynical attack on the democratic self-determination of the Bolivian people.