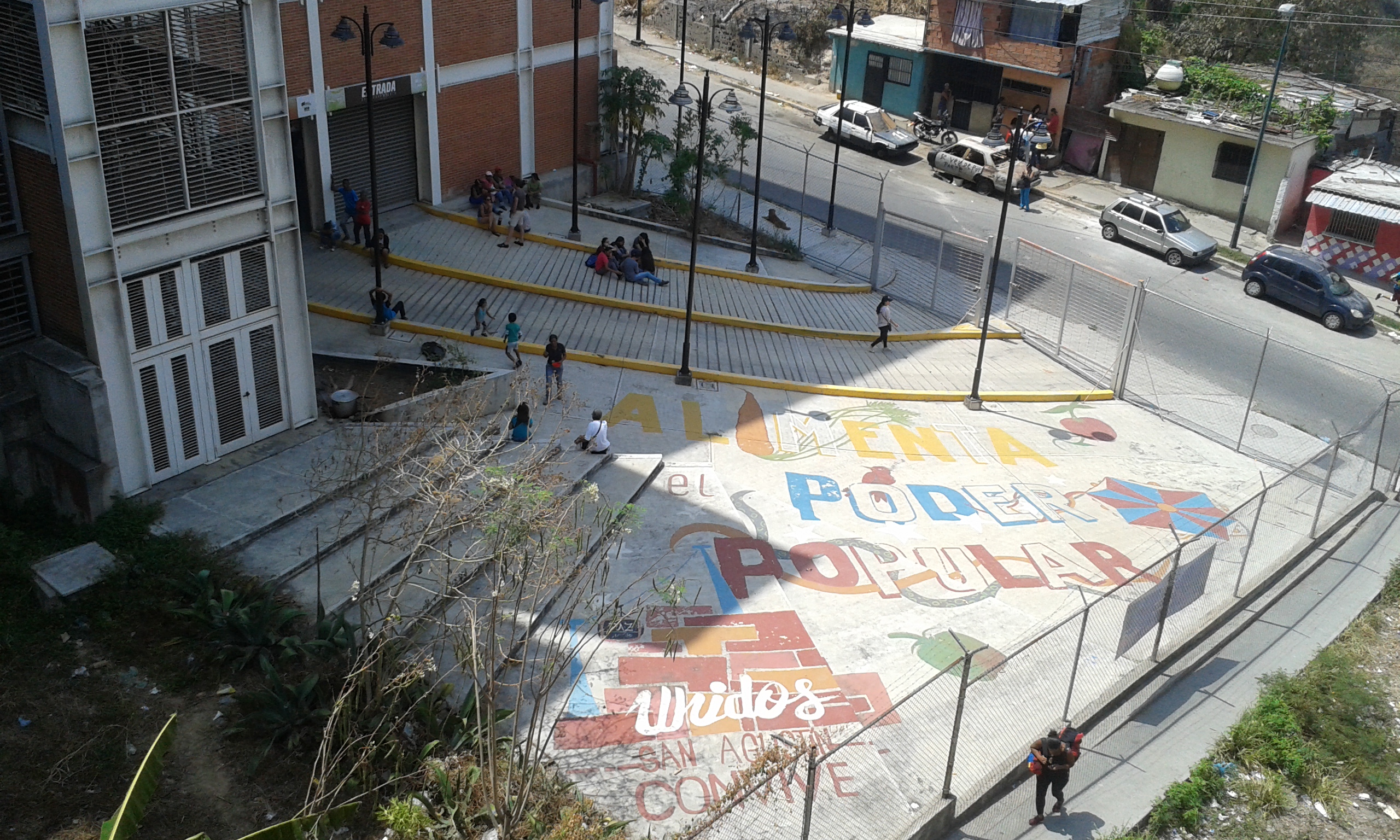 As US sanctions attempt to strangle Venezuela, costing over $130bn, blocking imports of food and medicine and contributing to the deaths of at least 40,000 people; popular power initiatives are fighting back, building an alternative to the shortages and inflation inflicted by the cruel blockade and economic crisis. One such initiative is Pueblo a Pueblo (‘People to People’), linking rural producers to communities in the cities, joining up production, distribution and consumption. This cuts out the speculators who buy in bulk to sell for sky-high prices, it undermines the smugglers who divert food over the border for resale in Colombia, it confronts the reliance on imports that so often distorts ythe economies of oil-producing nations. Not simply a farmers’ market, Pueblo a Pueblo sets prices and plans production through assemblies, organising with communes and cooperatives to ensure democratic distribution in working-class barrios in the cities. Food is brought directly to organised events where a community meal is served as collectives bag up produce for participants to buy at prices 70% cheaper than on the market. It is initiatives such as these, often led by women, that are challenging the logic of capitalism and combating US sanctions. It is exactly this grassroots resistance, this participatory democracy in practice, which is supressed and censored in our capitalist media.

FRFI: What is the work of the Pueblo a Pueblo network? Can you give some examples of how you operate locally and nationally?

Pablo Gimenez: Pueblo a Pueblo is a popular plan for the production, distribution and consumption of food that brings together small and medium agricultural producers and connects them directly with urban populations using a method of double participation where producers and consumers collaborate to set prices in a transparent way. This seeks to solve the problems that occur in the chains of distribution, commercialisation and supply of agricultural products, displacing speculators and influencing the formation of prices. An assembly discusses production costs for that week, then the products are moved to collection centres from where they are transported to Caracas and other cities in the country to organised events for their consumption. We work under the slogan: ‘food is not a commodity, but a human right.’ In this exchange system nobody subsidises nor deceives; participation, cost structures and transparent prices (known and agreed by all parties) allow everyone to receive fair remuneration for their work and contribution to the scheme, as well as producing the necessary food to meet basic needs.

From 100 hectares of the Carache municipality in Trujillo state, 140 families work the land to supply 2,500 urban families each week; on average each person receives 3kg of produce.

Some items are incorporated into the scheme from the most diverse areas of the country. For example, the remote mountain town of Mucuchies in Merida produces native potato seeds for cultivation in surrounding areas through an alliance with the Integral Producers of the Paramo (Proinpa) co-operative. They collaborate with Pueblo a Pueblo through a plan we call: ‘Potatoes for life and not for capital’ (previously they had to rely on intermediaries who bought their crops at very poor prices and sold them on at huge mark ups). The collective control of the production cycle from seed to consumption has produced important results. The ‘Potatoes for life’ plan has energised economic activity in Mucuchies, reactivating a social property enterprise that manages potato storage sheds in Mérida and the Sisal Fibrovensa sack factory.

On 5 October we completed 201 consecutive days of food production and distribution, exceeding the milestone of 2,500 tons of food produced since 2015. Recently Pueblo a Pueblo won an award from the Alliance for Food Sovereignty of the United States, an occasion that we consider conducive to consolidate the formation of international brigades for the collection and transfer of seeds to producers in Venezuela, developing cooperation networks between peoples in accordance with our principles. The USFSA is a network of grassroots organizations that annually awards the Food sovereignty award to recognise projects that work for a more democratic food system. This award was developed to oppose the World Food Prize, which was founded by ‘the father of the Green Revolution’ Norman Borlaug [whose practices have been used to undermine food sovereignty whilst pushing reliance on big agri-business]. USFSA specifically recognised our work towards ‘the construction of popular power to confront capitalism and imperialism, efforts for transition towards a socialist economy, recovery of seed varieties, reduction of the use of agrochemicals, organisation in food distribution, and strengthening women’s position in leadership.’ This was a big achievement for us.

FRFI: What has been the impact of the US blockade and imperialist aggression? Can you talk about the reality in Venezuela, how shortages affect communities, how people survive? How does the work you do contribute to resistance?

PG: Sanctions have a grave impact on the country in general, especially on households and in particular in the family farming sector. For producers the main problems are access to seeds and inputs. However, thanks to platforms such as Pueblo a Pueblo that guarantee access to seeds to all those who participate in the plan, people are surviving by increasing production, guaranteeing their incomes. There is also the transport problem, transport has suffered the impacts of increasing maintenance costs, lack of spare parts and travel costs. Nevertheless, Pueblo a Pueblo continuously strives to overcome these difficulties, making huge efforts to guarantee the logistics of transporting produce each day. For consumers, there has been a significant fall in purchasing power, which means not all the products are bought. This illustrates that our distribution must be expanded to new organised communities and new organised consumption events, finding other ways of distributing food. So we face the problems of planning production and distribution to mitigate the effects of sanctions, facing down the multi-dimensional warfare confronting Venezuela.

Pueblo a Pueblo is perhaps the greatest experience of self-managed socio-productive integration at the national level. We produce and resist, developing popular empowerment and contributing to the construction of an alternative economy from below, maintaining coherence with the principles of the Bolivarian Revolution and the socialist project in the 21st century. Ours is not simply a plan for the sale of food at prices below market, nor is it a form of food delivery. We are instead developing a new way of relating: self-managed socialism, producing food and distributing it communally, without intermediaries, along a plan organised to meet need. This poses the economic planning of the organized people directly against capitalist relations of production.

Our network not only challenges established paradigms of food production, but also provides solutions in the midst of an intense economic war which particularly affects the working class. The economic crisis, the sanctions, the financial and commercial blockade promoted by the Trump administration make the Pueblo a Pueblo initiative a truly heroic act, outside all [capitalist] economic rationality. They say that crises are opportunities that push people to find the conditions for overcoming those same crises. Our people do not give up or waver in our struggle, on the contrary we create new conditions in order to overcome. Our rebel cry since the beginning of the Bolivarian revolution is as true today: ‘Only the people save the people’.

FRFI: How best do you think solidarity activists in imperialist Britain can best support the people-to-people network and the struggle in Venezuela in general?

PG: I believe we must weave a network of international relations ‘people to people’. A first step could be an international seed brigade that brings seeds to Venezuela bypassing the blockade and sanctions, another important issue is to continue communicating the reality of what is happening in Venezuela, breaking the media blockade and also to think of how the Venezuelan experience can strengthen struggles in other countries.

For an account of some of the work of the Pueblo a Pueblo network see https://venezuelanalysis.com/analysis/13862.