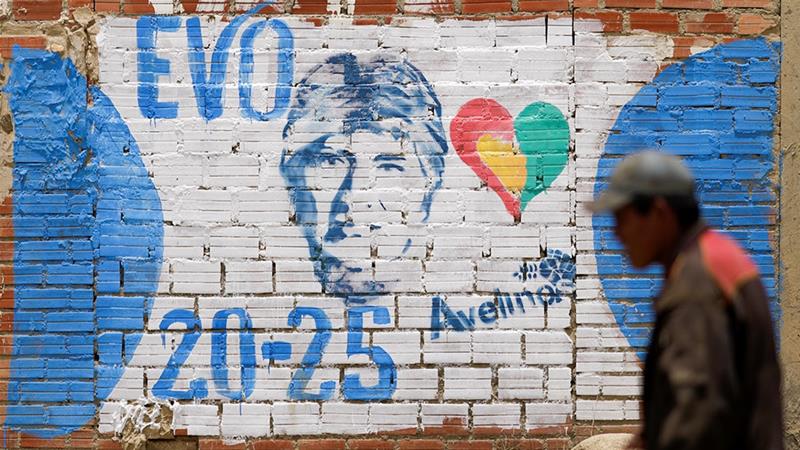 How is it possible that there are doubts about the continuity of the President responsible for the political and economic stability in the country with the largest growth rate in the region?

Let’s try to answer to this question by giving not one but several attempts.

Election Process. There was no tampering in the results. This has been explained on several opportunities since Sunday when the process took place. In fact, no opposition leader or party in Bolivia has submitted a single evidence of fraud. The certificates scanned by every polling place, in presence of auditors of every political party, can be checked in the website of the Pluri-National Polling Agency.

There was a poor management of the results though. First, the polling agency stopped transmitting its preliminary election results when it had reached 83 per cent, a moment when the official certificates of results were being uploaded.

But there was also a poor communicative management from the Bolivian Government when opposition in the country and abroad started to question the results. They were not able to give a clear and accurate explanation of what was going on, paving the way for the Organization of American States (OAS) and media transnationals —who have not called into doubt the Sebastian Piñera Administration for imposing a violent and bloody dictatorship in Chile— to raise doubt among the international public opinion. In fact, the poor communicative management is the culmination of 2019 and above all of an electoral campaign in which they were not able to communicate why Evo wanted to be reelected.

Candidates Mesa and Chi. There are two very important aspects to understand the results as well. It seems hard to understand how vice-president Gonzalo Sanchez de Lozada, the most timorous president in Bolivia’s history, a candidate without political structure, was able to reach 36 percent of the vote in 2019 and almost obliging a run-off which would have allowed him for sure to become president. It seems hard to understand as well how Chi Hyun Chung, an unknown evangelist priest with a homophobic and misogynistic sense of humor, was able to rank third with over half a million votes (8.78%).

The answer is simpler than what it seems. A significant part of the citizenship did not vote for Mesa but against Evo, even though as an opposition candidate he was not convincing at all. In turn, Chi gathered the core reactionary vote, doubling the percentage obtained by Oscar Ortiz, representative of the rightist Santa Cruz province, which remained fourth.

But it is worth noting that the vote obtained by central-right Mesa, rightist Ortiz, and extreme rightist Chi, add up to 49.53 percent of the total. If we add up the rest of rightist electoral options with small percentages, the total exceeds by far the majority of the vote.

We can conclude therefore that Evo Morales won elections in the first round due to demerits within the opposition, who were not able to get it together to build a candidate or a solid electoral alternative.  As a matter of fact, it would be necessary to think about the progressive loss of support beyond the core voters of Evo Morales’ Movement to Socialism, which was 51% in 2005; 64% in 2009; 61% in 2014; decreasing to 49% in 2016; and 46% in 2019.

Element Evo. It is evident that Evo Morales continues being a leader convening a broad social majority in Bolivia but the urban middle classes have lost confidence in him, in a country that paradoxically has been moving from rural to urban as this Administration eliminated poverty among almost three million people (extreme poverty went from 38.4% in 2005 to less than 15% nowadays. But millions of consumers were created without political awareness (or rather with awareness raised by the media); consumers who were about to be the executioners of the Bolivian process of changes, similar to what happened in Argentina in 2015.

2019-2025. Bolivia is going to celebrate in 2025 its 200 anniversary since the Republican independence headed by Liberator Simon Bolivar, who the country was named after. This second and definitive independence, and probably the end of a constituent cycle that began even before Evo’s victory in 2005 (perhaps in the nineties with indigenous marches defending their land, territory, and sovereignty over natural resources), appears to be the most complicated moment for a government that resumes on January 2020 with the lowest rate of of support in its 14 year history.

If citizens did not understand anything back there in 2016 (no one actually explained it to them) about the need of holding a referendum, it is now necessary to teach them the need of bringing what was started to completion. The same as the need of strengthening the process of changes and accelerating the revolution of health and justice, pending issues of the process. Moreover, only a real cultural revolution to boost political training and historic memory will be a guarantee to defend their achievements. But as people do not feed out of ideologies, it will be necessary to be careful with their economic stability and redistribution of wealth.

And amidst all of its pessimists who want to give in and build a light process for the classic middle classes, going back to bet on their core voters who would never abandon them when things get complicated should be considered.