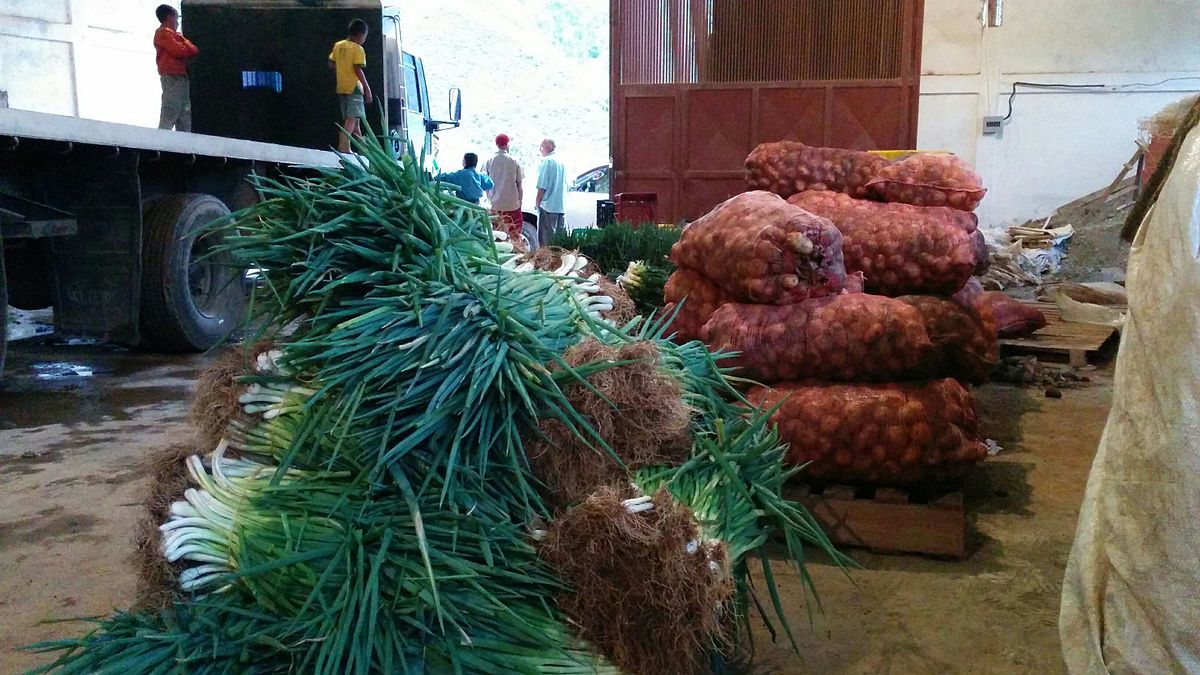 On completion of the goal of 202 days of production, distribution and consumption of food under the working methodology of the Plan Pueblo a Pueblo, we believe it is necessary to make several observations and acknowledgements to the group of people whose work has made this initiative possible. Firstly, the recently reached milestone of 200 distribution days coincided with the international award given by the American Alliance for Food Sovereignty in recognition of the efforts made in this area. A second element to emphasize and no less important is the very context under which it was reached, a situation that in itself adds greater relevance and importance, since it is an agrifood practice that not only challenges established paradigms in the field of food production, but we also add the truly adverse economic conditions of war that the country is going through and in particular the hard-working people as a whole because of the economic crisis, sanctions and the financial and commercial blockade promoted by the Trump administration, circumstances that made the Pueblo a Pueblo initiative a genuine heroic act or at the very least an action that is beyond all logic and economic rationality. However, this can only be understood through that mixture of persistence, irreverence and audacity that today continue to manifest themselves as an essential part of the character of Venezuelans, as they were present as epic actions throughout our history. They say that crises are opportunities that push people to find the conditions for overcoming those same crises, or allow them to find possible solutions to the conflicts they face in the immediate future. What we want to say is that the peoples do not commit suicide or give in to their struggles, on the contrary, they create new conditions for overcoming them, as that popular slogan that became a rebel cry from the beginning of the Bolivarian revolution says: “Only the people can save the people”.

Having said the above, it is necessary to make a qualitative and quantitative balance of the achievements to date and the perspectives of the plan, without losing sight of the fact that it is perhaps the greatest self-management experience of national scope and socio-productive integration, which continues to produce and resist in struggle, maintaining coherence with the principles promoted in the framework of the Bolivarian revolution as part of the construction of a new economy from below with popular empowerment, which according to our model should serve as the basis for the socialist project in the 21st century.

Pueblo a Pueblo is a Plan, a productive system and an economic circuit that gathers and integrates diverse organizations of popular power, social movements and experiences of the associative economy, which interact directly, without intermediaries, having production, food sovereignty and the democratization of food distribution channels as their guiding axis, together with a revolutionary and socialist praxis. In order to achieve these ends, the social organization of production through the method of double participation was fundamental, where producers and consumers gather in assemblies to define their economic priorities each week, thus configuring an exceptional experience of cooperation between the countryside and the city, resulting in transparent prices, derived from real cost structures according to the economic conditions of the week under consideration. From May 16, 2015 to the present day, consumption or distribution days have been occurring without interruption, thanks to the initiative of a group of comrades who, once they had completed their tasks in various public administration institutions, began cultivating crops in the countryside to support the people who produce, with the initial objective of ending the influence of intermediaries on vegetable distribution chains and their speculative impact. Over time, these first objectives were transformed until Pueblo a Pueblo became a broad platform of organizations and social movements based on production. The central axis of the political program is to confront this difficult situation that all our people are undergoing, a situation that forces us to join together and engage in the production process under a second slogan of struggle: “food is not a commodity, but a human right”. It is a model of cooperation where the dual participation ladder, cost structures and transparent prices, in the sense that they are known to the parties, allow everyone to receive fair remuneration for their work and contribution to the scheme as well as the food necessary to guarantee life.

This enormous effort in support of our country’s food sovereignty is consolidated from the Venezuelan Andes, having as its main epicenter of production the Carache municipality in Trujillo State, from where a network of connections with other territories extends through the Venezuelan Andes and the west of the country, thus constituting the Algimiro Gabaldón Route, named in homage to the Venezuelan guerrilla who made history in these territories, established networks of free associated producers (REPLAS) in these mountains, family and peasant farming organizations that articulate their knowledge and labour force to make the production of vegetables possible that are then sent to the distribution centers of the country’s main urban centers.

This form of organization for production also incorporates within its productive fabric the states of Merida, Portuguesa, Yaracuy, Lara and more recently Miranda, resulting in a food basket of 30 items including vegetables, tubers and fruits, which are produced on about 100 hectares of the municipality of Carache (equivalent to 1 square kilometer), where 140 producing families work, on average distributed in 500 square meters for each of the producing family, which translates into weekly feeding of about 2. 500 families who benefit from the weekly supply or consumption through 1,082 communal supply points, having accumulated to date around 300,000 deliveries or services to families in the last four years, who in turn self-manage their own consumption in conjunction with the communities where they live, achieving the goal of 2,000,000 kilograms of food produced and distributed under this production method.

These indicators have changed several well-known schemes regarding family and peasant agriculture, as well as the public opinion that there is no production in Venezuela, or that the form of family and peasant agriculture lacks the capacity to produce, and so on. Be that as it may, these numbers shatter paradigms and show the potentialities of a sector that if it had the necessary support, financing and assistance in a scheme of shared risks and proximity to the producer, could contribute far more to national development than is thought possible, and especially in this context of sanctions and economic crisis.

The control of the productive cycle from seed to consumption has been yielding important fruits, firstly the alliance with our sister organization Producores Integrales del Páramo (PROINPA) allowed the development of nuclei of seed producers of potato varieties in the Pueblo a Pueblo territories, as well as the implementation of the Potato Plan for life and not for capital which in turn revitalizes economic activity in Mucuchies and reactivates the Apartaderos Social Property Company which manages the potato storage sheds in that area of the state of Merida, and at the same time allows the reactivation of the sisal fibrovensa sack factory. Secondly, through the planning of staggered crops based on consumption, it was possible to influence consumption patterns by attacking the logistic and speculative structures of distribution and consumption and therefore of the monopolies and oligopolies that are concentrated in the food sector under simulated competition. Establishing a price band succeeded in breaking the logic of wholesale markets (Inmerca and Mercabar among others), driven by speculative prices, creating a greater relative purchasing power for consumers who are members of the communities participating in the Plan. It is not simply a Plan for the sale of food at prices below market, nor is it a delivery modality, we are then faced with a new way of relating, that of self-managed socialism, which poses the direct confrontation of the economic planning of the organized people against the capitalist productive relations.

Finally, after more than 200 days of food distribution from town to town, we face several challenges and prospects, among them the design of a financial structure that will provide long-term sustainability and expand capacities, as well as sustain increases in production in adverse conditions and the expansion and maintenance of consumption.