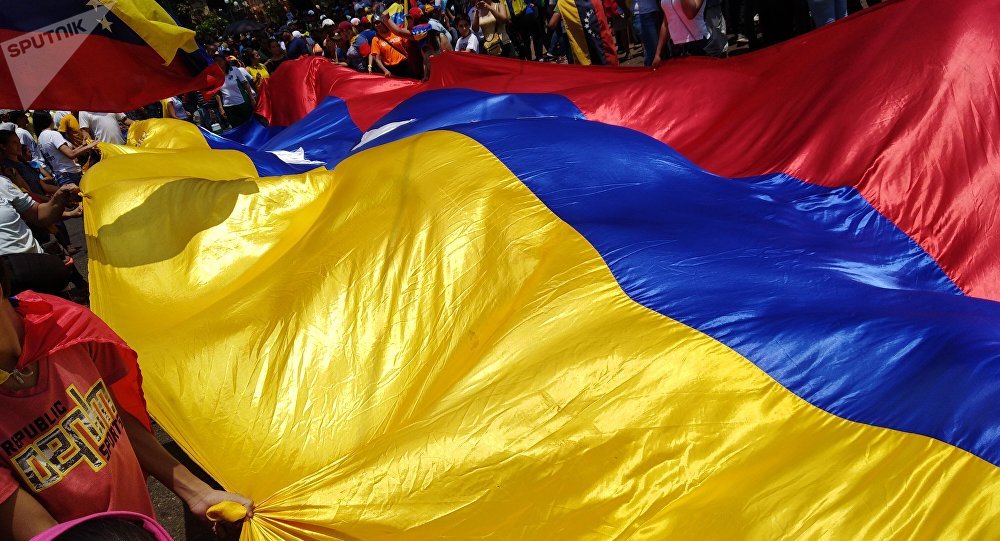 The Venezuelan ‘question’ has been transformed into an internal factor in each of the elections that will take place in October in Latin America. The strategy of the right-wing forces is to accuse progressive formations of supporting the demonised government of Nicolás Maduro. But is that strategy effective in electoral terms?

Venezuela has become an internal factor in the elections of many countries. Conservative forces have used it as an accusatory mechanism against progressive and leftist political formations in Latin America and European countries. Defending the Chavista process or the legality of Maduro’s current government has become the object of condemnation.

The formula is repeated in the current elections that will take place this October in several countries of the continent: the presidential elections in Bolivia, Uruguay and Argentina, and the regional elections in Colombia. This discourse is repeated where right-wing liberal forces are in government, such as Argentina and Colombia, as well as where they are seeking a return to political power in Bolivia and Uruguay.

“The central points of the accusatory strategy have to do with violations of human rights, the conceptualization of Nicolás Maduro’s government as a dictatorship, and the social, political, and migratory crisis that the so-called ‘regime’ would generate,” explains Gonzalo Armúa, member of the Secretariat of the organization Alba Movimientos, a platform that coordinates social and popular movements throughout the continent.

The accusatory discourse is conveyed by two central actors in all countries: mass media and right-wing political forces. In situations where conservative projects are governing, the role of presidents and foreign policy occupies a weighty place, as in the case of the presidencies of Mauricio Macri (Argentina) and Iván Duque (Colombia).

What countries have elections in October this year in Latin America?

In the Patagonian country, “the accusations pass through a series of official journalists to Macri’s government and the government itself, with a demonizing discourse of the Venezuelan process associated with catastrophe and chaos”.

The strategy consists of “equating Chavismo with Albert Fernandez and Cristina Fernandez’s formula, Macri’s government polarizes with Kirchnerism and relates it to Chavismo as if they were the same,” he explains.

If Fernandez-Fernandez’s formula wins the Oct. 27 elections, then Argentina would become the Venezuela described by such media. It is a discourse that has been going on for several years, and intensified during the time of the electoral campaign.

In the neighbouring country, with a greater impact of Venezuelan migration, “it is much more evident that the axis is part of the campaign,” says Armúa, who is also a member of Argentina’s Frente Patria Grande.

Poverty in Colombia has risen to 35.4% of the population in the first semester.
The Venezuelan factor is linked, within the government’s strategy, to the recent return to arms of a sector of the FARC and the permanence of the ELN.

Thus, they unite an anti-Chávez discourse with the migration issue as well as the support that, according to Duque’s accusations, Maduro’s government would give to the Colombian insurgent forces.

“The stigmatizing discourse of the Bolivarian revolution, which is historic, is radicalized in this campaign context because the governing force in Colombia represents Uribism, which is the most militaristic and fascist sector of the political arc,” Armúa explains. Since these are local elections, this discourse is stronger in areas closer to the border.

The operation takes other forms in Bolivia and Uruguay, where those who carry it out are part of the opposition that seeks to return to government. In the first case, where the presidential elections will take place on October 20, “the anti-Venezuela discourse is not hegemonic, it is not a central element in the campaign because of the characteristics that all its campaigns have an axis centered on the national, the internal,” Armúa analyzes.

President Evo Morales is seeking re-election against opposition candidate Carlos Mesa. However, the accusation that Morales is an ally of Venezuela is not an element of the electoral campaign because it is not effective: the government itself recognizes that alliance “and has a series of very good economic and economic variables and international reference, so it is very difficult for that rhetoric to have repercussions within and to have a mass impact.

In Uruguay, “the Venezuela axis is one of the important axes,” Armúa analyzes. There, the Broad Front (Frente Amplio, FA), the current government, is seeking to continue presiding with candidate Daniel Martínez.

“In this case the axis of discussion has a differentiated element since Uruguay is one of the promoters of the dialogues in Venezuela, there is an intermediate position where there is a takeoff of Maduro’s government as an ally, but it is not part of the Lima group’s position, and there is an attempt to build a position of dialogue and a call for peace and to distance themselves from other blocs.

Against this backdrop, the right has sought to “run the FA forces towards a more radicalized anti-Maduro stance and it appeals to the Uruguayan government to support Maduro covertly”.

The ‘Venezuela effect’ is, therefore, a mechanism adapted to each electoral scenario, a manual with national modifications, common objectives, actors and repeated accusations.

Armúa highlights a common element: in Argentina, Bolivia and Uruguay “the degree of effectiveness in electoral terms is not being expressed”. In each of the countries, the internal issue has more electoral weight, such as, for example, the economic crisis in the case of Argentina.

The Venezuelan factor as an accusatory strategy does not necessarily translate into votes, but seeks to generate a political cornering so that no political group defends the legality of the Venezuelan Government or vindicates the history and current struggle of Chavismo.

“With the exception of Evo Morales, who openly defends the Bolivarian revolution and Maduro’s government, they choose to have intermediate positions in defense of sovereignty, no U.S. intervention, and a call for peace”.

That strategy of positioning before the Venezuelan cadre was set in motion by the president of Mexico, Andrés Manuel López Obrador, “the first who disassociated himself from the discourse totally subordinated to U.S. imperialism, and who has re-established the criteria of self-determination, defense of sovereignty and non-intervention in the affairs of other countries,” Armúa analyzes.

However, the member of the Alba Movimientos secretariat highlights one further element: the composition of the progressive forces contending for the governments, where many of them, such as in Argentina and Uruguay, include social movements, trade unions, and political organizations that have maintained a position of support for Chavismo.