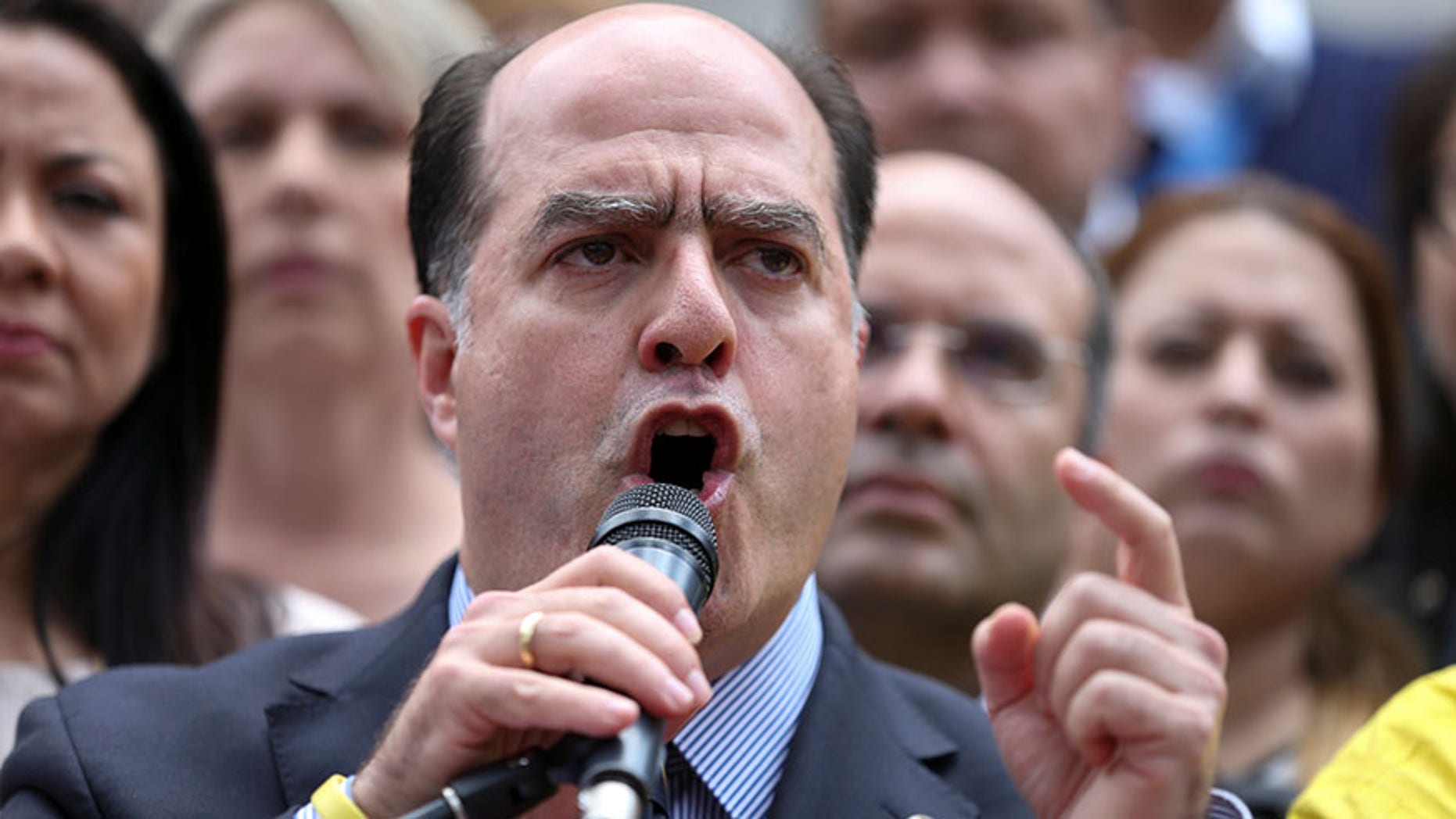 On April 6, 2017, Julio Borges, then president of the National Assembly and deputy for the far-right party Primero Justicia, made controversial statements after a meeting with the Secretary General of the Organization of American States (OAS), Luis Almagro. According to Borges, the “Venezuelan crisis,” and specifically the “social problem of migration,” should be considered a “contagious disease for the entire region”. After referring to numbers of Venezuelan migrants in Colombia, Panama, Dominican Republic, Chile, Argentina and Brazil, he described Venezuela as “the focus of all that social degradation signifies” (1).

These statements were widely reported through public media (2), and at least part of Venezuelan society reacted indignantly, describing them as ominous, denigrating and unjustified.

However, it was not the first time that Julio Borges expressed himself in such terms. On March 1 of the same year, in an interview with a Dominican newspaper, he declared that Venezuela “is a society that is completely dehumanizing itself. Last week one brother killed another for a piece of bread,” he said. Later, he added that the “Venezuelan problem” represented a “regional problem,” that is, “a kind of contagious disease that has to do with the issue of massive migrations,” among other problems, and that these threatened the ” destruction of peace and stability in the region” (3).

A few days later, on March 7, through his Twitter account, he stated: “Latin America is now another region and the government is a contagious disease that puts its democracy and progress at risk” (4).

On March 31, in a press conference from the National Assembly, he declared: “Venezuela has become a country that is a problem for the whole region and a contagious disease… Not only because of the migratory problem… Not only is it about this sad disbanding and exodus of Venezuelans, but also about problems that are linked to those who are in power in Venezuela: drug trafficking problems… terrorism… militarism… of armed paramilitary groups on Venezuelan soil. Today, peace in the region depends on democracy in Venezuela” (5).

Days after its meeting with the Secretary General of the OAS, The Washington Times published an interview in which Julio Borges insisted: “Venezuela is no longer a local problem of governability and authoritarianism, but a contagious disease that has roots and tentacles in all the problems of the region” (6).

An exhaustive review of Borges’ public interventions during the first months of 2017 would surely show that the congressman used the same discourse on other occasions. The relationship made here is sufficient in the sense that it allows us to verify this discursive regularity, the indiscriminate repetition of the same topics, and particularly the relationship it establishes between the migratory phenomenon and the metaphor of contagious disease.

Beyond the figure of Julio Borges, and without implying in any way that his political responsibility can be salvaged, what is important is the content of the discourse, the historical conditions that make it possible and the powerful effects that it pursues and produces.

There remains no doubt that Borges is deliberately repeating a learned discourse or, more precisely, a discourse that was most likely decided or forged elsewhere. The deputy is relevant to the extent that he or she is the agent conveying that narrative.

In the first place, Borges is an agent of lines of force that actively pursue the involvement of other powerful factors in the Venezuelan political situation. These lines of force have a national presence, but also extend beyond national borders, fundamentally the United States, which acts as imperial sovereign on a global scale.

The equation is more or less as follows: the involvement of other factors of power is indispensable to resolve the Venezuelan political conflict in favour of the national and transnational forces embodied by Borges, who is just a vector of a thick global plot; which in passing is an indirect recognition of the relative weakness of these forces: by themselves they have not been able to resolve the situation.

In this context, described in a very schematic way, the use of the metaphor of the contagious disease makes sense: the “Venezuelan problem” has ceased to be such, and has become a problem that threatens peace, stability, democracy and the progress of the entire region. The “sad disbanding” of Venezuelans, their growing presence in several Latin American and Caribbean countries, would be the clearest demonstration of this.

Now, the most problematic part of Borges’ discourse is that the contagious disease is not exclusively incarnated by the authoritarian or dictatorial regime, to put it in his own terms, but by the migrants themselves, agents of “social degradation”, who spread throughout the region like a kind of virus. In other words, not content with creating a “society that is completely dehumanizing”, the Venezuelan regime would be exporting degraded and dehumanized contingents.

How can contagion be contained? Precisely through the active involvement of the receiving nations, therefore victims of these agents of social degradation that are the Venezuelan migrants, together with all the effort to “create the maximum international pressure” (7) against the Venezuelan Government, of course led by the Trump Administration. Revealingly, in an interview with The Washington Times, Borges highlights the relevance of his own role: “it is very important for us to be a helping factor” in creating such pressure.

In the same interview, Borges went further, and dared to recommend measures that the Trump Administration could implement: “[They could] block political or commercial exchange with Venezuela… which would mean the complete isolation of the country, a country under quarantine”.

The recommendation was entirely consistent: in order to contain the contagious disease, a quarantine is necessary.

Almost exactly two years later, on April 1, 2019, outside the White House, a U.S. journalist asked Donald Trump if he was considering imposing a “blockade” or “quarantine” on Venezuela, given its close relationship with governments like those of China and Iran. The answer was a laconic: “Yes” (8).

And it was as if Trump responded affirmatively, at least for the first time publicly, to his agent in Venezuela, although, to tell the truth, Julio Borges has not stepped on Venezuelan soil for some time now. Of course, in the case of Borges, who since the end of August of this year exercises functions as “chancellor” of the congressman Juan Guaidó, it is possible to speak of an exile, persecuted by the Venezuelan dictatorship, and not of an agent of “social degradation”.

(2) Julio Borges says that Venezuelan emigration is a “contagious disease” for the countries of the region . Alba City, April 16, 2017.