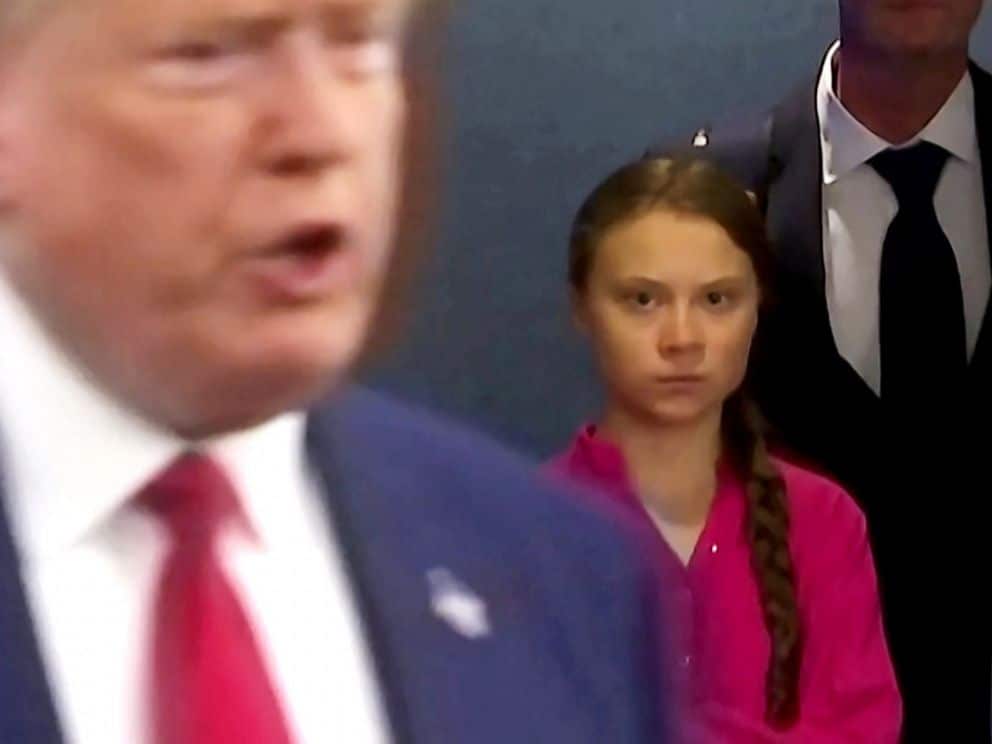 Greta Thunberg’s moving defence of the environment and her denunciation of the ravages caused by climate change, as well as her harsh criticism of the world’s political leadership, which by its ineptitude, unconsciousness or corruption has defrauded children and young people by leaving a polluted, semi-destroyed (and, for many species, unlivable) environment as an inheritance, recently acquired a truly exceptional resonance. This provoked responses and revulsion from such sinister figures as Donald Trump and Jair Bolsonaro, to mention only the most notorious, as well as from other right-wing buffoons and servants of imperialism whose job it is to replicate the barbarities of their masters and to praise them unceasingly. But the mockery and sarcasm of those hominids, far from discrediting the young Swedish girl’s judgement, only confirmed the truth and justice of the cause that Greta so ardently defends.

Of course, their proposals would be much more solid if they took into account what Chico Mendes – the Brazilian rubber tapper, environmentalist and trade unionist assassinated in 1988 by those who today set fire to the Amazon – once said when he said that “ecology without social struggle is only gardening”. In other words, defending the environment and denouncing climate change and its ravages requires attacking the causes of the ongoing ecological holocaust. The origin of this tragedy cannot be attributed to “men” or to “humankind” and its wickedness or unconsciousness, but is to be found in the very essence of capitalism, a regime of production that incessantly and inexorably treats women, men and nature as mere commodities only worthy of being preserved and cared for as long as they are sources of profit. Therefore, it would be very important for the young people who gather behind Greta’s leadership to know that their struggle will be doomed to failure to the extent that they limit themselves to combating the predatory effects of capitalism on the environment (and on society) rather than launching themselves, with the same ardour, against the origin or causes of the environmental disaster which is none other than capitalism. As long as this subsists, as long as the dynamics of accumulation continue its race towards the abyss and barbarism, ecological deterioration will continue its march until its final catastrophic end. That is why we must put an end to capitalism before it destroys nature and humanity. May Greta and the millions of young people who follow her around the world understand this message.