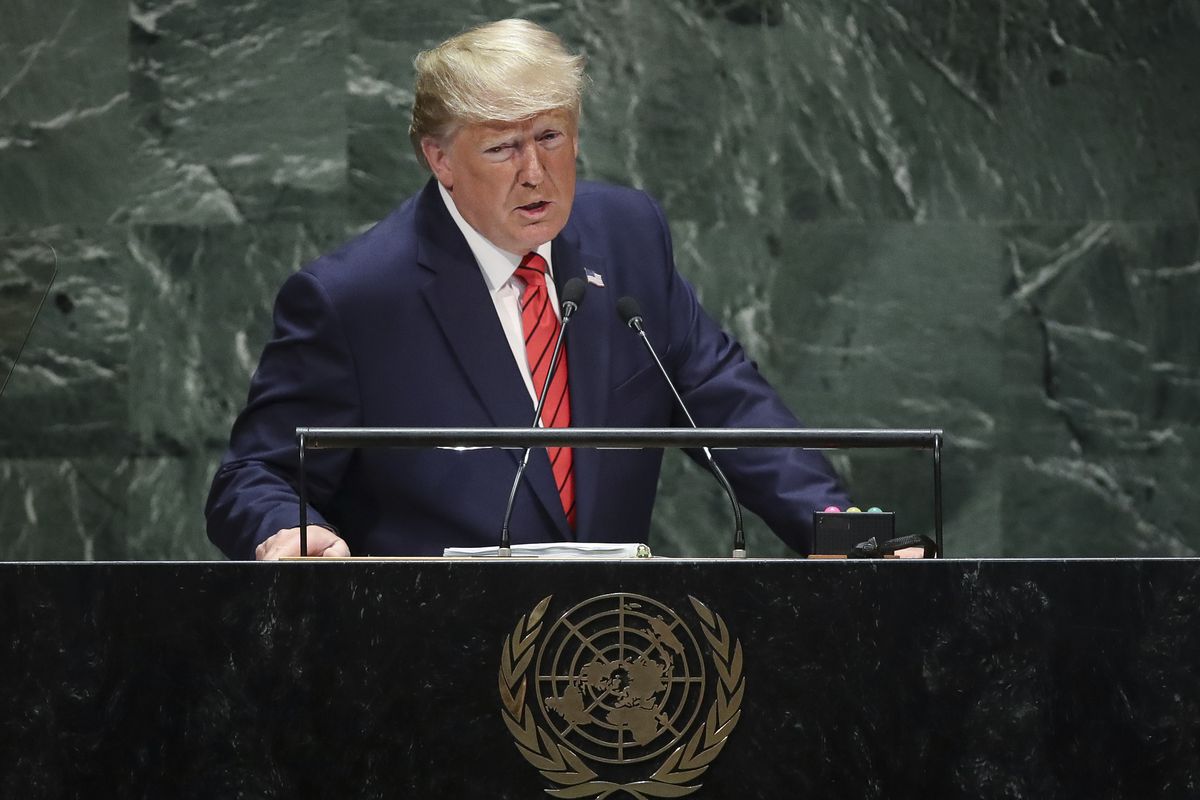 Since taking office in 2017, US President Donald Trump has used his annual speech at the UN General Assembly to denounce socialism, promote nationalism and xenophobia, and bully and threaten the whole world.

With his third address to the UN General Assembly, Trump escalated his fascistic rhetoric. He openly echoed the tropes of the neo-Nazi right, declaring that “globalists” want to “replace” national identity, while falsely declaring that “socialism and communism” had resulted in the deaths of 100 million people—more than the number killed by Nazi Germany.

At the same time, Trump bullied, cajoled, and threatened virtually every country represented in the UN, vowing to escalate his trade war with China and intensify US economic blockades against Iran and Venezuela, while demanding that America’s “allies” contribute more toward military protection.

Trump made his fascistic appeal just hours before Democratic House Speaker Nancy Pelosi announced a formal impeachment inquiry against the president over his demands that Ukraine investigate corruption involving Democratic frontrunner Joe Biden and his son. Behind the impeachment drive lie seething factional differences over US foreign policy.

Amid the deepening domestic political crisis, Trump is escalating his appeal to his fascistic base, including substantial sections of the “total army” in the military and police forces.

To that end, Trump began his speech boasting of the vast resources transferred by his administration to the military. “The United States,” Trump blustered, “after having spent over 2 and a half trillion dollars since my election to completely rebuild our great military” is “by far the world’s most powerful nation.”

Over the subsequent hour, Trump menaced friend and foe alike with the world’s largest nuclear arsenal, threatening to turn Iran, for instance, into a “cautionary tale.”

But the centerpiece of the speech was an overtly fascist tract bearing, as the Guardian correctly wrote, “the hallmarks of his most long-serving hardline White House adviser and speechwriter, Stephen Miller.”

“The free world must embrace its national foundations. It must not attempt to erase them or replace them,” Trump declared, echoing a trope of the neo-Nazi right.

The phrase “replacement” gained widespread notoriety in 2017, when a mob of fascists chanted “You will not replace us” and “Jews will not replace us” as they marched through the streets of Charlottesville, Virginia. After self-identified white supremacist James Alex Fields Jr. murdered an anti-fascist protestor the next day, Trump declared that there were “very fine people on both sides.”

The expression “You will not replace us” reflects, according to the Anti-Defamation League, “the white supremacist world view that … the white race is doomed to extinction by an alleged ‘rising tide of color’ purportedly controlled and manipulated by Jews.”

Brenton Tarrant, the Australia-born man facing trial over a shooting at a mosque in Christchurch, New Zealand, on March 15, 2019, that killed 51, named his manifesto “The Great Replacement.” In it, Tarrant argued the fascist conspiracy theory that non-white people were seeking to “replace” Europeans, which his act of mass murder was designed to combat.