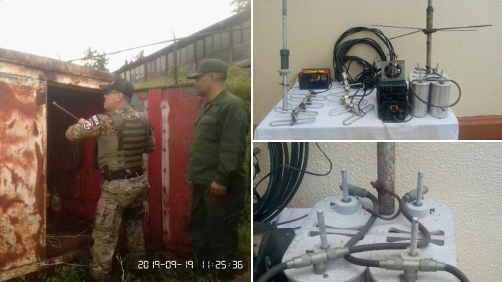 On Saturday, September 21, Táchira state protector Freddy Bernal reported about the dismantling of a Los Rastrojos telecommunications base in the Loma del Viento sector in San Cristóbal.

The information was released through his Twitter account @FreddyBernal, where he explained that 15 signal transmission equipment were found pointing to Colombia.

“The Bolivarian National Armed Forces (FANB) in the framework of the operation Venezuela Sovereignty and Peace, and following important clues, found this facility located in an improvised booth, with equipment covering the band from 160 MHz to 180 MHz,” Bernal explained.

He also announced that the seized equipment is under the chain of custody of the Integral Defense Operational Zone, ZODI – Táchira

“We continue to fulfill our commitment to the people of Táchira and Venezuela: neutralize paramilitary groups that generate violence in complicity with antipatriotic agents,” said the Protector of Táchira.