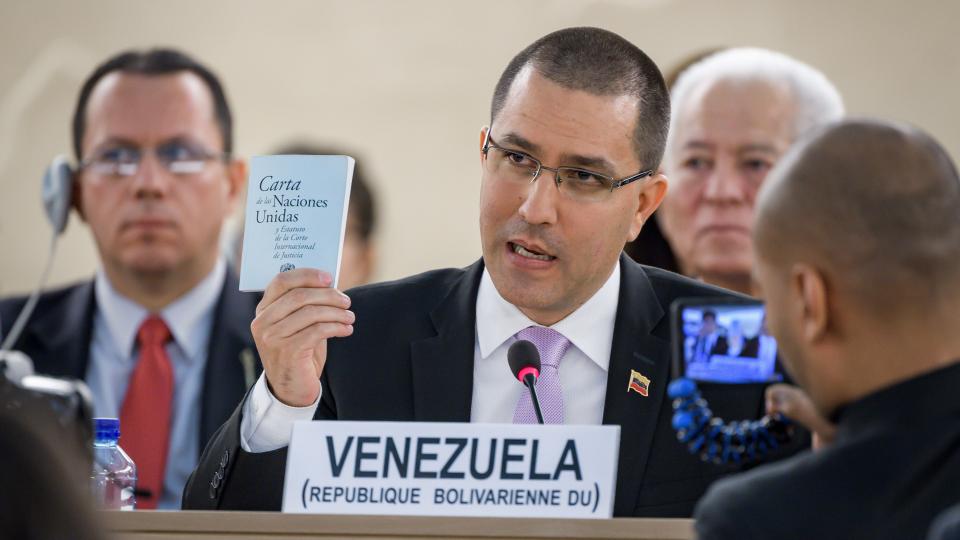 The United States and eleven Latin American countries spoke out in favour of a possible military intervention against the Venezuelan government. They did so through the activation in an assembly of the Organization of American States (OAS) of the Inter-American Treaty of Reciprocal Assistance (TIAR), a 1947 agreement that commits to mutual defense among American nations, that is, the possibility of establishing an armed coalition.

“This decision acknowledges the fact that the depth of the Venezuelan crisis obliges us to appeal to all mechanisms,” said the chief of staff of Luis Almagro, secretary general of the OAS, who has defended the possibility of military intervention in Venezuela for the past year.

Mexico, one of the countries that opposed it, published a communiqué in which it affirmed that it “categorically rejects the invocation of the TIAR to intervene in the internal affairs of states because it considers it unacceptable to use a mechanism that contemplates the use of military force”. It also noted that this step “brings us dangerously close to a point of no return”.

The Venezuelan government condemned those within the Organization of American States (OAS) who took the step to activate TIAR, including the governments of Argentina, Colombia and Brazil. In a communiqué, the Foreign Ministry stated that: “It is necessary to remember that TIAR was imposed on our region by the United States in the framework of the Cold War, and its purpose was to legitimize military interventions in Latin America for ideological reasons. This was the case in Guatemala in 1954, in Cuba in 1961, in the Dominican Republic in 1965, in Granada in 1983 and in Panama in 1989”.

“The threat of the use of TIAR, of the use of implicit force in the TIAR convocation, is completely absurd, it contradicts all the principles of coexistence and peaceful solution of controversy and self-determination of the peoples,” said Celso Amorín, former foreign minister of Brazil.

Part of the agreement reached between the twelve countries is to convene during the United Nations General Assembly, which will take place at the end of September, to decide what measures to take. They also agreed to report the decision to the United Nations Security Council.

The activation of this mechanism had been requested for several months by sectors of the Venezuelan opposition that maintain that the only way to obtain political power is through a foreign military intervention, an invasion of a mercenary army from outside, or an internal coup by a sector of the Bolivarian National Armed Force (FANB). These include, for example, María Corina Machado, Antonio Ledezma, and the fan of the right gathered in Miami.

Juan Guaidó, for his part, had attempted to maintain a position of balance between the parties, proposing that all options were open, from dialogue to TIAR, as long as he achieved his objectives, condensed in the formula: cessation of usurpation, transitional government, free elections.

Guaidó’s problem was that he never decided on what steps to take: the leadership always came from the United States, and, to a lesser extent, from his Popular Will party, which he was not a leader of when he proclaimed himself president.

And the directions given from the United States are marked by questions following the dismissal of John Bolton as security advisor. His exit took place in a framework of disagreements with Donald Trump on several conflicts, such as North Korea, Iran, Afghanistan, and in particular Venezuela, where the president stated that Bolton had “crossed the line”.

Bolton’s dismissal came at a time of greater tension between Venezuela and Colombia, in a scenario where Nicolas Maduro said that the government of Ivan Duque seeks to activate “a false positive to create an armed conflict” between the two countries. Bolton, as he expressed in different open geopolitical disputes, was in favour of a forceful solution in the case of Venezuela, and was in charge of publicly attacking the dialogues in Barbados mediated by Norway.

The escalation of tension between the two countries was denounced by Maduro as a principal route used by the United States and the Colombian and Venezuelan right to achieve the military shock scenario. Was that the line Bolton crossed? Trump did not specify and did not respond to the possibility of meeting with the Venezuelan president.

The policy against Venezuela will continue to be carried out by men like Elliot Abrams, Mike Pompeo, along with the new acting security advisor, Charles Kupperman, advisor to former President Ronald Regan between 1981 and 1989 and second in command within Bolton’s administration.

Meanwhile, the head of foreign policy of the European Union, Federica Mogherini, spoke in the framework of her tour of Cuba, Mexico and Colombia, in favour of the resumption of dialogue between the two countries. Her statements were given while TIAR was being activated, with a photograph of the two lines of force: one that insists on an overthrow by military action, and one that is committed to dialogue with agreement.

The UN General Assembly will be the next arena where the siege diplomacy against Venezuela will play its cards. Both in the sphere of TIAR, and the positions of Duque and Maduro, who will confront each other: the first for affirming that Venezuela protects the Colombian guerrillas, the second for pointing out that Colombia seeks to fabricate a war of which there are already underground actions and for which it has mobilized the FANB in border exercises.