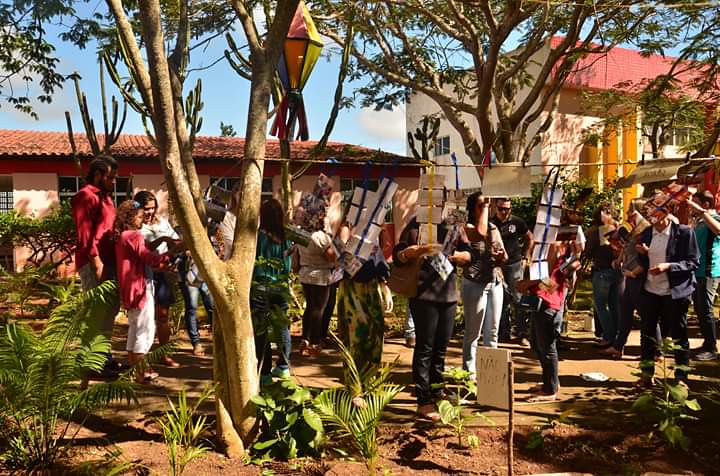 On September 5, the Movement of Landless Rural Workers (MST) was surprised to receive an order to vacate the Paulo Freire Training Center, located in the Normandy settlement of Caruaru (Pernambuco).

The reintegration was requested by the National Institute of Colonization and Agrarian Reform (INCRA) and ordered by the 24th Federal Court, in the municipality of Agreste Pernambucano, by federal judge Thiago Antunes.

The training centre belongs to the Normandy settlement, created in 1998. At that time, INCRA suggested that the MST use the headquarters house, where the center operates, for collective training of peasants in the northeast region. The donation was made to the settlers in 1999.

Since then, the Normandy settlement “became a reference in the field of production, agro-industry and marketing, and the Paulo Freire center as “a center of studies for technical training in agro-ecology and in political and academic training,” said Jaime Amorim, national leader of the MST. More than 100 thousand people have passed through the Paulo Freire Training Center of the MST having taken practical and theoretical courses, welcoming students and teachers from all over Brazil.

“We understand this eviction decision as a new attack on the MST, especially on the political formation of the movement,” Cássia Bechara of the MST told RMR, which coordinates the sending of letters of support at the international level to Judge Antunes, INCRA regional superintendent Marcos Campos and Paulo Câmara, governor of the state of Pernambuco.

“Defeating the MST is a matter of priority for the fascists who are housed in the national government. They are full of hatred, of resentment, against all those who try to organize the people, or who identify with the left, whom they consider their enemies,” said Jaime Amorin, national leader of the Movement of Landless Rural Workers (MST) and member of the Coordination of La Via Campesina for South America.

While the MST is organizing several actions to resist the eviction of the Paulo Freire Training Center, several parliamentary commissions have already requested meetings with the INCRA superintendent and the judge; and next week members of the Human Rights Commission of the national Congress will arrive in Pernambuco to try to reverse the eviction process, reported Amorim.

On Saturday, September 14, a camp of permanent resistance will be set up in defense of the Paulo Freire training center.