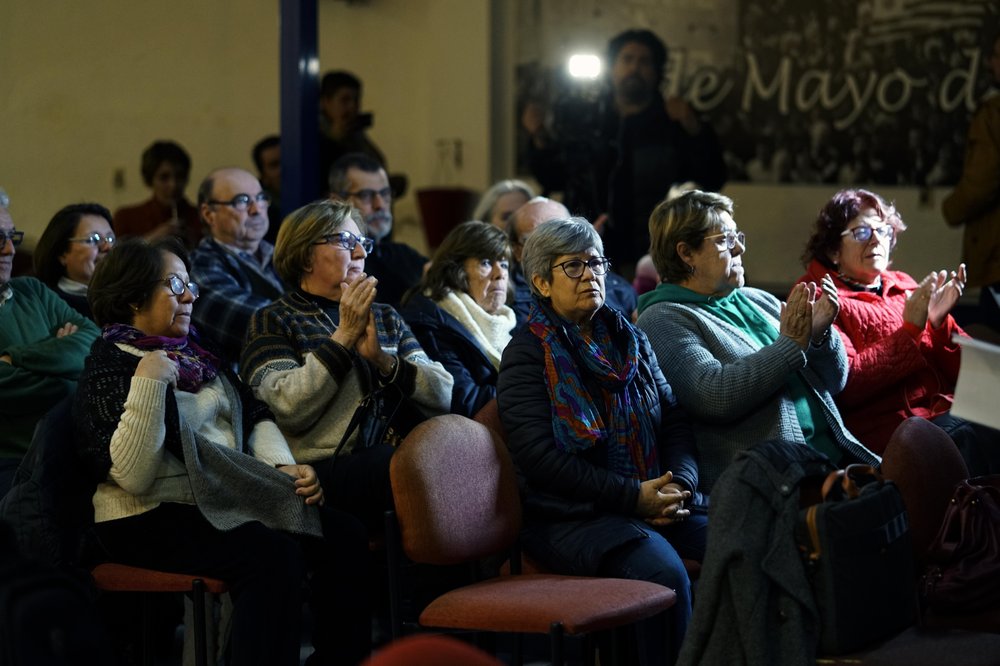 A group of “Mothers and relatives of disappeared detainees,” “Observatorio Luz Ibarburu” and of other Uruguayan human rights organizations participate in a video conference with members in Rome regarding the “Operation Condor” trail, in Montevideo, Uruguay, Monday, July 8, 2019. Uruguay’s government says a court in Italy has sentenced 24 people to life in prison for their involvement in human rights crimes committed during the “Operation Condor” offensive by South American governments to hunt down dissidents within the region and beyond. (AP Photo/Matilde Campodonico)

Five of the 24 men sentenced last week by an Italian court to life in prison for their roles in a brutal and bloody U.S.-backed Cold War campaign against South American dissidents graduated from a notorious US Army school once known for teaching torture, assassination, and democracy suppression.

On July 8 judges in Rome’s Court of Appeals sentenced the former Bolivian, Chilean, Peruvian and Uruguayan government and military officials after they were found guilty of kidnapping and murdering 23 Italian nationals in the 1970s and 1980s during Operation Condor, a coordinated effort by right-wing military dictatorships in Chile, Argentina, Uruguay, Bolivia, Paraguay, Brazil—and, later, Peru and Ecuador—against perceived leftist threats. The campaign, which was characterized by kidnappings, torture, disappearances and murder, claimed an estimated 60,000 lives, according to human rights groups. Victims included leftists and other dissidents, clergy, intellectuals, academics, students, peasant and trade union leaders, and indigenous peoples.

The United States government—including military and intelligence agencies—supported Operation Condor with military aid, planning, and technical support as well as surveillance and torture training during the Johnson, Nixon, Ford, Carter and Reagan administrations. Much of this support, which the U.S. attempted to justify within the context of the global Cold War struggle against communism, was based at U.S. military installations in Panama. It was there that the US Army opened the School of the Americas in 1946, which would graduate 11 Latin American heads of state over the following decades. None of them became their country’s leader by democratic means, leading critics to dub the SOA “School of Assassins” and “School of Coups” because it produced so many of both.

Some of the worst massacres and other atrocities perpetrated by U.S.-backed forces during the civil wars in El Salvador and Guatemala during the 1980s, including the slaughter of 900 villagers—mostly women and children—at El Mozote, the assassination of Salvadoran archbishop Óscar Romero and the rape and murder of four U.S. churchwomen who worked with him, were planned, committed or covered up by SOA graduates. So were a series of chainsaw massacres in Colombia, the murder of four Dutch journalists in El Salvador, the assassination of a former Chilean official and his U.S. aide in a 1976 car bombing in Washington, D.C. and many other atrocities. 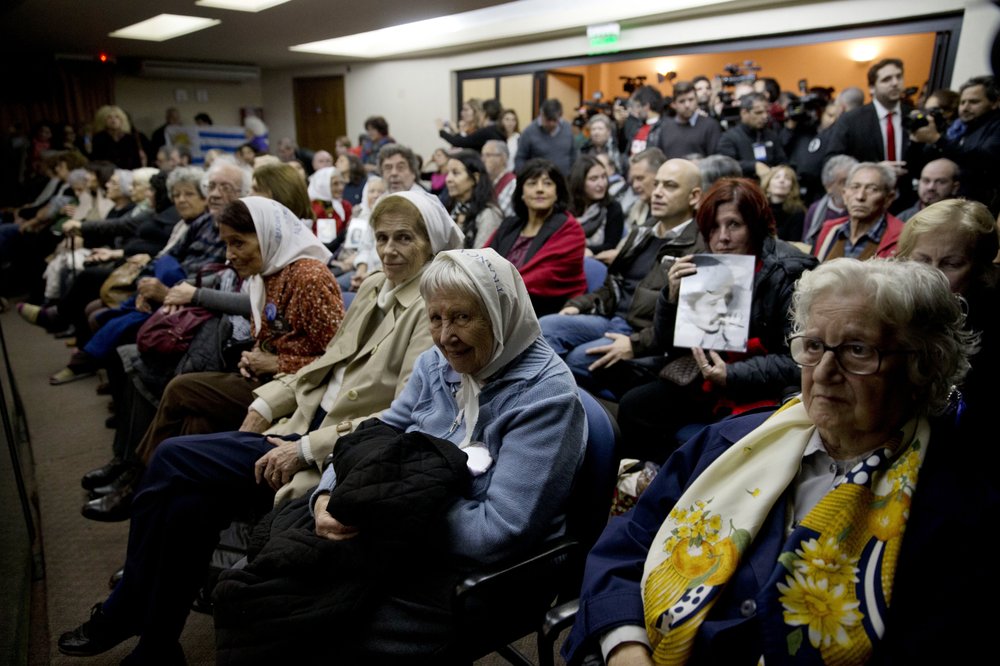 It can now be revealed that several men sentenced to life in prison in Rome last week are also SOA graduates. According to a database of over 60,000 SOA alumni compiled from U.S. military records by School of the Americas Watch (SOAW), a Georgia-based activist group founded by Father Roy Bourgeois in 1990, five SOA trainees are among the 24 men found guilty by the Italian court. Two of them are named among SOAW’s “most notorious SOA graduates”: former Bolivian interior minister Luis Arce Gómez, who is currently serving a 30-year prison term for genocide, assassination and drug trafficking, and Luis Alfredo Maurente, a Uruguayan captain implicated in the torture and disappearance of nearly 100 people in Uruguay and Argentina. Arce Gomez completed communications, tactical officer and radio repair courses at SOA in 1958; Maurente attended SOA in 1969 and 1976, studying military intelligence. The three other SOA graduates uncovered among the 24 defendants are: Hernán Ramírez Ramírez (Chile; command course, 1970), Ernesto Avelino Ramas Pereira (Uruguay; motor officer course, 1962) and Pedro Antonio Mato Narbondo (Uruguay; unspecified, 1970).

SOA operated in Panama from 1946 until 1984, when it was relocated to Fort Benning, Georgia. In a bid to rebrand itself amid growing public outcry over graduate atrocities, SOA changed its named to the Western Hemisphere Institute for Security Cooperation (WHINSEC) in 2000, with a greater emphasis on human rights. However, the school’s alumni continue to make dubious headlines to this day, with four of the six generals behind the 2009 Honduran coup and former Mexican commandos now employed as mercenaries for international drug cartels among its more notorious recent alumni.

It is unclear whether many of the defendants in the Rome case will face justice, as all but one of the 24 were tried in absentia under the legal concept of universal jurisdiction. Uruguay, which does not allow for life sentences, has previously jailed people convicted of similar crimes. A January 2017 ruling by an Italian court had sentenced eight of the defendants, including the late former Bolivian dictator Luis García Meza, former Peruvian president Francisco Morales Bermúdez, and former Uruguayan foreign minister Juan Carlos Blanco— who is now under house arrest in Montevideo—to life behind bars, while acquitting 19 others due to statutes of limitations. Those acquittals were reversed by Monday’s appellate decision.