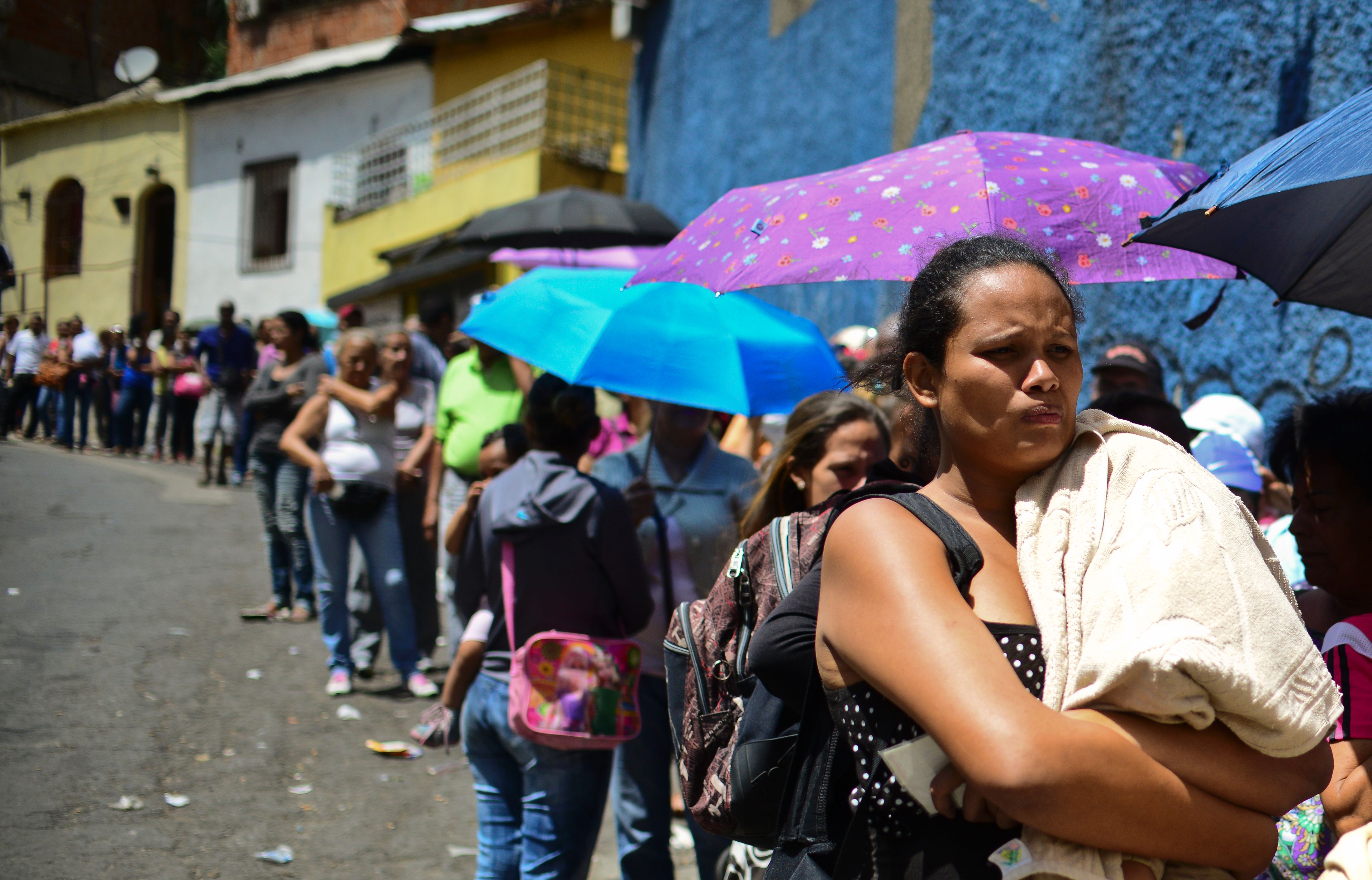 Caracas has four seasons: spring, summer, autumn, Caribbean. They all fit in a day and night. They overlap, they mark rhythms, moments, especially for the motorcycles that flee from the downpours that are now daily: in just ten minutes it seems as if the sky has emptied. This is the daily life in a city that almost completely encapsulates national politics. What happens outside the capital is news when it comes to strategic territories in the geography of war.

One of those territories is the border with Colombia. Nicolás Maduro announced the reopening of the international crossing between the state of Táchira and the city of Cúcuta, a point that was headline news on February 22 and 23, when the bridges were transformed into cinematic scenarios of an attempt to enter Venezuelan territory by force. The reopening took place in the normality of an area that combines the effects of smuggling, Colombian paramilitarism, and the economic and media siege of the country.

The news of Juan Guaidó, meanwhile, has been, like him, in decline. The self-proclaimed president has passed in just over four months from a rise catapulted by the support of Donald Trump to his current efforts to maintain his agenda. His tendency to lose strength is the result of his inability to deliver on his promises, which were the product of the initial miscalculation that led him to announce the imminent fall of Maduro’s government.

What kind of outcome did Trump have in mind when he blessed him with a tweet? Like the case of the conflict that opened against Mexico on May 30 and had a resolution last Friday night: a threat of asymmetric power, the cornering of the adversary, a forced negotiation with shots fired via Twitter, a resolution to display an international trophy for the domestic policy that is already taking the form of a presidential campaign. Venezuela should also have been a quick victory.

This did not happen for several reasons: the diversification of markets to find ways out of the economic blockade – centrally with China and Russia -, the government’s capacity to face such scenarios resulting from experiences in 2017 and 2014, the inability of the coup plan to rupture the Bolivarian National Armed Force, and a policy of periodic street mobilization as a way, among other things, to contribute to the balance of Chavismo’s internal forces.

In addition to these elements, U.S. Secretary of State Mike Pompeo recognized the divisions and personal ambitions of the Venezuelan right wing. “Keeping the Venezuelan opposition united has been devilishly difficult for us,” he said in a recent recording, adding that 40 opposition figures have presidential ambitions. This division of the opposition is public: one sector maintains that only a military action can lead to the fall of Maduro and they do not recognize Chavismo as a political actor, another affirms that the exit can include dialogues on the condition that the roadmap begins with the departure of the current president, and another maintains caution in its declarations in view of the lack of clarity in the current scenario.

Elliot Abrams, the U.S. special envoy for the case, stated in an article that a resolution must pass, in part, through the departure of Nicolás Maduro, and the recognition of the National Assembly (AN) by Chavismo, in other words, that the deputies re-enter the precinct.

Three interpretations emerge from this. Firstly, that Abrams’ public message is sustained around the inalienable objective of the president’s departure, while at the same time recognizing Chavismo, mainly the United Socialist Party of Venezuela, as a political actor in its future scenario. Secondly, that one of the central points of the debate/dialogue attempt revolves around the legislature, which includes both the NA and the National Constituent Assembly, and a possible electoral resolution. Thirdly, his statements seek to divide Chavismo, to generate misleading information: private and public operations seeking fault lines.

Maduro has referred to the NA on several occasions, and has stated in each of them that Chavismo must prepare for an early electoral campaign. As for the ANC, it has ratified the decision taken by the constituents to extend its operation until the end of 2020. With regard to the economic issue, the government is demanding an end to the US blockade, while the US security advisor, John Bolton, announced that it will intensify, particularly in the oil sector.

Those are the last public statements of each party. It is not yet known whether there will be a next round of rapprochement in Oslo, the city where the first steps have been taken. In a statement in which he expressed his support for a peaceful resolution, the president of Russia confirmed that his government is not creating a military base in Venezuela or carrying troops.

“So let’s choose the president of the United States, wherever he is, or let’s choose the British prime minister, or the president of France, for that matter? I would like to ask those who support this, have you gone mad? Do you understand what this could lead to?” the president said in reference to Guaidó’s self-proclamation and what is at stake. His statements were made during the meeting with the President of the People’s Republic of China, Xi Jinping, and the St. Petersburg forum, where cooperation agreements were signed between Venezuela and Russia.