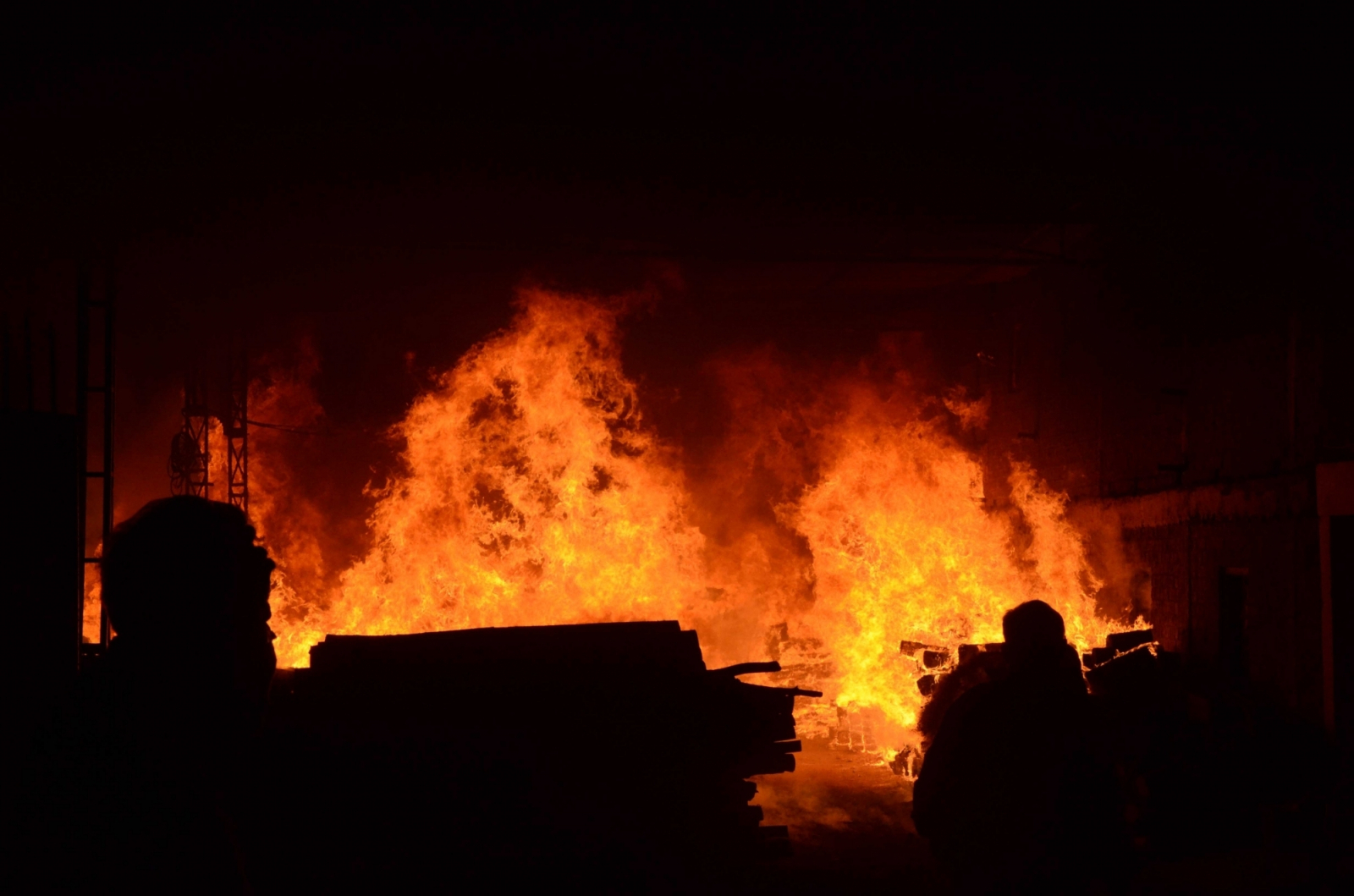 Viewing  international media coverage of the current Honduran crisis shows that Americans have a limited perspective on something that is far more significant, perhaps because that something has always seemed light years away. Since 1980, Honduras rarely made headlines in mainstream media; in 1988 when people’s indignation led to the burning of the American embassy in Tegucigalpa, the coup d’état of June 28, 2009, and to a lesser extent with electoral fraud in 2017, and now, curiously, with flames haunting the US Embassy once again. Some coverage was given to the Nicaraguan Contras, but never at the level of the aforementioned.

Now, media repeat over and over again that this is a trade union issue, and they limit events to a conflict without a solution due to the stubbornness of two sectors: the government that insists on not abrogating certain decrees; and doctors and teachers who do not believe in dialogue with the government. Of course, when you see mobilizations like Thursday’s in Tegucigalpa, or what happened on Friday, particularly in the U.S. embassy, the lack of perspective can lead you to believe that what is happening here is a “small tribal mess” exacerbated by the lack of will on the part of the parties to be “civilized”.

The cases of drug trafficking against the head of state, published in the largest media in the United States, stand out more than the nature of the country’s internal contradictions. Well then, we will begin by saying that the movement that supports teachers and doctors is much broader, and its geographical extension is national. Only Tegucigalpa is seen, and badly so, because they hide the takeovers and other popular actions during the night, which are, without a doubt, the most repressed, with bestial luxury by the police and military forces.

Understandably, in a country where 7 out of 10 people live in poverty, and the real unemployment rate exceeds 50%, the teaching and medical sectors are in the minority. The massive popular participation comes from the barefoot, the invisible, the ones who no longer have anything to lose, except hunger. That immense mass that aspires to live with a modicum of dignity and certainty.

Today, Sunday, June 2, the army and paramilitary groups terrorize the community of Guadalupe Carney, in the Caribbean department of Colon, center of a historical conflict over land, in which three landowners have ravaged, with armies of mercenaries, the lands that serve above all to plant African palm.

In Santa Barbara and Cortes, in the northwest of the country, the struggle for land and other rights has been activated, and has also been the object of military-police repression, persecution, night hunting style, as well as death squads. This is just the last 72 hours. The same has happened in the department of Choluteca in the south of the country, as well as in Danlí, both bordering Nicaragua. This is the Colombia of Uribe, Santos and Duque.

At the road junctions near Comayagua, in the center of the country, where the Palmerola base is located, a teacher was shot by the police, who lost one of his kidneys, and had a lung pierced and liver damaged. In La Paz, Olancho, Copan and Yoro, central departments, there have also been incidents, many of which resulted in clashes. The experience of electoral fraud has exhausted society’s patience, and its confidence in clean elections is non-existent today. The tension is rising more and more, and the only solution is the one that Juan Orlando Hernandez cannot give: his resignation.

The country is facing a confrontation that reaches the same National Congress, where the Government Party mocks every sign of good will of those who oppose them. This led to a confrontation with blows inside the chamber the previous week, in which several financial contracts were approved without even having a quorum (majority of deputies plus one), which appear harmful to the country. If anything really resembles a piñata is that national congress.

Therefore, it is a mistake to see what is happening here as a trade union issue, because the underlying problem is the dictatorship imposed with the coup d’état of June 28, 2009. And the immense majority of those who demonstrate do so in the hope that their contribution will make it possible to put an end to that dictatorship once and for all. The very foundations of the teachers’ union have restrained their leaders when they have been tempted to negotiate with the regime.

Finally, and perhaps most importantly, it is the participation of youth at the national level, which carries the greatest burden of repression, and which generates optimism. It is the youth, from diverse backgrounds, who have demonstrated that the regime only understands the language of force, that it is voracious and unscrupulous, and that one cannot dialogue with it in good faith.

What we see here today is the result of multiple contradictions that have been growing since 2009. It is the direct effect of the application of neoliberalism in an extremely impoverished country; the result of the looting necessary for privatization that has led to the emergence of a new caste of opulent thieves and bandits. There is no coincidence that the bankers who benefited from the 2009 coup d’état are the same ones who now promote the precariousness of healthcare and education.

And so, for those who live outside of Honduras, including those who only “inform themselves” through the rogue media, the struggle here is not to avoid privatization. The homeland, the future, is at stake; it is the clearest expression of a class struggle, although that strikes fear into even the most self proclaimed revolutionaries.