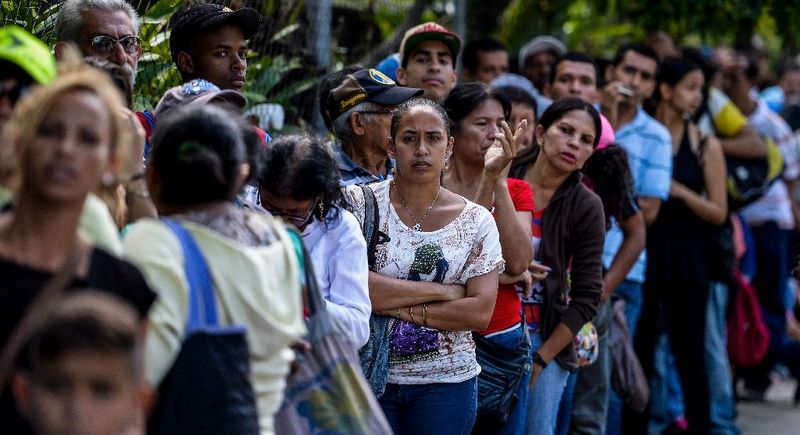 On this occasion, in the “Memoria Libre” section our friend Jácinto Dávila seeks to consult the public on the subject of services, and invites you to participate:

This is a proposal for a legislative or constituent exercise that regulates the provision of public services of any kind and protects the welfare of users.

We say services to refer to any human activity that serves or satisfies needs. It is a broad definition that covers the usual public services: electricity, water, energy and information, but includes any variant and new systems of processes by means of which users are attended and solve their needs.

The Bolivarian Republic of Venezuela is suffering a crisis of a complex nature, but one that particularly affects its public services. The crisis is evident to anyone who looks at the proliferation and recurrence of queues to meet everyday needs. But it is not a superficial phenomenon or occasional alterations, but reveals a much deeper economic, social and political problem. The Nation-State, itself the compendium of all the services offered to the people by the same people, has been set against itself. The mistreatment and neglect in these services is a fundamental effect of the war between the Bolivarian Revolution and the forces of the Right that seek to overthrow it with foreign support.

The very process of delegitimization of the Government of Nicolás Maduro has had its origin in the narrative of public university institutions that, protected by the political autonomy granted to them by the constitution, have assumed supraconstitutional behaviours disregarding the constituent process and, exceeding their powers of law, have declared the National Constituent Assembly and all the electoral processes that have been called since its establishment, based only on diffuse allegations of fraud. This narrative has ended up serving as the basis for all the interventionist rhetoric of the Government of the United States, which seeks to displace the Maduro Government by force.

That public service responds to a foreign interest reveals a monumental flaw in our national legal system. This failure could, in this case, lead to an open military conflict and the imposition of a colonial regime.

Here we are concerned, however, with the effects that this failure generates in the daily functioning of the services, with the suffering magnified by the recurrent mistreatment in the midst of the crisis. We have asked ourselves what kind of legal doctrine could prevent the service providers themselves, public and private, from bowing to the destructive and chaotic interest that pursues its own political objectives without paying any attention to the damage it causes to the population.

Will it be possible to call for a set of common-sense principles that would make the People an ally of themselves in the midst of the crisis, instead of continuing to act as an instrument of their own torture? Our inquiries have convinced us that it is possible, even before resolving the root causes of the difficulties and creating conditions for the people’s power to intervene effectively in their solution.

For example, can we better organize ourselves to face the crisis? Will there be guidelines for the best “self-organization” of the queues that citizens must suffer daily? Will there be principles that empower people’s power to begin to solve problems rather than magnify them with chaos and despair?

Here we point to the legal doctrine needed to promote and support practical solutions. There are already important precedents, such as the Infogovernment law, enacted in 2015, which prescribes electronic procedures at all levels of the national public administration. A law that does not yet have a regulation to make it effective, another example of how the complexity of the State serves to annul and immobilize it.

Fortunately, some of the principles to which we refer can be enunciated with relative ease:

Article 2: Queues must be understood as a major and exceptional causal effect. Services with recurrent queues over days or weeks should be suspended and subject to reorganization.

Article 3: All services must provide for contingency plans in the event of queues. Providers must provide timely, accurate, and regular information to users about the causes, progress, and time they expect users to suffer.

Article 4: Sovereignty has a practical expression in services. All services must anticipate failure recovery processes and commit to reasonable waiting times, as well as to the maintenance and restoration of their processes with minimal foreign dependence.

Article 5: Transparency is the essential principle of the functioning of a public service. Users have the right to expeditious, open, well documented and well presented services to the public by all possible means. Tariff changes in public services are prohibited without public consultation and adequate prior notice.

Article 6: Service superintendencies shall be formed in each commune (or, failing that, city) of the country with the participation of all neighbours in the electoral register and with superintendents and spokespersons of services elected by popular consultation. These superintendents of people’s power shall have the authority to suspend services while substantiated complaints are processed and investigations are conducted.

Here is a succinct sample of a series of principles or guidelines for action that could transform the ways in which services are provided throughout the country, empowering users and assigning appropriate responsibilities for the service system to self-regulate and sustain, even in the midst of this or other crises. A new legal doctrine of service, such as that suggested, may well mean the emergence of collective mechanisms and strategies for the people to save the people.

If you would like to comment for or against this proposal, please use this space on TatuyTV freely.