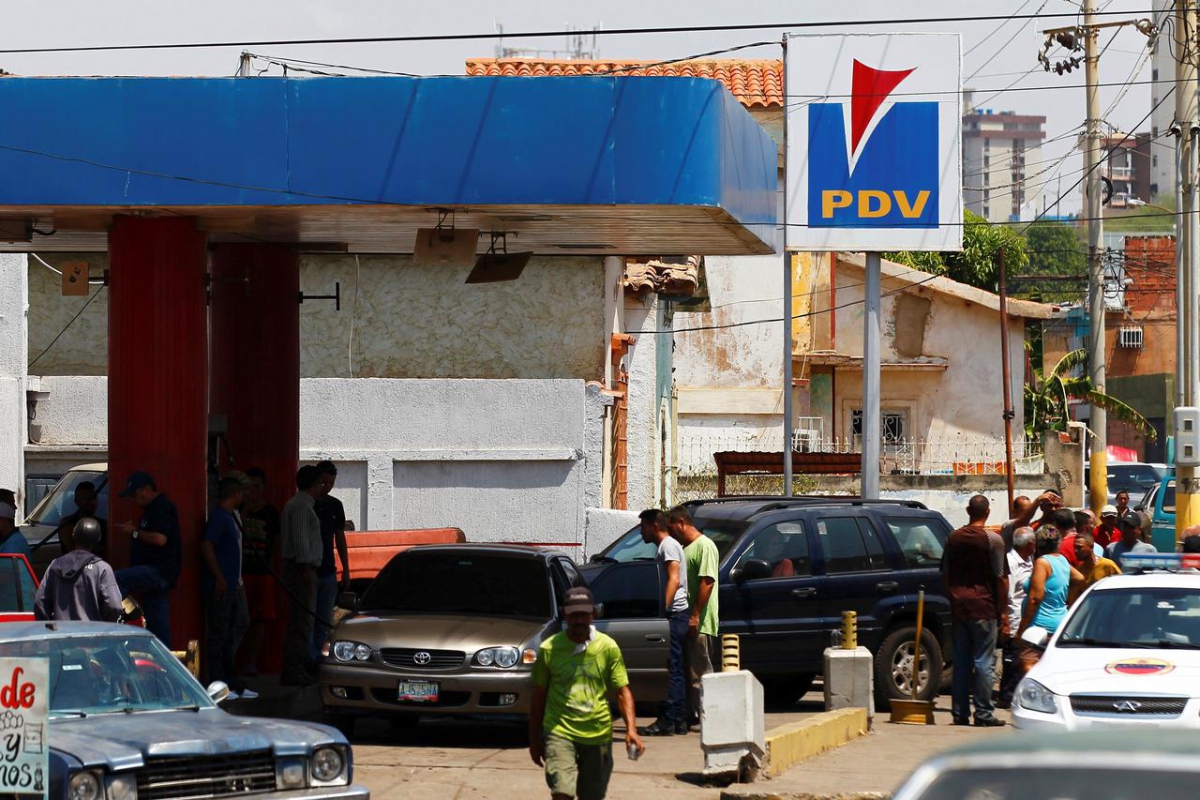 Large parts of Venezuela are suffering acute gasoline shortages as US oil sanctions begin to take effect on the nation’s fuel supply.

Long lines at gas stations have been reported in a growing number of states and localities throughout the country, with only a fraction of gas pumps open. Wait times vary from several hours to even days, with local residents in parts of Tachira, a western border state known as a hub of gasoline smuggling to Colombia, waiting up to three days to fill up their tanks.

In contrast, the Caracas metropolitan region has yet to see major interruptions in gasoline access, with authorities looking to maintain stable conditions in the capital.

The Venezuelan government has long maintained a generous gasoline subsidy, with drivers paying just fractions of a cent at the pump. Attempts to raise gas prices using a biometric subsidy system never got past the trial phase in September 2018.

However, the country’s declining oil production, significantly exacerbated by the impact of US economic sanctions, has led to growing shortages in recent years. Following the August 2017 imposition of financial sanctions by the Trump administration, crude output plummeted by 30 percent, falling from an average of 1.911 million barrels per day (bpd) in 2017 to 1.354 million in 2018.

Output further crashed in 2019 as a result of the US oil embargo imposed in late January as well as nationwide blackouts in March, falling to just 740 thousand bpd in March before rebounding slightly in April. Production was reported at 768 thousand bpd by OPEC secondary sources and at 1.037 million bpd by state oil company PDVSA’s direct communication last month.

Chronic shortages have been intensified in recent days as US oil sanctions take full effect. On April 28, exemptions permitting US gasoline exports to Venezuela expired, cutting off Venezuela from 54,000 bpd of fuel. The South American country is estimated to produce nearly 200,000 bpd of gasoline, short of the national demand of 250,000 bpd. According to Rafael Quiroz, Venezuela has reserves to last for around ten days, which may be in danger of depletion.

Another possible cause of the current shortages is the shutdown of the country’s second largest oil refinery, Cardon, which reportedly halted last week following damage to facilities, although it is not known if that contributed to the reduced fuel supply.

In response to the supply crisis, government representative for Tachira State Freddy Bernal announced Saturday he expects the situation to be normalized “within the next 72 hours,” although he did not offer details on the solution. Bernal also suggested that the government raise gas prices along the border with Colombia so as to reduce smuggling.

According to Reuters, three out of Venezuela’s four crude upgraders, which blend the country’s heavy crude into exportable grades, have been reactivated since the electricity outages. But a lack of buyers due to sanctions has forced the upgraders into so-called recirculation mode as oil facilities run out of storage space.

Caracas has scrambled to secure new markets following January’s oil embargo. Oil exports to the US decreased from over 500 thousand bpd in January to zero by the end of March. After picking up again in April, exports dropped off completely once more in May. Attempts to increase exports to India, including swap agreements of crude for diluents, were halted following US pressure.

Sanctions against PDVSA in August 2017 cost Venezuelan coffers an estimated $6 billion in the 12 subsequent months. If current production levels were to be maintained, Venezuela would lose an additional $6.8 billion in revenue over 2019.

A recent study by economists Jeffrey Sachs and Mark Weisbrot argued that US sanctions against Venezuela amount to “collective punishment,” with the specific targeting of the oil sector depriving Caracas of foreign currency needed for vital imports of food and medicine.