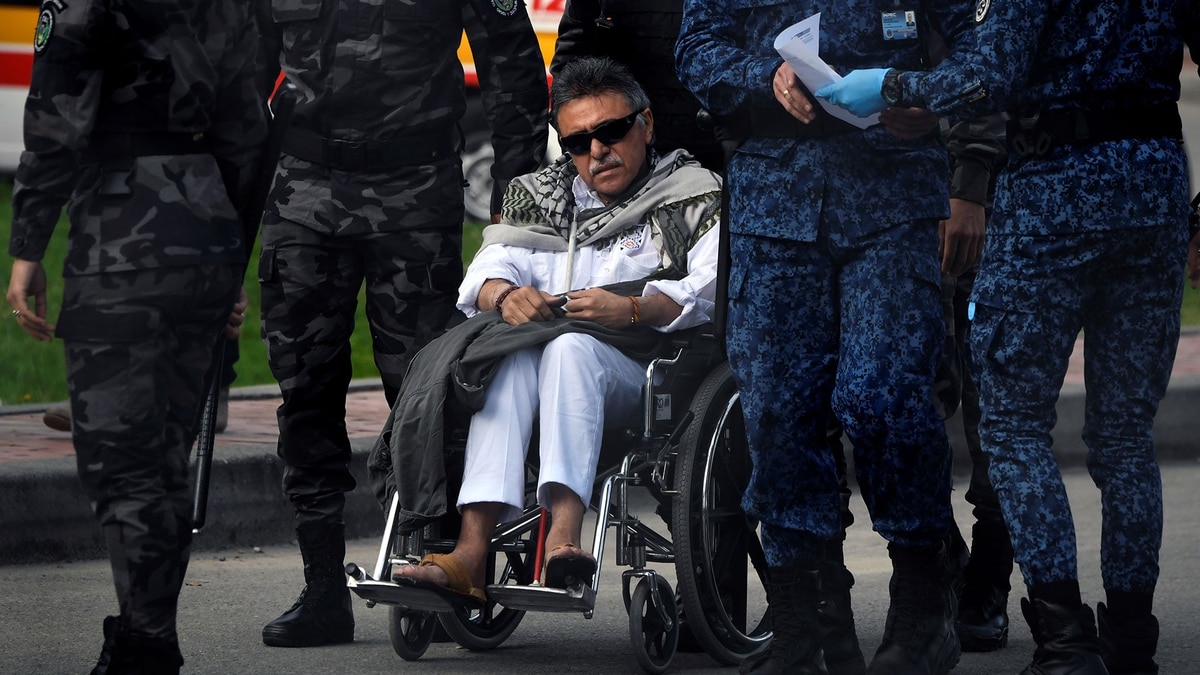 In case another sign was needed to prove that the peace agreements between the Revolutionary Armed Forces of Colombia (FARC) and the Colombian Government has become a huge trap for the revolutionary rebels, the painful situation lived by ex-guerrilla commander Jesus Santrich is the newest blow from the governing President Ivan Duque under the auspices of former President Alvaro Uribe. By illegally arresting Santich under the groundless accusation of “committing crimes subsequent to the signing of the final peace agreement,” his enemies opened a door for the ordinary justice system to control the prosecution and indulge the United States with his extradition to the north.

In the face of local and international pressure, the debilitated Special Jurisdiction for Peace subsequently decided to take on his case. Following several discussions, it barred his extradition and ordered his release. But Colombia is today in hands of a lawless Government that is not only bordering on fascism but, the same as its allies in Israel, is willing to disregard court rulings unfavorable for them and to act accordingly. For this reason, the case underwent another unexpected turn of events. Pressured by ex-president Uribe himself — who claimed the prisoner would not be freed and the extradition would be fulfilled — Santrich saw himself forced to try to sacrifice his life instead of passively accepting his removal to a Yankee extermination jail, the same as his compatriot Simon Trinidad who is stuck deep in a super max prison in the US state of Colorado.

For Santrich what happened next was what we knew would happen; the habeas corpus was passed and then police officers sedated Santrich, put him in a wheelchair and performed a false release that lasted only two minutes. They then rearrested him without any arrest warrant and took him to an emergency room after he suffered a cardiac and pulmonary arrest.

In the last year, Santrich has not only faced the harassment of being imprisoned but also of being associated with drug trafficking. He, above all, during all his militant life as a guerrilla fought Colombia’s rotten bourgeoisie who were major supporters for the drug trade together with U.S. drug dealers. Those who currently govern Colombia are this outrageously blatant, trying to condemn Santrich for something they are deeply involved in, specifically not only to protect drug cartels, like what took place during the criminal Uribe Administration, but they also created shadowy ad hoc paramilitary structures. Uribe’s own anti-guerrilla group CONVIVIR, as well as the United Self Defense Forces of Colombia, murdered tens of thousands people with the support of the Army under both the Uribe and Santos administrations. They are the same who now lead the Black Eagles group which, with the approval of current President Duque, are threatening and killing social leaders all over Colombia.

Santrich is a Latin American patriot; a man of sound ideas; a Marxist; revolutionary; a poet who spent his entire life struggling for a Colombia with social justice; who backed the idea of negotiating for peace in the Havana process without betraying his principles; who raised his voice when he saw the signed agreement was being distorted and disrespected by Colombia’s bourgeoisie, highlighting former president Santos’ betrayal and the weakness of their own group to reconstitute the process. He was not the only one – together with Ivan Marquez, Joaquin Gomez, Hernan Velazquez and other guerrilla leaders, they raised their voices and were self-critical, acknowledging that disarmament and other demands should have not been accepted before fulfilling the commitments reached by the two parties.

These are the reasons why the Uribe regime, now headed by his puppet Duque, keeps Santrich in jail. It’s an attempt to punish his decent behavior, while trying to send a message of obedience and subservience to those who continue opting for rebelliousness among and with the Colombian people. But Duque, Uribe and their supporters in Washington have it all wrong. Santrich is made of a special material, the same that made up men like Manuel Marulanda and Camilo Torres. They were all unyielding in the face of injustices and abuses; always fighters. This is why he is not surrendering to the provocations of his enemies. He continues fighting wherever he is, despite the serious situation he now finds himself in.

While he is resisting, international solidarity needs to be doubled to demand the immediate release of Jesus Santrich, to condemn attempts of the right-wing and Uribista regime in Colombia, and to openly reject any attempt of the U.S. to extradite him. Today, we are all Santrich.