LIVE | From the South: Venezuelan President Nicolas Maduro says investigations into April’s failed coup attempt show that the director of the country’s intelligence service was working undercover for the CIA. More on this and other stories now.

As the dust continues to settle following the failed coup attempt in Venezuela, arrests are being made and lawmakers who supported the coup have gone into hiding. @madeleintlSUR breaks down the events of April 30 and the repercussions of right-wing violence. 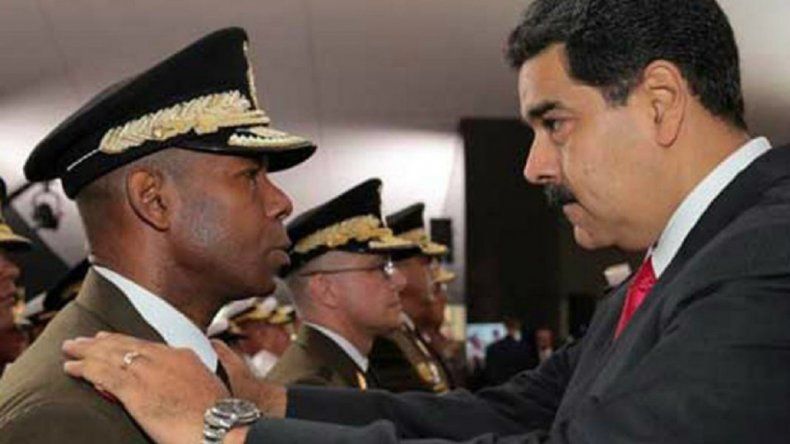 Venezuelan President Nicolas Maduro called his former intelligence chief a mastermind behind the recent botched coup attempt, claiming Caracas has proof that he was recruited by the CIA over a year ago.

During a televised speech on Friday, Maduro unleashed an attack on General Manuel Ricardo Cristopher Figuera, former director general of Venezuela’s National Intelligence Service (SEBIN), who defected from Maduro’s side in the wake of the failed military coup on April, 30. The coup attempt fizzled out within hours as it failed to attract broad support from the military, having been orchestrated by a small group of soldiers.

Maduro said that investigators were able to determine that Figuera was the driving force behind the attempt, and was apparently doing it at the behest of Washington.

“Investigations have succeeded in proving that General Manuel Ricardo Cristopher Figuera has been recruited by the CIA for more than a year,” Maduro said, adding that justice would be served on the “traitor” Figuera “sooner rather than later.”

After the coup flopped, opposition leader Juan Guaido, recognized as ‘interim president’ of Venezuela by the US and 50 other countries, lamented that the opposition did not have enough manpower and supporters within government circles.

While the opposition seemed to have been poorly prepared for a decisive push to topple Maduro, it might be explained by the fact that Figuera was apparently in a hurry to rush the coup before his imminent arrest.

Maduro revealed that he was given a heads-up by Defense Minister Vladimir Padrino, Supreme Court chief Maikel Moreno, and chief of the General Directorate of Military Counterintelligence, Iván Hernández Dala, about Figuera’s “strange behavior” in the run-up to the coup attempt.

Figuera was going to be fired and arrested at 9:00am on April 30, and that is what apparently prompted him to set the coup in motion, Maduro said.

The president also accused the former spy chief of spreading false rumors about Padrino and Moreno’s intent to join the opposition, both considered “honorable patriots” by Maduro.

Figuera became one of the most senior officials to switch sides and join the Guaido-led opposition. In a letter circulated after he broke ranks with Maduro, he wrote that his decision was prompted by his desire to “rebuild the country” and fight rampant corruption.

His defection earned lavish praise from US Vice President Mike Pence, who cited Figuera’s example as a rallying call for those Venezuelan serviceman who don’t want to suffer under US sanctions. Pence personally announced the lifting of all sanctions from Figuera on Tuesday, commending him for “taking a stand for the Bolivarian constitution and libertad.”