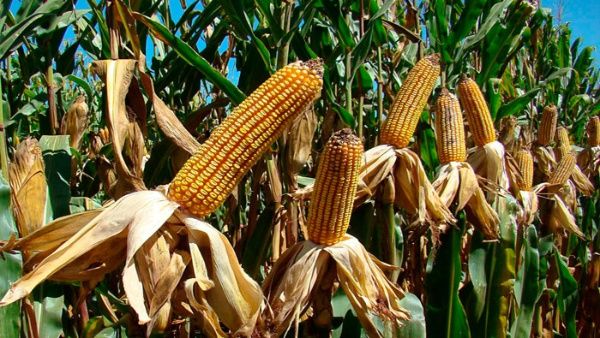 A law passed in 2003 by then-President Luiz Inácio Lula da Silva requires that intentional contaminants not be used in the production process. | Photo: EFE

According to an investigation revealed last year, about 40 thousand people were treated in the Brazilian health system from 2007 to 2017, after being exposed to toxic agro-chemicals.

Brazil is at the top of the world ranking in the consumption of agrochemicals. In the last two decades, the country increased the use of agro-toxics, mainly glyphosate, after the introduction of transgenic crops on a large scale.

In the South American giant, the use of these products increased 190 percent in 10 years. In addition, the government of Jair Bolsonaro, with just over 100 days in power, is systematically attacking the environment.

In less than four months, Agriculture Minister Tereza Cristina Correa granted 152 licenses for the registration of new agro-toxins in the territory, some of them considered harmful by the international scientific community and banned in consumer markets like Europe and North America.

The experts indicate that, under the argument of increasing production, the executive is sponsoring the poisoning of products aimed at the Brazilian people. In the long term, this also contributes to the loss of foreign buyers because the global trend is to reduce chemicals.

“About 70 percent of food is contaminated. Unfortunately, the same phenomenon occurs in family farming, because in the last 30 or 40 years, farmers had no options, technical assistance or alternatives other than the use of agrochemicals or fertilizers,” says Nilto Tatto, Federal Representative for the Workers’ Party in Sao Paulo, in exclusive statements to Telesur.

That is why, in the opinion of the congressman, the majority of foods in supermarkets and fairs have these poisons. According to the Brazilian Association of Collective Health, each inhabitant consumes an annual average of 7.3 liters of these substances.

However, since the impeachment against President Dilma Rousseff in 2016, the last two portfolios have been dismantled, and the Ministry of Agriculture, traditionally dedicated to agribusiness and profit, serves the interests of the large agro-chemical corporations – Bayer, BASF, Syngenta and Monsanto – relaxes legislation and allows the use of more poisons.

“We need to work deeply with the population. They must become aware of the evils that agrotoxics cause to the environment, the second factor of water pollution in Brazil. A recent study assures that one of every four rivers in the country has 27 different types of toxic agro-chemicals,” warns Nilto Tatto.

According to an investigation revealed last year, about 40 thousand people were treated in the Brazilian health system from 2007 to 2017, after being exposed to toxic agro-chemicals. Most of those affected were men.

The doctors confirmed that, of that number, 26,000 patients suffered clinical symptoms from poisoning such as nausea, diarrhea and respiratory problems. The tests also determined the presence of biochemical alterations in the blood and urine. The numbers confirm that at least seven people are poisoned per day.

“In the city of Teresina, in the extreme northeast of the country, maternal milk contaminated with glyphosate was detected; all the more serious because these women under study are not rural workers, so where did they get the glyphosate? By the water. In other words, the water we are drinking is now contaminated by the poison,” reports Joao Pedro Stédile, of the National Directorate of the Landless Movement, in an exclusive interview with Telesur.

Joao Daniel, deputy and coordinator of the Agrarian Center of the Workers Party in the Chamber of Deputies states that aerial spraying and the killing of bees caused the end of honey production in several regions.

“We have 8 thousand people with cancer. However, Brazilian medicine rarely says that these health problems are caused by agrotoxins. The companies do not allow the Ministry of Health, municipalities, states or citizens to demand that they pay for the cure of the disease caused by the poisons they sell,” he told Telesur.

For Joao Daniel, the struggle against the conservative force of agribusiness, the big transnationals and capital is very difficult, fundamentally because they also promote the pharmaceutical industry. “In addition to producing the poisons, they make remedies, cure diseases and so capital feeds on that cycle”.

In Stédile’s opinion, the only figures that the Brazilian Ministry of Health provides are for those farm workers who, affected by some kind of poison spray fall faint and die. “That’s about 200 or 300 workers a year, a smaller number than the reality,” he says.

“The most serious are the effects that these contaminated foods cause slowly and in the long term on people. Glyphosate, the main raw material for all these poisons, causes cancer. It is proven by several studies in Europe, the United States and here in Brazil at the National Cancer Institute,” he says.

Agroecology and the Landless Movement

A law passed in 2003 by then-President Luiz Inácio Lula da Silva requires that intentional pollutants not be used in the production process; the conservation of the biological diversity of ecosystems; the healthy use of soil, water and air; as well as the recycling of organic waste and the minimization of the use of non-renewable resources.

Brazil’s Landless Movement defends the agro-ecological product. In its conception, it reclaims the pre-industrial techniques used in family agriculture: less aggressive towards the ecosystem, related to modern scientific knowledge of water and soil analysis, and the habits and needs of local fauna.

“We debate with society about agroecological consumption as an alternative to poison. The people need to wake up to the urgency of agrarian reform and the fight against the diseases caused by the capitalist model of agriculture,” explains Alexandre Conceicao, of the National Coordination of the Landless Movement in statements to Telesur.

Stédile adds that a massive information campaign on this phenomenon is needed. “We were able to get the merchandise label to say if it is transgenic and approved it in Lula’s time, but there is still no identification on the products with the agro-toxic label, so that the person who goes to the supermarket has the option to reject it”.

Another of the benefits of agroecology is that crop rotation complies with the logic of the food of the producing family and not the financial planning of the landowners, which allows a more diversified production.

“Some artists and well-known personalities in Brazilian society have joined our struggle. There is concern among opinion shapers but still the working people are victims, they have no choice, they have to buy what they are offered, in this case, the merchandise contaminated by toxic agro-chemicals,” concludes Stédile.